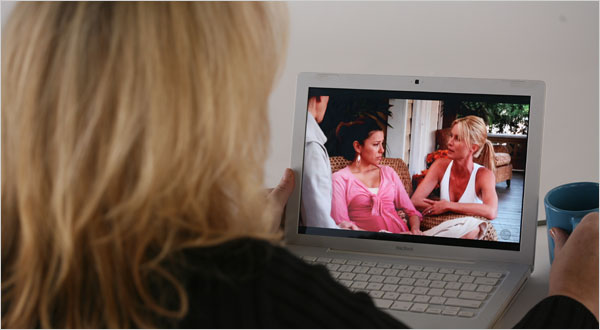 Watching television used to mean just that: watching a television set and whatever content happened to be on it at the time.

But in a world of second and third screens, on-demand content, and streaming video, “watching TV” can mean all sorts of things.

“[Canadians] are increasingly looking for flexibility in how they use their services; today, this means connecting to TV or video on tablets and smartphones, in addition to traditional access,” said Adrian Chung, account director at J.D. Power. “The ability to access content anywhere, anytime via multiple devices and locations represents a perceived value-add to new and existing subscriptions, which positively impacts both the customer experience and loyalty toward service providers.”

In 2014, 45 per cent of television service customers in Canada watch TV programming on additional devices, such as laptops, tablets and smartphones, compared with 42 per cent in 2013. When comparing viewing methods, U.S. customers more often view video content on tablets than do Canadian customers (21 per cent vs. 16 per cent, respectively), while viewing on laptops and desktops is more common in Canada than in the United States (35 per cent vs. 31 per cent, respectively).