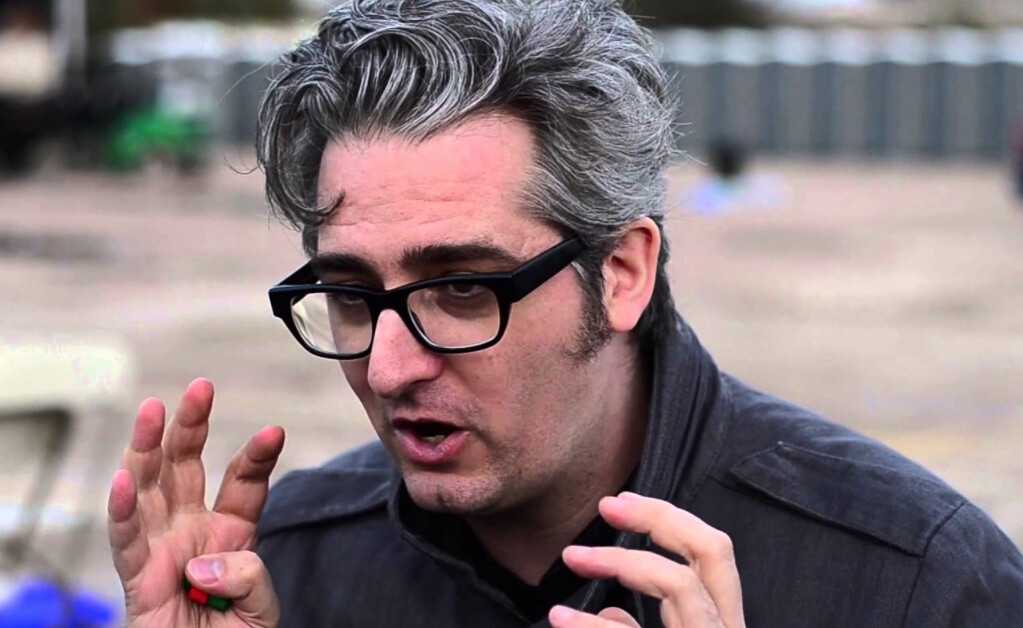 Thinking outside the box might be a bit of a cliché but for people like Bre Pettis, the founder of MakerBot, it’s led to some really great things.

Pettis, along with Dolly Singh, who was head of talent acquisition for SpaceX and Oculus VR before starting her own company, and architect William McDonough were at the Sage Summit in New Orleans this week. They spoke about how changing the way you think about things can lead to some pretty big breakthroughs. Here are four highlights from that conversation.

“The reason SpaceX is a remarkable company is that we didn’t just hire rocket scientists to make rockets,” says Singh. “We hired people who make all the amazing things in the work and it was that diversity of thought that created a much better solution.”

“To break the model and have revolutionary change, you have to bring people in from outside the model,” she says. Singh is now the founder of Thesis Couture, a startup that hired engineers to build a better high heel.

“I didn’t believe that anyone was looking at the high-heel from a physics standpoint,” she says.

When it comes to hiring, “my biggest one-liner tip is don’t hire anybody you wouldn’t work for,” she says. “If they’re not so good that you wouldn’t care if they were the boss or you’re the boss, then they’re probably not worth it.”

2. Failing isn’t failure unless you quit.

“I think that more than anything else, you realize that very little is impossible when you work for a guy like Elon [Musk] because he does not take no for an answer,” Singh says. “Unless it defies a fundamental law of physics, it can be done, that’s his theory. So you realize that most things aren’t impossible, they’re just a lot of hard work.”

Breaking new ground often means hitting walls – and that can sometimes look like failure but Singh doesn’t quite see it that way.

“I think the only real failure is if you quit, other than that it’s an opportunity to get better,” said Singh

“Failure’s tricky,” Pettis. “I think anybody who’s had success, you take off their shoes and their feet are just full of holes from places they’ve just shot themselves in the foot.”

McDonough, who has worked with companies like Google, Ford and NASA, has a similar view.

“Failure, unless you quit, is experience,” he says.

3. 3D-printing has changed a lot of things but it still hasn’t reached it’s potential.

“I can make anything, so my question now is what’s worth making,” says Pettis. “What are actually things that are worth making or having in the world.”

3D-printing means that “if you’re developing products, you should just have them,” he says. “It changes the way you think about things.”

Instead of spending months developing business plans before prototyping even begins, with 3D printing prototyping can come first, he says.
Now, he says prototyping, software and electronics have been democratized and made accessible.

“You can mix these things together with a really small team, or if you don’t sleep much, one person,” he says.

“The next challenge is actually optimizing manufacturing to make it accessible because you can make stuff on 3D printers but getting it to scale is one of the challenges right now,” Pettis says.

4. Thinking about things differently can turn negatives into positives.

When McDonough was designing a motorcycle factory in India, he had a problem – the State of “Rajasthan has a law that you have to replace any water that comes from the groundwater by 180 per cent, how do you do that? Steal it from the neighbours?,” he says. “So we thought, why don’t we just make water from the air?”

Using the plant’s power system, it’s not able to capture six million gallons of water from the air every year.

Since they had enough water, the also grew food on the roof, which created another 300 jobs at the factory for farmers. Inside the factory, the walls are covered in plants.

“It’s fun and it makes a lot of money and the world got better because we’re here,” he says.