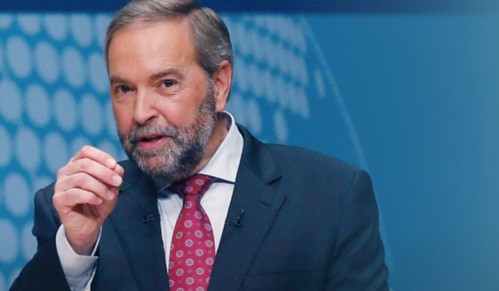 No, the NDP will not destroy the startup ecosystem.

First, let us address the “loophole” that is being talked about. In the early days of a tech company it is usual to give many of the first employees stock options. These are often in lieu of a market salary. The idea being to work now for less and have a small, but real, chance at a bigger payday later if the company succeeds.

Candidate Tom Mulcair is proposing to close the loophole where people selling stock options do so at capital gains tax rates (the first 50% is tax free, the second half is taxed normally), instead of normal income tax rates where 100% of earnings are taxable. This sounds scary to people holding options—myself included.

Many tech leaders are worried that this spells the death of the Canadian startup ecosystem. These alarmist reactions come from a good place in wanting to protect what we have all worked hard to build, but don’t appear to be warranted.

Believe me, the first time I heard Tom Mulcair say this during the debate, I started frantically googling “Stock Option Loophole.” Please, though, let’s clear up some facts.

Canada has an $800,000 small business lifetime capital gains exemption (LCGE). That means if you own shares in a Canadian business and you have owned those shares for at least two years, you get $800,000 tax free! Zero tax. Right in your pocket, thank you very much to Brian Mulroney. The NDP have no plans to touch that.

Also that amount is pegged to inflation so continues to rise year after year the 2015 amount will be $813,600. Hooray Canada! The USA has nothing of the sort, so I don’t expect a massive flow south. The orange are not coming for hard working young engineers first big paycheques. In fact the is a big advantage we have over our US counterparts, but is rarely lauded.

If you own the shares you are selling than they are treated as capital gains under this new plan, same as todays plan, provided you have owned them for two years. The closing of this loophole will not significantly affect founders of startups as the own their shares from day one and that clock starts ticking. The orange are not coming for founders exit money. The are not changing cap gains treatments, just options as salary as a tax avoidance scheme.

But it is true that share options would be treated differently. Any employee who does not outright own their shares, but rather only holds an option to buy may be treated differently—it is currently unclear whether you need to outright buy the stock and hold it for two years, or whether simply holding the option for two years qualifies, which is the situation today. The NDP has stated “We will work with technology industry leaders to establish fair guidelines that protect these companies and their employees and support entrepreneurship and innovation.”

If what the alarmists are saying is true, then early employee who is given stock options in a company that then goes on to find a successful exit or liquidity gets to hold on to first $800,000 tax free. The rest of the money is taxed as per usual income which is 29% federally, in BC that climbs to about 45% after the first $150,000 per year.

As an example, if an employee were to hold stock option worth $2,000,000 post exercising (and to be clear this would only be applying to the early employees of companies like Hootsuite and Shopify, a vast majority of employees hold significantly below the free threshold) Then the would be taxed at 50% for a little more than a million of their payday. Depending on their province, they would only get to keep about $1,550,000.

Significantly more than they would get for the same payday out of a San Francisco exit.