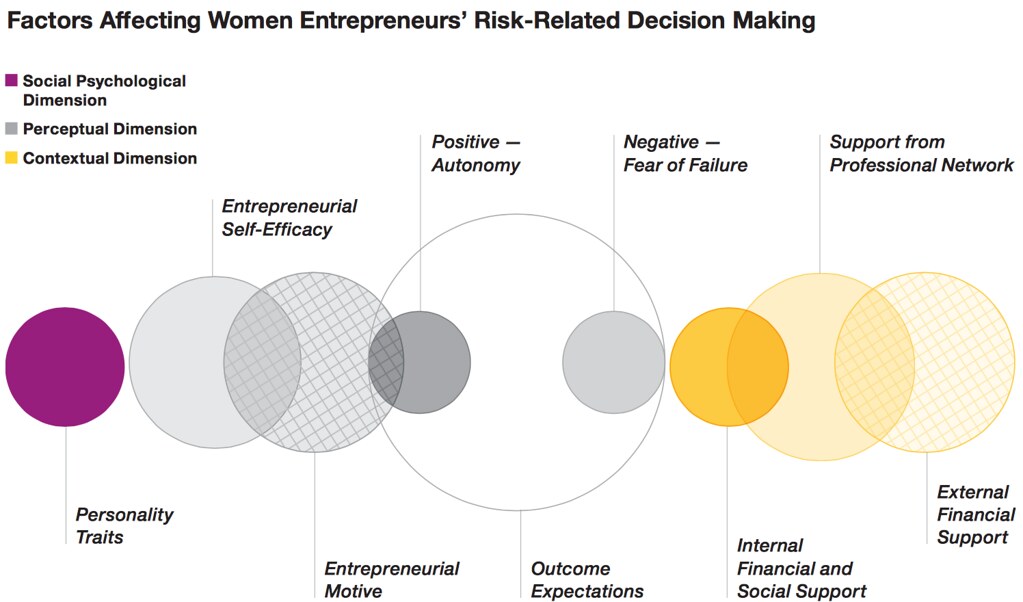 Women entrepreneurs in Canada are having a harder time securing funding for their businesses than men.

The reason may be because of the assumption that women are perceived as risk averse and unable to generate the same amount of growth as men.

A new study published by Carleton University, BMO Financial Group, and The Beacon Agency found that although female enterprises have increased in Canada, financial institutions and investors have not supported the resources they need to grow their businesses.

The study, called A Force to Reckon With: Women, Entrepreneurship and Risk, was published last month.

According to Clare Beckton, executive director for the Centre for Women in Politics and Public Leadership at Carleton University and co-author of the study, the assumption of risk-averse women in business was seen in literature and reports from banks.

“These reports assumed that all women entrepreneurs were the same, which in no way reflects the reality of the breadth and variety of women-owned businesses. This assumption could hurt a women entrepreneur’s ability to obtain funding for startup and growth,” she said.

According to Statistics Canada, the number of self-employed women climbed 23 per cent, compared to the 14 per cent of growth within self-employed men from 2001 and 2011.

This growth, says Beckton, could be because of the rise of female role models in business, and the increase of support organizations across Canada.

But despite being found as risk averse, businesses with majority female ownership report the highest instance of average yearly revenue growth, of over 20 per cent.

“The existing debate places too much emphasis on taking risk as the ultimate goal. Even though risk is an essential component of entrepreneurship, treating ‘risk-taking’ as the main objective of entrepreneurship obscures its economic and social implications,” the study writes.

Women entrepreneurs are not underperforming when compared to male entrepreneurs, and make decisions that require risk to grow, the study shows.

It is important to shift the notion of risk-taking as being central to success, to one that is risk “rational,” says Beckton.

The report also highlights that women entrepreneurs tend to take a relationship, and long-term approach to calculating risk-based decisions.

Building relationships with financial institutions early is one piece of advice that Beckton offers to women entrepreneurs.

“They will understand your business when you are ready to grow. Also take advantage of all the support organizations to help you find sources of funding for your business growth. Most importantly, believe in yourself and your success,” she said.