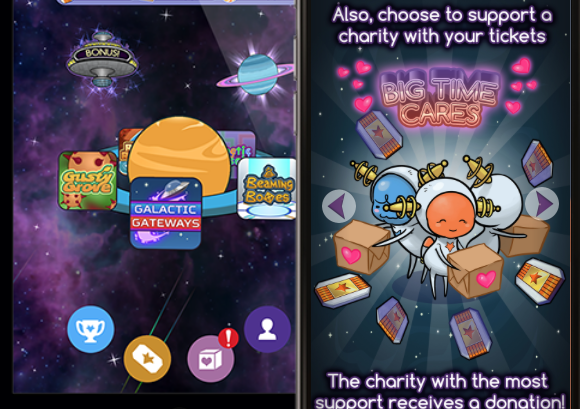 Most people are accustomed to paying for the games they enjoy on their phone – a sad reality of being addicted to the games you play on your phone. But what if it were possible to actually be paid for wasting your time?

That’s a thought that Jeremy Zuckerman had a couple of years ago while working as a manager and consultant in Toronto.

“I saw that we are constantly being advertised to as customers but we never actually get a piece of what our eyeballs are on,” Zuckerman says. “So I thought, how could we give back to every individual person?”

After six months of flushing out the idea, Zuckerman quit his job and, in July, became the founder of Toronto-based WINR Games, a startup that develops games that, depending on how much you play, give you a chance to win money.

“If I didn’t do it, someone else would do it so I just thought it was super time-sensitive and I needed to get out there and do it as fast possible,” Zuckerman says.

In November they officially released their Big Time app, which features different in-app games, including games like Kinetic Console, where players try to solve as many puzzles as possible before time runs out, and Rover Ranger, where players guide a rover through a landing base being careful to avoid caution signs.

“We like to draw off popular dynamics, like when Flappy Bird came out, there were a whole bunch of clones that did very well,” Zuckerman says. “People are drawn to dynamics at certain times and it doesn’t really matter if it’s the original or a similar game.”

Playing these games allows you to receive tickets for a weekly raffle where winners can earn a minimum of $1,000 – and the idea is to use ad dollars to cover the cost. At the same time, users of can choose to support charities and have the same amount of tickets that they’ve won go towards them – at the end of the week, the charity with the most tickets also gets a donation.

Right now, they have 50,000 users around the world. Besides the challenge of having to collect enough ad dollars to sustain them right now as a new company, Zuckerman says the biggest challenge is actually the fact that people won’t play the games because the concept is too good to be true.

“They don’t believe it when they hear it, they’re like, what? I have a chance to win money?” Zuckerman says. “That’s why we’re trying to get people talking about it because people are more likely to believe someone they trust that it’s real.”