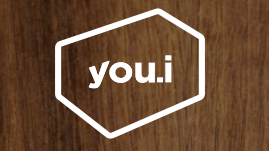 It took a few pivots for Ottawa-based You.i TV to find the winning formula. The company, founded in 2008, has gone from helping companies compete with the iPhone to targeting the home screen market.

The company developed a technology that can run congruent user interfaces on everything from mobile devices to smart TVs from a single codebase.

“We wrote an entire UI engine from graphics and back,” says You.i TV co-founder and CEO Jason Flick. This unique technology is paired with a patent that integrates Adobe tools necessary for designers to have ultimate control over how a person interacts with a screen.

“What we do is considered impossible,” says Flick. This is because shipping an app on multiple platforms is a multi-vendor and time-consuming process.

“There are 31 platforms to get on, like Roku and LG smart TVs. You literally need to go to at least 25 vendors to get those 31 platforms and it’s hundreds of thousands of lines of code,” says Flick.

Instead, You.i TV provides “one beautiful experience. We literally compile on those 31 platforms. It’s similar to how Angry Birds runs the same on a smart TV as it does on an iPad.”

This saves a significant amount of time in development and helps companies launch their application across all platforms much sooner.

“Why do people choose us? We have state of the art, direct-to-customer technology,” Flick says. He also points out that they have yet to use a technical deck – they win over clients based on the interface design and how quickly they can deliver applications on every platform.

“Sony Crackle – aside from Netflix – is the most prolific streaming service. Their new approach to video is ‘always on’ – it immediately knows who you are, picks a show and goes to the most interesting part,” says Flick.

You.i designed the Treehouse TV app for Corus, which has “completely rethought the experience for kids – there are characters living in a 3D environment and videos that pop up in the background,” adds Flick. He also teased that there will be more apps on the way for Corus.

This steady stream of projects has contributed to You.i TV’s growth in both revenue and company size. Just last year, the company added 100 staff. Flick says that in the next influx they’ll get to 200 people.

In terms of revenue growth, You.i TV was named one of Ottawa’s fastest-growing companies by the Ottawa Business Journal for the second year in a row.

Flick is thrilled with the progression of the company. “It certainly took a little while to focus, but I’m very happy to be winning awards about revenue as opposed to just tech.”