2018 Was Another Big Year for Chicago Tech

Here are some of the Windy City’s most important tech industry stories and developments from the year that was.

The Chicago Tech Sector Gets Noticed

In 2018, companies like Rio Tinto, Showpad, and Iam bank expanded their Chicago-based operations, and for good reason: the city is gaining a reputation for its abundance of talent. Illinois ranks fifth across the United States for STEM graduates, with nearly 25,000 degrees awarded in 2017. It is also the fifth-largest STEM workforce in the country, with more than 320,000 professionals.

The city also has some of the lowest-tech wages and the slowest tech wage growth among top metro areas in the country. While this isn’t great news for tech professionals, it is offset by the region’s reasonable cost of living and the fact that operational savings are attracting new investment. 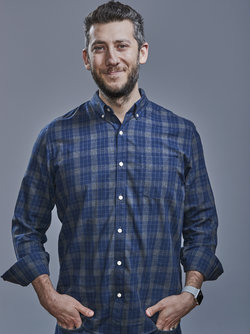 Foursquare, for example, plans to hire a half-dozen engineers in the city this year, with a focus on data science, analytics, and machine learning. Yes, six new employees are not exactly earth-shattering, but the news is notable when you consider that the company also looked at Toronto, Austin, and Montreal as possible destinations for expansion.

These are some of the reasons why Chicago has been called the best startup city in the Midwest, with 357 startups founded in the last three years. This kind of entrepreneurial spirit is attracting younger workers: Individuals aged 25 to 34 with a bachelor’s degree are relocating to Chicago faster than any other city. At the end of 2017, the city had more than 14,000 tech businesses and 341,600 tech workers, which had increased by 15 percent from the year before. This looks to have continued in 2018, as in November, Mayor Rahm Emanuel announced that 16 local technology companies had added or will be adding a combined 2,000 jobs in Chicago within 2019.

All of this hasn’t gone unnoticed. In March, KPMG released the “Changing Landscape of Disruption Technologies” study, which had Chicago and Boston in joint second place as the most innovative city nationwide. “Chicago and Boston are positioned to be leading tech hubs for years to come given the continued rise in VC investment and the incremental presence of ikey tech giants,” the study wrote.

That same month, the city won a Smart 50 Award from Smart Cities Connect, which honors the 50 most innovative and influential projects each year from around the globe. Chicago was included for its Array of Things program, which will act as a “fitness tracker” for the city, measuring liveability factors like climate, air quality, and noise to detect traffic, improve pedestrian safety, identify standing water, and more.

“The Array of Things program is another example of the City’s commitment to developing and implementing new technology that will help fuel opportunity and engagement to help Chicago become a more transparent, innovative, effective and efficient city,” Mayor Emanuel said.

The City Raises the Bar

Building on that momentum, Chicago launched numerous initiatives in the past year to bring the city’s tech scene to the next level. 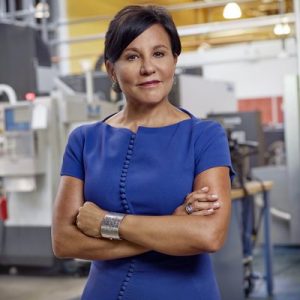 In October, Chris Gladwin and former U.S. Secretary of Commerce Penny Pritzer launched P33, which aims to make Chicago a top global innovation hub by 2033. Made up of close to 200 business and computer leaders, educators, entrepreneurs, tech experts, and policymakers, its goal is to reclaim the city as the “World’s Brightest Spot” for technological discovery and development.

“Together, we will harness the collective power of what’s already happening in Chicago today to build momentum for tomorrow,” said Pritzker. “We plan to make Chicago a magnet for technology’s next era of creators and generate opportunity across all industries for everyone living in our city.”

That same month, the city announced that it would be the first in the world to pilot the Smart City Digital Inclusion Maturity Model, an assessment tool created by G3ict and World Enabled with support from Microsoft. Designed to help city leaders and urban planners better understand the needs of people with disabilities, the Maturity Model helps measure digital inclusion and track progress.

In June, the city also began a collaboration with The Boring Company, founded by Elon Musk. The goal of the collaboration is to build the Chicago Express Loop, a system of autonomous vehicles that will transport passengers to O’Hare International Airport at speeds over 100 mph.

“If you look at the history of Chicago…every time we’ve been an innovator in transportation, we have seized the future,” Mayor Rahm Emanuel told the Chicago Tribune. “I think figuring out — when time is money — how to shrink the distance between the economic and job engines of O’Hare and downtown positions Chicago as the global leader and global city in the United States.” 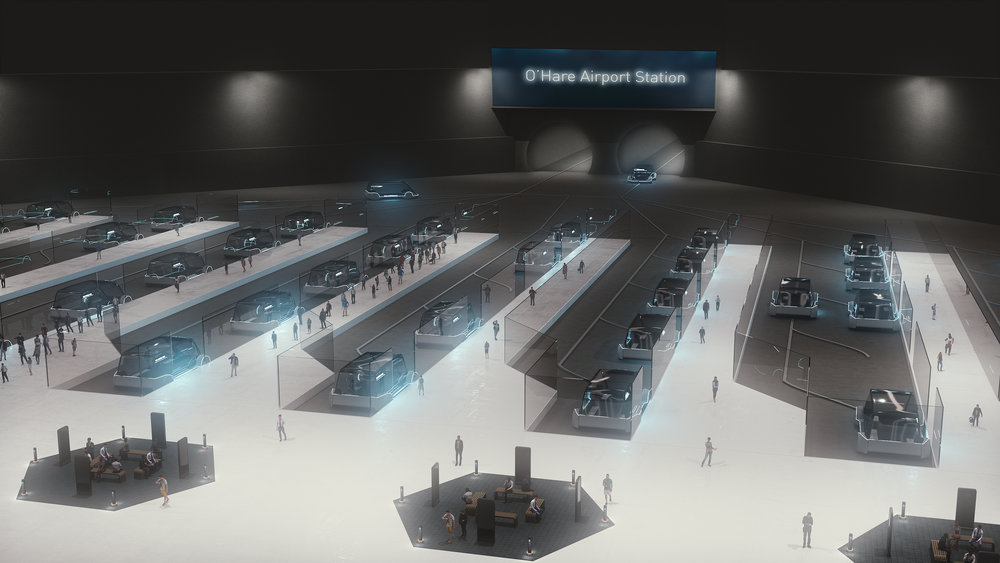 In August, ChicagoNEXT (an initiative of World Business Chicago, the Mayor’s Office, the University of Illinois, and C3) hosted the three-day ThinkChicago: Lollapalooza 2018 program. ThinkChicago invited 200 of the nation’s top tech and business students to experience one of the country’s most popular music festivals, meet Chicago tech icons, and pitch ideas.

“ThinkChicago inspires students to unleash their career potential by exploring opportunities with Chicago startups and innovative companies,” Mark Tebbe, chairman of ChicagoNEXT said. “By connecting this top talent to Chicago and its leading businesses, it’s a win-win-win for our city, companies, and students who are ready to start their careers.”

The city also created a new design office under its Department of Innovation and Technology earlier this year. The office aims to designs digital products and services, with its mission “to listen, amplify, and design with the community to build better technology experiences for everyone.”

Another Big Year on the Funding Front

While falling short of the record-setting amount raised in 2017 ($1.7 billion total), this past year was still great for Chicago tech, with almost $1.4 billion in funding. The city also continues to provide a good return on investment. According to Pitchbook, Chicago startups give investors a median multiple on invested capital (MOIC – calculated by dividing startup exit value by the total amount of venture capital raised by the startup) of 5.6 times, which is better than the Bay Area, New York, and Boston. 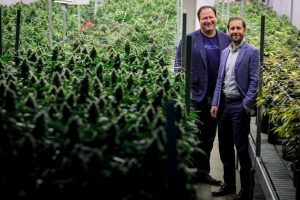 The largest funding rounds of the year took place in October when local companies raised more than $405 million. This was led by cannabis company Cresco Labs, which announced $100 million in Series D funding round, making it the second-largest private funding round in U.S. cannabis history.  The funds will allow Cresco Labs to expand the production of their “medically-focused and adult-use” cannabis products. 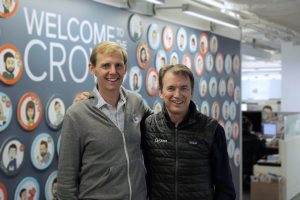 Meanwhile, social media management platform Sprout Social announced it had raised $40.5 million in new funding led by Future Fund, an investment fund spearheaded by the Australian Government. Sprout Social has now raised $103.5 million in all, with the latest funding intended for product improvements and international expansion.

Expansions in the Windy City

Although Chicago failed to land Amazon’s HQ2, it did make the top five – out of a total of 238 cities. This underscored much of what the city had to offer, and other tech titans took notice.

Facebook announced in June that it was expanding in the Windy City, opening a 263,000 square feet office downtown. The social media giant is also expected to hire close to 500 new employees in the city, including tech, sales, and office support staff.

Google announced in October that it leased an additional 132,000 square feet of office space in the Fulton Market district.

“What started out as a small sales office has now grown to house some of Google’s most critical teams with roughly over 1,000 employees working across product, engineering, technical infrastructure, advertising and more,” Karen Sauder, Google’s Vice President told the Chicago Tribune. “Chicago is considered an innovation hub for the greater Midwest and attracts incredible talent from across all industries.” 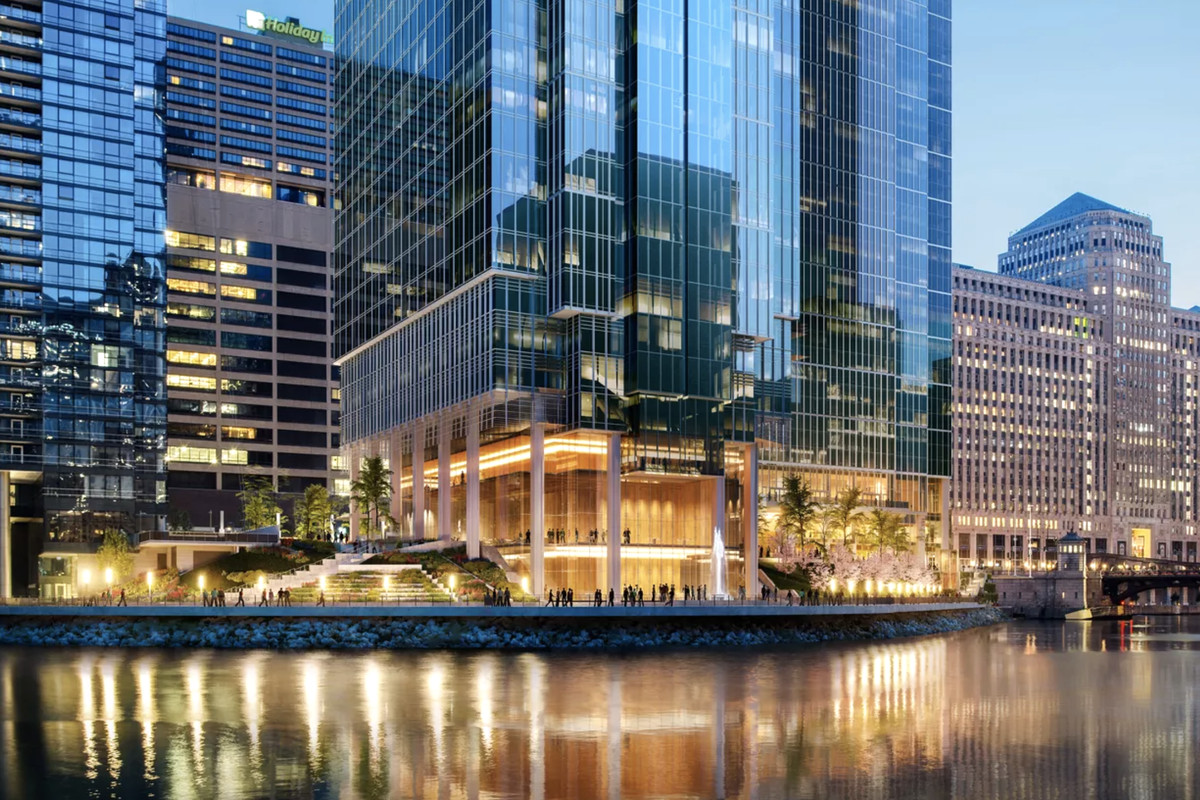 Possibly most impressive was the announcement that Salesforce will open a new, 57-story Salesforce Tower, paying 475 million over 17 years for a 500,000-square-foot lease.

“Chicago is the Midwest’s largest city with a global and economic force that attracts a wealth of talent and international business,” said Tyler Prince, EVP of Industries and Partners at Salesforce told Built in Chicago. “Salesforce is committed to continued growth in the region and supporting our thousands of Chicago-based customers and partners as they transform their businesses and connect with their customers in new ways.”

By 2023, when the new Salesforce Tower Chicago opens, the company plans on moving its 1,400 existing workers there and hiring 1,000 more. By that time, it may be just one of several beacons for a soaring local tech industry that shows no signs of letting up.

Guide to the Chicago Tech Scene

Looking to break into the Chicago tech scene? Step inside for our guide to one of the fastest-growing tech hubs in the entire world.

6 Great Chicago Startups You Should Know

Chicago is climbing to the top of the list of the world’s most important tech hubs. Here are six startups leading the way.