6 Great Chicago Startups You Should Know

Chicago’s thriving tech ecosystem enjoyed a banner 2018, and it has quickly climbed near the top of the list of the world’s most promising tech hubs.

Crain’s Chicago Business reported that 2018 was the best year for Chicago’s venture-backed startup acquisitions in recent memory, and PitchBook’s 2018 Chicago VC Ecosystem report found that the city is outpacing other U.S. venture ecosystems, including the Bay Area and New York, in median multiple on invested capital. And recent studies from KPMG and the Startup Genome Project hailed Chicago as one of the top 10 global cities set to become hubs of technological information in the next few years.

We took a deeper look at six of the great startups leading the way for Chicago.

Have you ever wished you could send a short video message from a celebrity as a gift to a friend – say, from NBA legend Kareem Abdul-Jabbar, actor-rapper Ice T, or actress Jennifer Love Hewitt? Enter Cameo, a startup that has grown rapidly since its recent launch in March 2017 and attracted significant media attention – including meriting a spot on Time Magazine’s 50 Most Genius Companies of 2018 list. 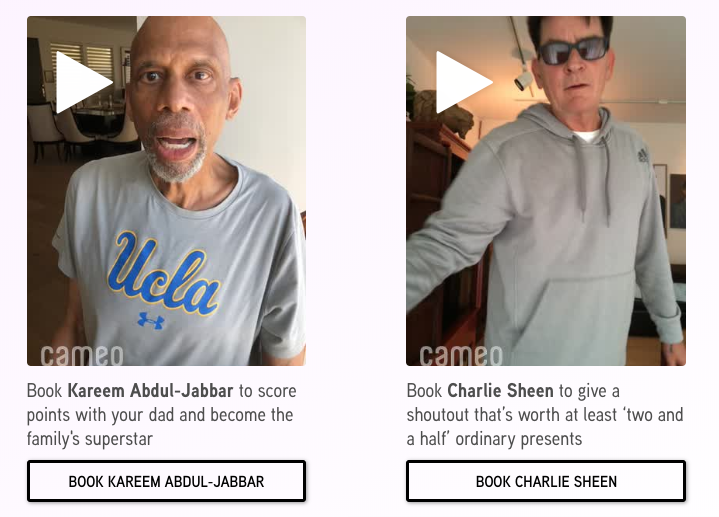 Just 26 months after launch, Cameo boasts a talent roster of 15,000 athletes, actors, performers and social-media influencers who have fulfilled a total of 275,000 personalized video shoutouts. Talent set their own prices from $5 to $2,500 and keep 75 percent of their revenue. According to Cameo, rapper Snoop Dogg and Bethenny Frankel were so enthusiastic about their experience with the company, they became investors.

They aren’t the only ones bullish on Cameo. In June, the company closed a $50 million Series B round led by Kleiner Perkins just months after closing a $12.5 Series A round in November.

CEO Steven Galanis said then that the goal was international expansion, but they’re expanding locally too. At the start of 2019, their Chicago office was home to just 22 employees – months later, the headcount has risen above 100, with 50 more hires expected this year.

Founded in 2014 by serial entrepreneur Jett McCandless, project44 now has 130 local employees in Chicago – with plans to hire 200 more over the next year – whose perks and benefits include paid volunteer time, happy hours, fitness subsidies, an onsite gym, and a game room. 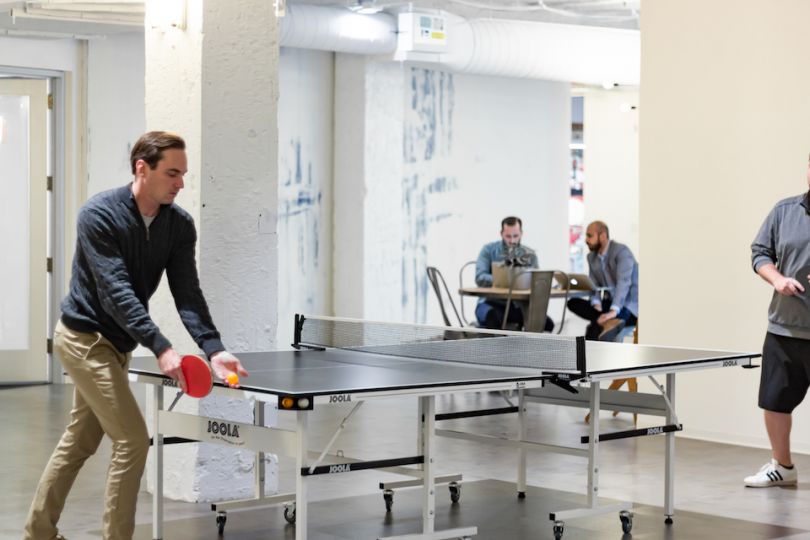 A $45 million round of Series C funding in October 2018 brought its total funding up to $90.5 million, and in December project44 announced the acquisition of GateHouse Logistics, instantly creating the largest visibility platform across North America and Europe.

Founded in 2015 by Groupon Co-Founder Eric Lefkofsky, the oncology-focused health tech unicorn Tempus has seen its profile absolutely soar in just a few years. The precision medicine company has built the world’s largest library of clinical and molecular data alongside an operating system to make that information accessible for doctors, patients, and researchers.

In fact, the company boasts that the platform now touches more than one in four cancer patients in the U.S. Tempus also has partnerships with leading oncology hubs like the American Society of Clinical Oncology and the Mayo Clinic. Still, it really is hard to believe just how fast Tempus has grown – in May, the startup scored $200 million in Series F financing to bring its total funding to $520 million and carry its staggering valuation over the $3 billion mark.

In addition to perks including unlimited vacation, commuter benefits, and an in-house barista, employees say they love the fact that they get to make a positive contribution to the world.

“The professional growth opportunities here are infinite, but the greatest opportunity has been hearing stories from patients who are still alive today because of their Tempus results,” said Alissa Ampezzan, Director of Design. “Each one of those gives me goosebumps – that will never get old.

An all-in-one social-media management and analytics platform, Sprout Social has indeed blossomed into one of Chicago’s top startups, especially for those looking for a company with a commitment to work-life balance and a generous slate of benefits.

Those perks include free daily breakfast and lunch, comprehensive health, vision, dental and life insurance, and a 401(K) matching program. It doesn’t end there; the 415 employees based in the company’s office in the Loop – which features an onsite gym – also enjoy progressive parental leave, unlimited vacation, paid volunteer time, transportation benefits, free Divvy memberships, and wellness initiatives centered on health and financial well-being.

On top of everything else, the startup has a documented equal pay policy and a commitment to diversity.

“One of the most exciting parts about joining Team Sprout is that people of all backgrounds can thrive and grow here,” said Chief People Officer Maureen Calabrese.

The success of this food-delivery app would have any entrepreneur drooling. Celebrating its 15th anniversary this year, Grubhub quickly became the top food delivery app in the country after launching in 2004 and is still thriving despite competition from Silicon Valley-based rivals Uber Eats and DoorDash.

“There’s a strong focus on constant improvement and learning,” said Software Engineer Pranay Nanda. “This collaborative culture at Grubhub has helped me home my craft and grow my engineering skill set immensely.”

With more than 1,000 companies now relying on FourKites for real-time visibility, the startup has grown from a mere six employees when it launched in 2014 to 200-plus, with 190 of those based in its Chicago office.

With $50 million in new funding after a Series C round (led by existing investors August Capital, Bain Capital Ventures, CEAS Investments, and Hyde Park Angels), FourKites’ total capital has now grown to $100.5 million. Even as the company grows, employees rave about its close-knit culture.

“I had a 30-minute conversation with our CEO today. He was specifically asking me where we were with an account and what my thoughts are,” said Patrick Cox, a Sales Development Representative with the company. “Everybody’s friends here. We have a happy hour once every month, and I can name everybody here.”