New York City’s tech sector now encompasses more than 326,000 jobs, its startup ecosystem is valued at more than $71 billion, and its tech workers’ average salary of $147,300 dwarfs the citywide average of $89,100.

But with all that success, the one problem keeping executives in the City That Never Sleeps up at night might be how to find the right talent to fill that abundance of jobs.

Eighty percent of companies in New York City said they planned to hire new tech talent in 2018 according to a survey from Accenture and Tech:NYC, with more than half reporting that they planned to increase their workforce by more than 20 percent. But the survey also found that only half of the respondents expressed confidence in their ability to hire from within the New York innovation ecosystem, and half of all responding companies likewise said they wouldn’t be able to innovate at the same pace without that talent.

Employment in New York City’s tech sector increased by 57 percent between 2010 and 2017, according to the State Comptroller, and it wasn’t just tech companies hiring tech workers; the number of tech jobs in non-tech industries increased by 31 percent.

So where are the jobs? Here are five growing industries in New York that are particularly hungry for tech talent.

When it comes to the cybersecurity industry, New York hasn’t been shy about its ambition – the Big Apple wants to be No. 1 worldwide. 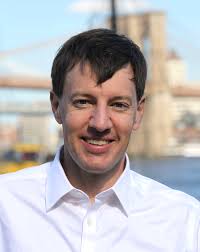 “Cybersecurity has never been more important to the pillars of New York’s economy–sectors like finance, healthcare, media, and technology–and it will only grow more crucial,” said Manhattan Borough President Gale A. Brewer. “You only have to open a newspaper to see how vast the need for cybersecurity is today. Investing in this industry is timely, it plays to New York’s strengths, and it will deliver a real return.”

It’s already working. The Global Startup Ecosystems Report found that cybersecurity was one of the three fastest startup sub-sectors for growth, which is unsurprising given that cybersecurity generated more than $1 billion in VC investment in New York in 2017 alone.

Clearly, there is no shortage of thriving cybersecurity firms – and therefore a corresponding surplus of jobs – in New York. Among the more than 100 cybersecurity companies headquartered in New York, some of the industry leaders include global digital forensics and incident response firm LIFARS, data security and insider threat detection pioneer Varonis, and industrial cyber protection firm Bayshore Networks.

“We are at a seminal moment in the trajectory of the cybersecurity industry,” said James Patchett, President and Chief Executive of the New York City Economic Development Corporation.

When you consider that Wall Street remains the beating heart of American – and even global – finance, it only makes sense that New York’s fintech industry has caught fire.

If anything, it’s surprising it didn’t happen sooner. A June 2016 report from Accenture revealed that for the first time, more fintech venture capital flowed into New York than San Francisco.

Certainly, it’s a fertile industry for job-seekers, and it’s not just fintech startups that are hiring.

Over the last three months of 2018, three of the five companies with the most tech-related job listings on Indeed.com in New York were well-established financial services companies, including BNY Mellon, JPMorgan Chase, and Morgan Stanley.

According to the New York City Healthcare Venture Capital Report, 79 NYC-based healthcare companies received $703 million in funding in 2017 (it helps that there are 300 venture firms investing in healthcare with headquarters or dedicated offices in the city). Those numbers – encouraging as they were – were blown out of the water in 2018, which began with Roche’s record-setting $1.9 billion acquisition of digital health analytics startup Flatiron Health, the largest tech acquisition in New York history.

Public and private support in this sub-sector has been particularly robust. The aforementioned growth has been powered in part by programs including the Digital Health Breakthrough Network, StartUp Health, ELabNYC, LifeSci NYC, and the New York Digital Health Innovation Lab. The New York City Economic Development Corporation also announced last year the city would provide up to $100 million to build the Applied Life Sciences Hub while also providing $17 million to help with the June launch of Johnson & Johnson’s new JLabs biotech incubator at the New York Genome Center.

Even within New York’s healthtech and life sciences sub-sector, there’s considerable diversity. Consider that some of the city’s top startups have included ZocDoc (which helps to alleviate pain points in the online booking process), online therapy platform Talkspace, or Call9, which aims to help nursing home patients.

Until very recently, the manufacturing industry in New York City seemed to be on its last legs.

The city lost an average of 8,370 manufacturing jobs annually between 2001 and 2011. Since then, however, observers have been encouraged by a gradual uptick in manufacturing employment powered less by traditional manufacturers and more by small specialty producers, many of whom do work that is heavily reliant on tech. Further, while the tech manufacturing industry is still in its fledgling stages in New York City, jobs at those companies have increased by 36 percent since 2010.

One area of strength? New York’s 3D printing community, considered the largest in the world. According to July 2016 data from 3D Hubs, New York was home to 3,739 makers and 516 3D printers, far ahead of second-place L.A., and third-place London. Leading companies include Shapeways, 3D Brooklyn, 3D Hubs, and Voodoo Manufacturing.

With the 3D printing market expected to grow to $30.19 billion by 2022, New York is uniquely positioned to take advantage.

Likewise, advanced manufacturing and robotics startups in New York have seen a 189 percent increase in early-stage funding deals over the past five years. That growth has been bolstered by government initiatives including Brooklyn’s New Lab, a technology center and public-private partnership that hosts over 100 companies, and the Futureworks NYC program, an accelerator of affordable manufacturing spaces that aims to increase local production.

“Futureworks NYC will make this sector more accessible by connecting entrepreneurs with the technology and support they need to grow companies and create new jobs.”

New York has always been a shopping mecca – and that’s even truer today, whether the city’s retailers are serving locals or online customers all around the world.

First, it’s worth considering just how prominent a role New York plays in both the fashion and larger retail industry. According to the Fashion NYC 2020 report, New York houses roughly 900 fashion companies and stands as the largest retail market in the country, generating more than $15 billion in sales annually. That helps to explain why it’s not just eCommerce startups hiring tech workers, either; tech jobs in retail in New York grew by 78 percent between 2010 and 2016.

The robust local retail industry and the city’s unique energy has created an ecosystem for fashion, lifestyle and beauty startups unlike any other, and it’s no wonder then that so many have thrived, including beauty subscription service Birchbox, shaving supply service Harry’s, period-proof underwear maker THINX, gift emporium UncommonGoods, and online eyewear retailer Warby Parker. 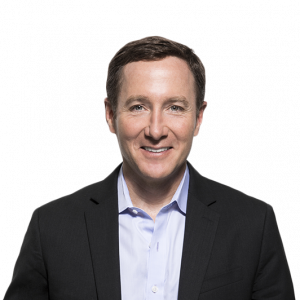 John Foley, the Founder and CEO of Peloton

“There is no other place Warby Parker could exist,” Co-founder and Co-CEO Neil Blumenthal told Crain’s New York Business. “We are at the intersection of the tech startup world, the fashion world, the retail world, and the social enterprise world.”

If you look to nearly any subcategory of eCommerce, you will find startups thriving in New York. For instance, for food delivery or meal-kit subscription services, NYC has spawned Blue Apron, Try the World, Food52, and Minibar.

It doesn’t end there. Other major success stories include mattress retailer Casper and Peloton, which aims to create an indoor cycling studio experience that can be accessed from anywhere. Peloton raised $550 million in 2018 to bring its total to $994.7 million in equity funding ahead of its expected IPO this year.

“Unlike Silicon Valley, New York has embraced businesses that marry technology and consumer goods, including my own company, Peloton. Our business could not have been born anywhere else,” Peloton Founder and CEO John Foley said.

“And as an aspiring global lifestyle brand, we benefit from our proximity to Fifth and Madison avenues, with its understanding of consumer sensibilities, retail, fashion, advertising, and branding.”