6 Things We Learned at Collision 2019

Collision 2019 has come and gone, and the massive tech conference did not disappoint, with thousands of attendees, exhibitors, and speakers from some of the largest and most innovative companies in the world.

It’s impossible to sum up the entire conference, but here is a snapshot of some of the things we learned at Collision 2019.

Technology is Impacting the World (for Better or Worse)

This month, we are hosting a series of panel discussions on the use of data science for social good, which touch on the different ways companies are using data to affect change. A number of Collision talks also pointed to the impact technology is having on a societal level, and it wasn’t always pretty.

For evidence, look no further than a session with Mona Siddiqui, the CDO of the U.S. Department of Health and Human Services, which focused on tech’s role in the spread of misinformation, particularly when it comes to the pro-disease (or anti-vax) movement.

In short, with the online marketplace of information, it’s difficult to separate fact from opinion, which can lead to the rapid spread of false information.

“As more and more of us use social media as the primary source of information, we need to really think about the responsibility of some of these companies around how they’re differentiating information from opinion,” she said, adding that it can’t all be left up to private companies.

Linda Boff, GE’s Chief Marketing Officer, also brought up that sense of responsibility and purpose and explained how it can be a source of ongoing career motivation.

“To work in a company that’s involved with tech, where the outcomes are driving healthcare, in areas where affordability is an issue, driving power to the third of the world that doesn’t have electricity…these things are a way of looking at technology that don’t get the halo that they should.”

Talent is a Fundamental Aspect of Digital Transformation

The trouble is, finding skilled talent can be quite difficult, and numerous executives cited frustration with the outcomes of the traditional educational model.

“I don’t believe that we’re getting the talent coming from universities or academia that has the skill sets that we need for the future,” said Karen Walker, CMO of Cisco Systems.

The Tech Industry is Rethinking the Role of Social Media

One way or the other, conversations almost always turned toward social media, and the impact it was having on our day-to-day lives.

“There isn’t really a way for the business model of those media tech platforms to measure and monetize a meaningful creative experience … you start thinking while you’re singing or writing, is this going to get a lot of likes? How many followers is this going to get me? And I think that’s not really good for the creative process,” Gordon-Levitt said.

Equally critical was Journalist and Recode Co-Founder Kara Swisher who, while claiming that Facebook had “ruined democracy,” argued that social networks had to take greater responsibility for the power and influence they had.

Alex Stamos, an Adjunct Professor at Stanford University and the former Chief Security Officer at Facebook, disagreed, and while not completely absolving the social network, he argued that that issues with Facebook were actually “issues with humanity itself.”

“Anti-vaxxers, and crazy parents today recommending bleach, this is the collective decision making of millions of people when you give them a freedom they haven’t had before,” Stamos said.

Swisher also held a session with Ev Williams, a Co-Founder of Twitter and Medium, whose views on social media fell much closer to hers.

“Social media amplifies all the bad aspects of humanity,” Williams said, adding that he was, nevertheless, hopeful for the future.

“There is a better version of social media to be invented. I don’t know if that will happen incrementally … or if it will happen with completely new paradigms to come around. But it will happen,” he said.

Data is Everything (and Everywhere)

From self-driving cars to improving the banking industry, the conference made clear that data is driving innovation and decision-making across industries. 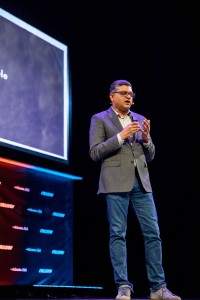 Mass media company Condé Nast, for example, used data to create an entirely new health vertical, which had nothing to do with their brand’s focus on fashion, lifestyle, and travel.

Condé Nast has since leveraged first-party data to create content that aligns with the wants and needs of its users. It’s not easy to do, but it’s clear that data-driven decision-making can have a huge payoff for businesses, particularly in media.

Bala summed it up in the simplest, most effective way: “Everybody has data, everybody claims that they have data, but it’s about how you use that data, that’s the most important thing.”

Wisk, a beverage intelligence platform for bars and restaurants, is focused on bringing data to the restaurant industry in a way that’s usable and makes sense to business owners.

“The question is, how do we make that information easy to digest? I think that’s the main challenge,” said Angelo Esposito, Co-Founder and CEO of Wisk. “You can find a lot of reporting tools that can find every report possible, but again that’s reactive, so the question is how do we become proactive and bring it to you?”

On that note, there continues to be increased scrutiny on how companies are using data. Powerhouses like Facebook and Google, for example, are working to increase efficiency by collecting data on the human experience. This, however, raises questions about the level of power consumers have over their personal data.

“Don’t just sleepwalk into a world where we’re stuck with only the information Facebook and Google choose to give us,” he said.

Everyone is Talking About Diversity and Inclusion

Prime Minister Justin Trudeau set the stage for conversations about diversity and inclusion on Collision’s opening night, when he spoke about the role immigration plays in Canada’s tech industry.

“Access to talent obviously comes from immigration and it comes from training young and educating Canadians right,” Trudeau said.

A number of execs touched on these points and suggested promoting diversity and inclusion by incorporating purposeful practices into your hiring efforts.

“You have the opportunity to have diversity be part of your hiring plans and your sourcing as well, and because you have so many different skill sets you can pull people from different walks of life,” said Bharat Vasan, the CEO at PAX Labs, Inc.

The aforementioned Linda Boff also spoke about what it means to be inclusive in a large-scale organization like GE.

“I’ve thought a lot about diversity and inclusion, and they’re really two different concepts. I’ve been guilty of thinking that I was doing all the right things by speaking to women’s groups inside the company. I’m proud of that, I do think people need communities, but I’ve really come to believe that inclusion is inviting people with different views into the tent,” said Boff.

Sairah Ashman, the CEO of Wolf Olins, took this one step further, claiming, “You can’t have disruption without diversity. Look for perspectives outside of your own bubble.” 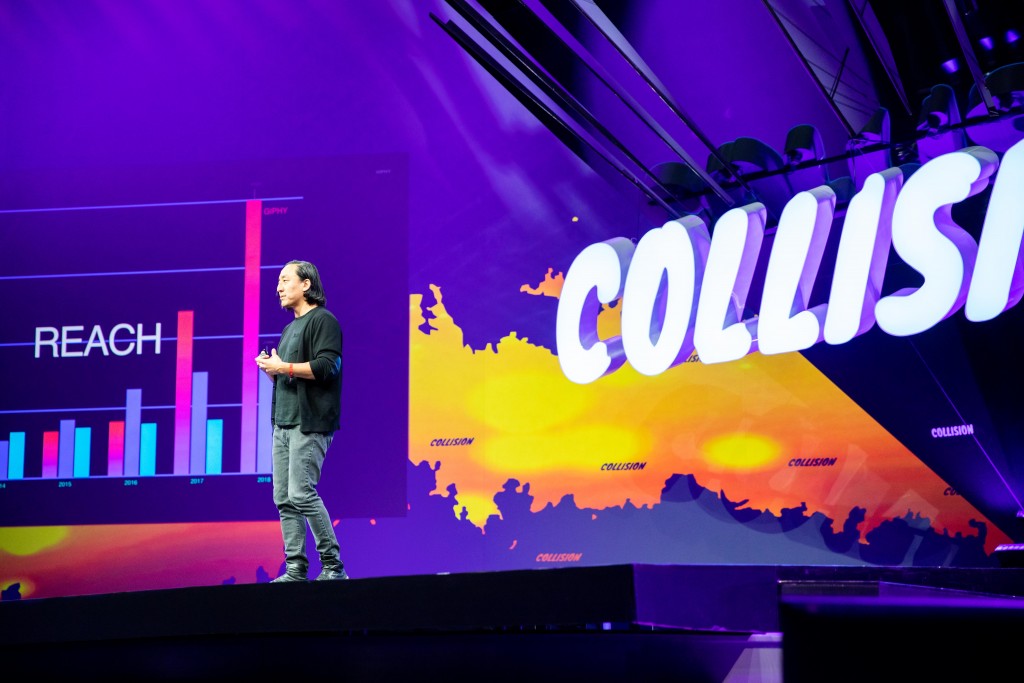 Discussions were held on every technology-related topic imaginable, but one thing was clear: it takes passion to make it in this industry.

“You go through the ups and downs, you really have to be motivated by more than getting to the top. You really have to care about the thing you’re trying to bring to life in this world,” said Bharat Vasan.

Worried you might miss out? Check out our guide to the best of the fest.