We’re written about venture capital activity in New York and how the city’s tech sector may someday rival Silicon Valley, but for aspiring tech professionals, the question remains: How do you break into this space?

To help, we’ve put together the following guide to one of the fastest-growing tech hubs in the entire world.

The perception with “tech” jobs is that they are usually limited to app makers and funky startups, but that’s no longer based in reality. As we’ve pointed out, major industries like manufacturing and health are now in need of tech talent and skills.

Here is an overview of the New York industries you should explore if you want to pursue a career in tech.

New York has made a $100 million public-private investment in Cyber NYC, an initiative that aims to create 10,000 jobs and transform the city into a global, cyber innovation leader. Those plans include a 15,000-square-foot Global Cyber Security Center in Chelsea; a 50,000-square-foot cybersecurity investment hub in Soho, and partnerships with local educational institutions to create cybersecurity-savvy workers. Read more about the local cybersecurity industry here. 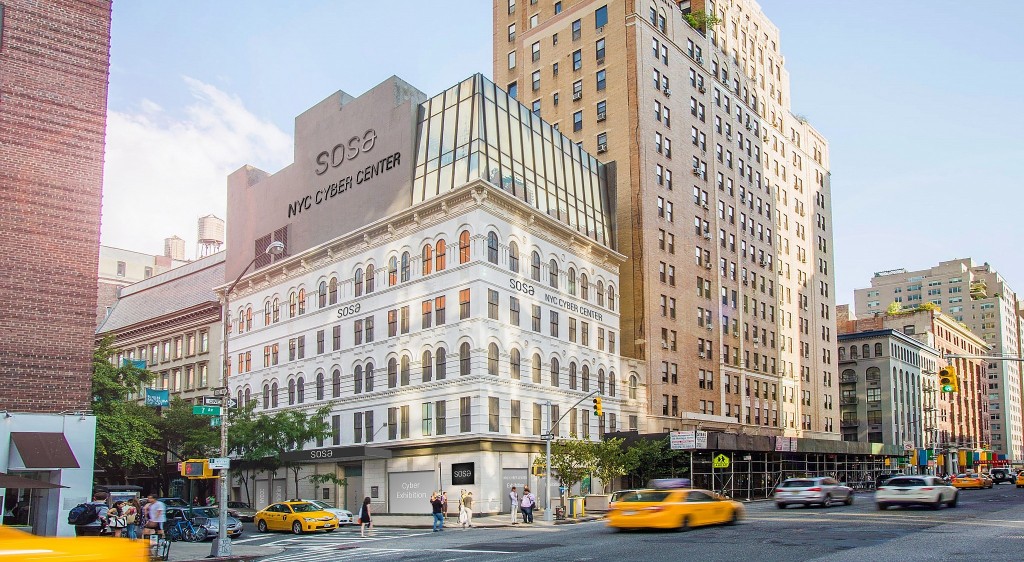 From cancer diagnosis to mental health treatment, data and AI are being used to innovative and improve healthcare. Data, in particular, is helping to build complex classification systems that will streamline and improve diagnostics across the board. New York counts a number of health tech companies that are leading the charge for this kind of technological usage, including WW, Cityblock Health, Crossix, Cedar, and more.

There are more than 300 venture firms investing in healthcare with headquarters or dedicated offices in New York City, and this is having an impact. According to the New York City Healthcare Venture Capital Report, 79 NYC-based healthcare companies received $703 million in funding in 2017. Those numbers – encouraging as they were – were blown out of the water in 2018, which began with Roche’s record-setting $1.9 billion acquisition of digital health analytics startup Flatiron Health, the largest tech acquisition in New York history.

New York’s 3D printing community is considered the largest in the world. According to July 2016 data from 3D Hubs, New York was home to 3,739 makers and 516 3D printers, far ahead of second-place L.A., and third-place London. Leading companies include Shapeways, 3D Brooklyn, 3D Hubs, and Voodoo Manufacturing.

According to Built in NYC, the city’s 100 biggest local tech companies currently employ more than 38,000 people, and 80 percent of them planned to expand in 2018. As these companies grow, the city is giving “established tech destinations a run for their money.”

In fact, New York City has grown from $2.3 billion invested in startups in 2012 to more than $13 billion in 2018. And according to the Global Startup Ecosystems Report from the New York City Economic Development Corporation, the city is now the world’s second highest performing ecosystem with 7,000 startups, 326,000 jobs, and over $71 billion in value.

Here are some of the largest NYC-based tech companies:

A provider of stock photography, footage, music, and editing tools, Shutterstock has an “active customer base of 1.4 million people in 150 countries,” and more than 700 employees. 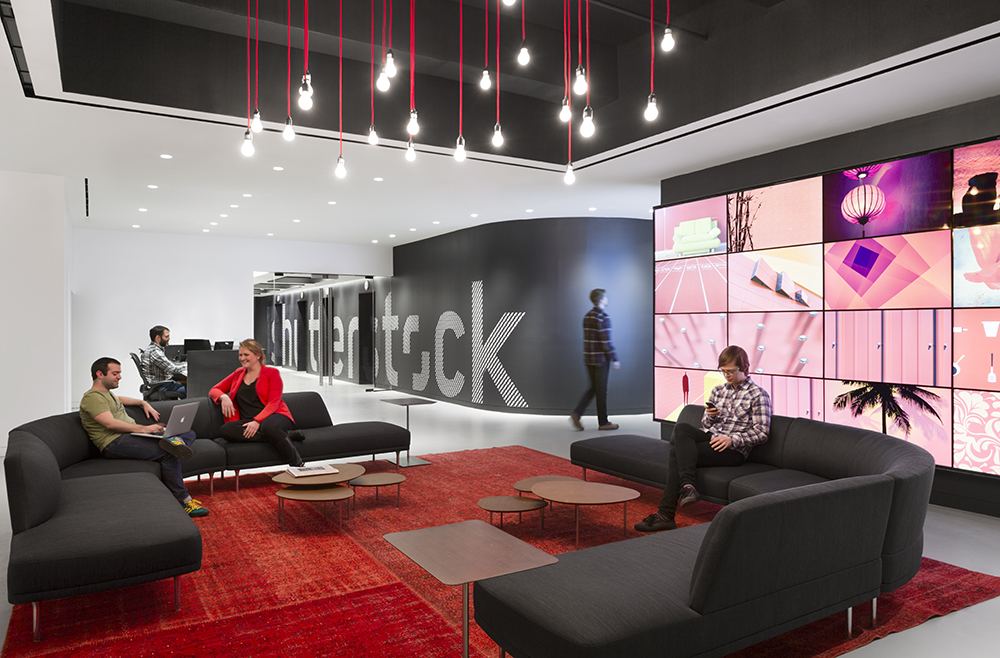 A provider of a SaaS-based hosting platform that offers customers pre-built website templates, allowing them to drag and drop elements to create webpages. Squarespace has close to 800 employees.

A private advertising company that provides “Around the Web” and “Recommended For You” ads at the bottom of online news articles. The company has more than a thousand employees and 14 locations around the world.

The “world’s largest ad-free open video platform,” Vimeo is home to more than 90 million members in over 150 countries. It currently has 550 employees.

An eCommerce site focused on handmade or vintage items and craft supplies. Etsy has had more than 60 million items in its marketplace, with total sales on the platform eclipsing $3.93 billion. The company has 874 employees.

If you’ve ever taken an online quiz or read a listicle, you’ve probably heard of Buzzfeed. But in the last few years, the company has grown into a true global media and tech company, covering politics, business, and more. Buzzfeed now has more than 1,700 employees.

It’s worth pointing out that New York also serves as a second base for some of the largest tech companies in the world, including Google, Uber, Twitter, and Amazon, who despite pulling out of the NYC HQ2, have signed leases for more than 400,000 square feet of office space in the city.

The NY Tech Alliance “represents, inspires, supports, and leads the New York technology community.” Given its scope, it is, unsurprisingly, one of the largest tech organizations in the region, with more than 60,000 members from the city’s tech community. The Alliance focuses on bringing relevant community issues to the forefront. It hosts a monthly Meetup in addition to other educational and social events.

99U brings together thousands of creatives across a variety of practices and professions and is ideal for networking opportunity for anyone looking “to put an idea into action, get inspired, meet other creative leaders, manage a team,” and more.

NYCxDESIGN is an annual celebration of design that showcases dozens of design disciplines, with exhibits, panels, product launches, and more. The event aims to highlight creative, cultural, educational, and economic opportunities in New York City.

TECHSPO is a technology expo bringing together brands, Developers, Marketers, Designers, and more. Over two days, exhibitors showcase their companies and products to investors, job seekers, and tech enthusiasts, making it a great opportunity for networking.

Social Media Week – actually only three days – brings together marketing, media, and technology professionals from more than 50 countries. The event covers new ideas, innovations, and emerging trends in social media, which means it’s a great opportunity for marketers of all levels to attend.

If there’s a city with a plethora of groups to join, it’s New York. There are meetups listed on every technology-related topic under the sun, but we’ve narrowed it down to a few that are definitely worth your time.

A summit that brings together the private and public sectors to harness the power of technology and drive change in organizations.

If you can get an invitation, Chief is a network you’ll want to join. Exclusively designed for female C-suite executives, Chief pays homage to an “old boys club,” but with the goal of inspiring female leadership.

Create and Cultivate is an online community and conference for women looking to, um, create and cultivate the career of their dreams. The conference is very popular, with well-known speakers and average attendances over 1,500. It runs twice a year across the country, with past stops in Atlanta, Los Angeles, and Chicago. 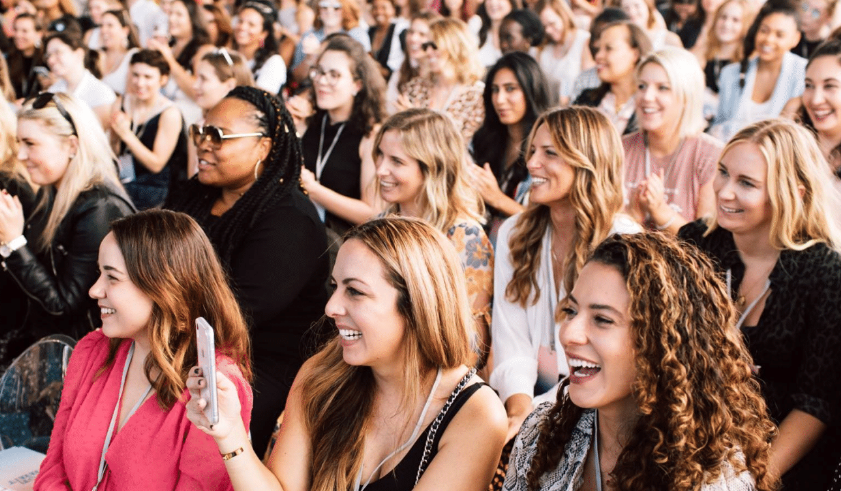 Whether you’ve found your dream job in the tech space, or are looking to make your own ideas a reality, a workspace outside of your bedroom is often a good first step.

Here are some of the best coworking spaces available to you in NYC.

Industrious is the coworking space leader in the city, with beautiful spaces in Manhattan and Brooklyn offering private offices and premium coworking options for teams up to 100. 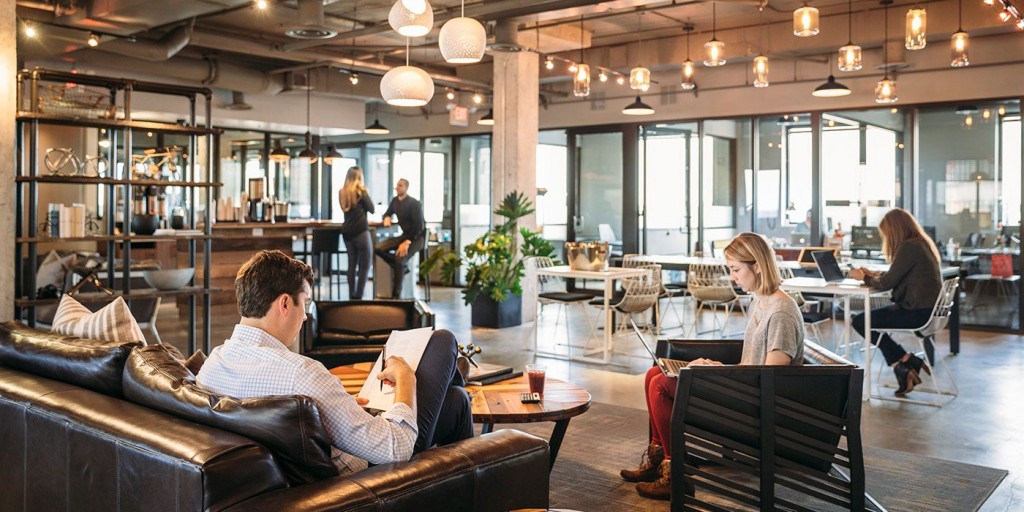 Membership gives you access to all Spacious locations in neighborhoods across NYC.

The Farm is a century-old barn that was transported and rebuilt by hand in the city. Why? “Because work doesn’t have to feel like work.” 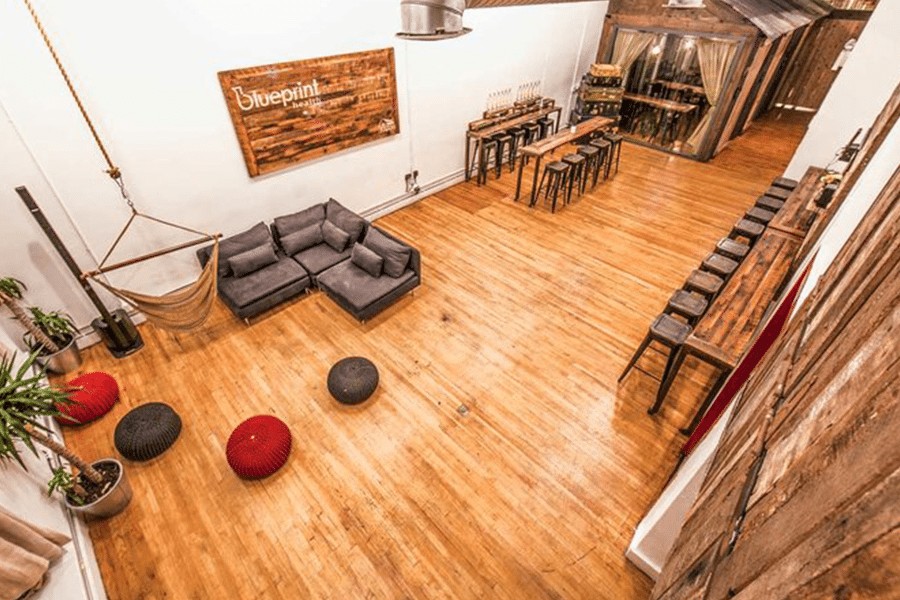 Founded in 2016, The Wing is a growing community of women across the country and globe, gathering together to “work, connect, and thrive.”