Energy and sustainability companies come in a lot of different shapes and forms. Recycling, renewables, conservation, batteries and more. But the one aspect that unifies them all is a continued pledge to turn the world into a more environmentally friendly place without sacrificing a growing need and dependence for power.

The Canadian Innovation Awards’ Energy & Sustainability category recognizes companies that are involved in innovating a traditional space that is quickly adopting a cutting-edge mindset. That might mean providing power in a revolutionary way or storing it in a sustainable fashion. Either way, these four companies are changing the face of Canadian energy production and consumption.

Energy conservation starts with the consumer. A significant portion of houses and businesses have a thermostat, and ecobee realized that the heating and cooling control device was unintuitive and bothersome, so they did something about it.

Ecobee’s smart thermostats came before the trend of connected homes and virtual assistants in every single device. They were made to help consumers control their energy bills and make smarter choices when it came to affecting their home’s temperature.

“Our mission is to create smarter devices that are beautifully designed, easy to use and provide savings for families while being good for our planet.”

The vision was a massive success: the average ecobee user saves around 23 per cent on their heating and cooling costs by reducing the use of energy while a user is sleeping or not home. Ecobee is second in market share for smart thermostats and lists the massive Honeywell and Google Nest as their only competitors.

The past year saw ecobee expand their partnerships and move beyond the thermostat world. Their latest product launched to massive success, sporting built-in Amazon Alexa capabilities. The company moved offices to a massive new space in Toronto, and to cap it off, ecobee will be launching sensor-enabled light switches soon, bringing more control to how consumers use energy in their homes.

If General Fusion continues to be as successful as they have been over the past decade, the world’s energy concerns will be a mere afterthought. It might seem like a monumental task, but General Fusion is on a mission to create a tangible and cost-competitive path towards commercial fusion energy.

Fusion energy is a form of power generation that uses fusion reactions to produce heat for electricity generation. At General Fusion’s Vancouver lab, scientists work to recreate the 100-million degree conditions present in the middle of the sun, one of the most efficient fusion energy providers researchers can work off.

“The goal is to transform the world’s energy supply and enable clean energy, everywhere, forever.”

Fusion energy is one of the most effective ways to create energy, creating less waste and radioactivity than nuclear fission while also being much safer. Energy generation will have to increase in massive quantities over the coming years to meet growing demands, and General Fusion is working to make sure the world will be able to keep the lights on.

General Fusion recently deployed the largest plasma injector in the world, a massive step towards creating cost-effective fusion energy. The company has tested 18 different injectors and more than 150,000 plasma experiments to get to this point. As more research is done, there are plans to continue scaling General Fusion’s technology, resulting in a brighter path towards a cleaner and more reliable energy-secure future. Pun entirely intended.

Corvus utilizes large-scale lithium-ion battery systems that are economical, safe and reliable in a range of conditions. They can brave harsh seas and weather while out on an oil rig or ship, or be used in a port to make the most out of energy conservation and production.

Based in Richmond, B.C., Corvus has a focus on hybrid and electric commercial vehicles. This means a Corvus battery might be found on tugboats, cruise ships, tankers and more. Corvus’ solution is the world’s most advanced maritime energy storage system.

Corvus has picked up a slew of accolades and was most recently included on 2017’s Global Cleantech100—the only energy storage company to be on the list. They are also the only supplier in the world to carry DNV, Lloyd’s Register, ABS and BV product Type Approvals. 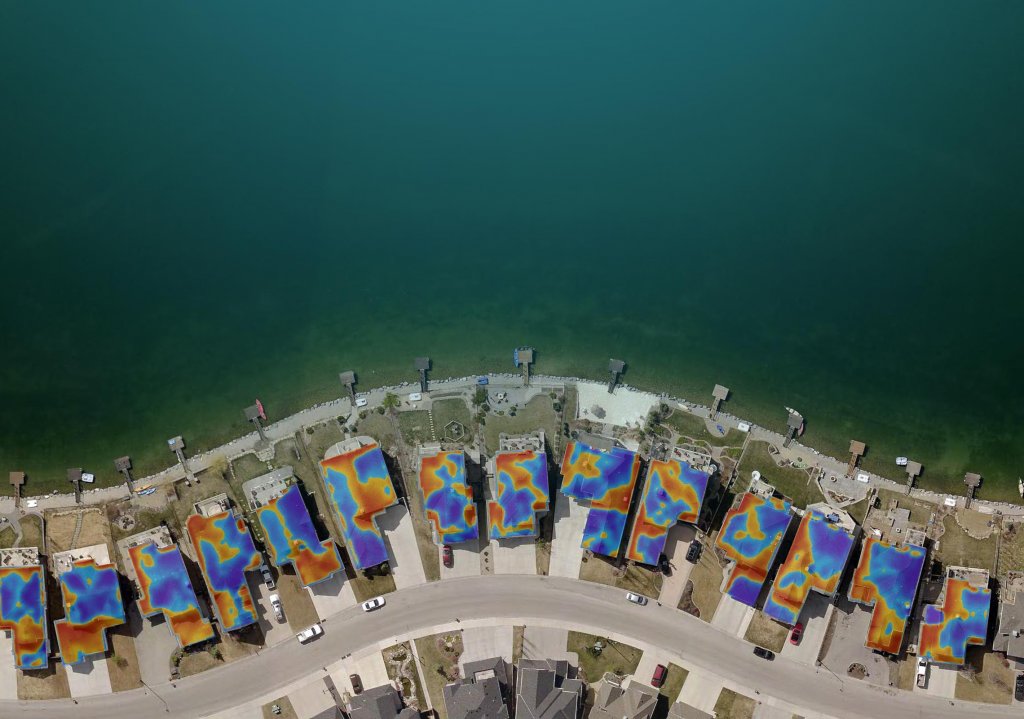 Why create new ways to produce energy if it’s just going to be wasted? MyHEAT asked themselves this question and came up with the idea to recognize how and why energy is wasted and exactly what can be done to prevent it.

The Calgary company saw that more energy is wasted than created in the world and that buildings account for up to 40 per cent of that waste. So they developed a way to see where a home’s heat is leaking out by making energy clearly visible through easy-to-understand charts.

“2017 was a great year for MyHEAT. We validated our business model by reaching profitability, and are continuing to innovate on different methods to make energy visible. 2018 will see us launch additional products to complement our thermal mapping, and grow our business across Canada and into the US.”

By acquiring thermal data for neighbourhoods and cities, MyHEAT can track how houses should improve their insulation and reduce the amount of heating and cooling they need to utilize. The scans are all done through an aerial view, meaning no unnecessary intrusion into consumers’ homes and a quick and efficient method for solving one of the leading proponents of energy waste.

The program is one of the first energy efficiency platform in North America that is available to users free of charge. It operates in Calgary, Okotoks, Hamilton and other areas in Canada. As more houses are scanned and residents make smarter choices to better insulate their homes, MyHEAT will save the country—and eventually, the world—massive amounts of costs and energy.

Which of these environmentally-minded companies do you believe should win the 2017 Canadian Innovation Awards Energy & Sustainability category? Make sure you vote for your favourites before February 2 at midnight to have your say in which companies should win.