A little over thirty years ago, ACL Services was founded in Vancouver. Today, the Canadian technology frontrunner is rebranding to become Galvanize. The story behind the move is one of taking risks, challenging tradition, empowering organizations to do their best work.

ACL stands for ‘audit command language’, and the company’s audit platform is a leader its category: Sony, Kohler, Wells Fargo–the client list speaks for itself. ACL serves its clients from six global offices including London, Tokyo, Singapore, and their Vancouver headquarters. With all of this success and established brand equity, why fix what isn’t broken?

The question was not about anything being broken, but more so around reputation. When a company literally has the words “audit” in its name, it can be tough to shed the notion that they are anything more than that. While Galvanize will continue to offer the audit solution, the new name opens the door to more GRC capabilities (governance, risk management, and compliance). The motive to rebrand shows every side of where Galvanize shines, without limiting the brand to prospective clients.

Laurie Schultz has been the president and CEO of ACL for nearly eight years. She has a firm grasp on the ecosystem her company resides in, setting it at a $38 billion per year market. Within that broader GRC market, audit makes up roughly five per cent, and beyond that, the audit space generally lacks the typical tech glamour that attracts top talent and capital.

“Looking at the size of that addressable market, we have enormous growth potential,” says Schultz. “There are different forms of GRC software and all different kinds of buyers and problems. Our agenda is to consolidate that space. Our product already delivers amazing solutions outside of audit, so we have this great potential to accelerate that growth.”

“We’ve transformed our business and we’re damn proud of it. We did it by taking risks, one of which is this rebrand. And we’ve earned the right to take this risk.” – Laurie Schultz, CEO of Galvanize.

The product itself is solid, and Schultz knows that. ACL won the best data-driven SaaS product at last year’s SaaS Awards, and has won numerous other awards highlighting everything from innovation and management to work environment and culture. The only thing left to improve was the brand.

“The kinds of things we do with our software is frankly amazing,” says Schultz. “To have decades of so many examples throughout the GRC industry, it’s probably obvious and probably overdue that we’re rebranding now.”

A picture may be worth a thousand words, but not when it comes to a corporate rebrand. The easiest way to approach this new decision is to look at the word itself.

During the initial stages of the rebrand, over 100 potential names were put forward. Schultz fell in love as soon as she heard the name Galvanize. It means to shock or excite someone into taking action, though it also has a bit of a scientific secondary meaning.

“I also really love there’s this scientific element to the word. It’s definitely a metaphor for what we’re trying to do.” 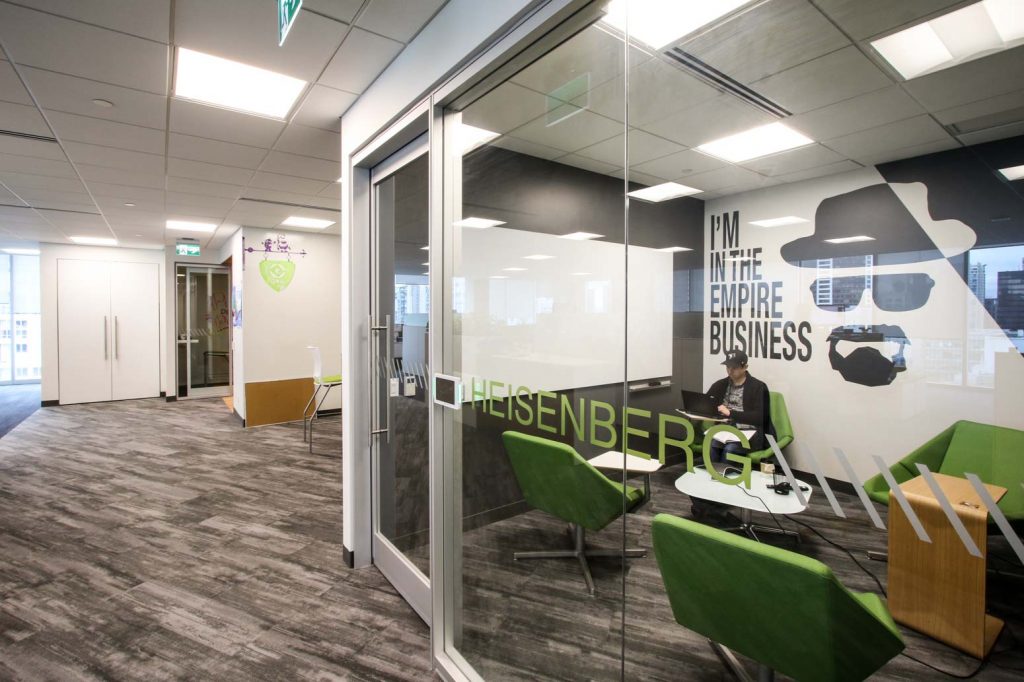 Deciding to rebrand was no small feat. For a company with over 30 years of service, as well as clients that have been with the company for decades, flipping the switch can be daunting. Rebrands are more common for younger public-facing brands pivoting from an early naming mistake without a lot on the line; for example, Yahoo’s first name was ‘Jerry’s Guide to the World Wide Web.’

The first serious rebrand discussions began around 18 months ago when ACL welcomed on a minority investment from Norwest. The “fresh pair of eyes,” as Schultz calls the Norwest investment team, was able to point out that a brand only advertising audit capabilities may be a bit of a liability. Conversations regarding rebranding had been happening in the ACL hallways ever since Schultz joined eight years ago, but this offered a real chance to look at a new name as a viable path forward.

“It was a good time to rebrand and get rid of those old conceptions and pick something so everyone knows exactly what we do,” says Kathy Enros, Galvanize’s VP of talent.

The timing was also fortuitous for another reason. In February, ACL acquired Rsam, a 150-person IT and vendor solutions provider. It was a huge move for ACL, solidifying their spot atop the GRC market and signaling a new era for both companies.

Schultz and Enros both agree the rebrand was going to happen with or without the Rsam acquisition, but the timing couldn’t have been better. These two companies must learn to work together quickly in order to ensure success, and this rebrand offers a fresh shot at that.

“It’s harder for that company being acquired,” says Enros. “It’s human nature. You’re part of this company you were proud of, now you need to work for another brand. For us, we’re not making Rsam employees become ACL—we’re all becoming Galvanize. We’re all starting fresh with this new name. From an internal employee engagement side, it’s providing something everyone can rally around and be proud of. That’s very rare for an acquisition.” 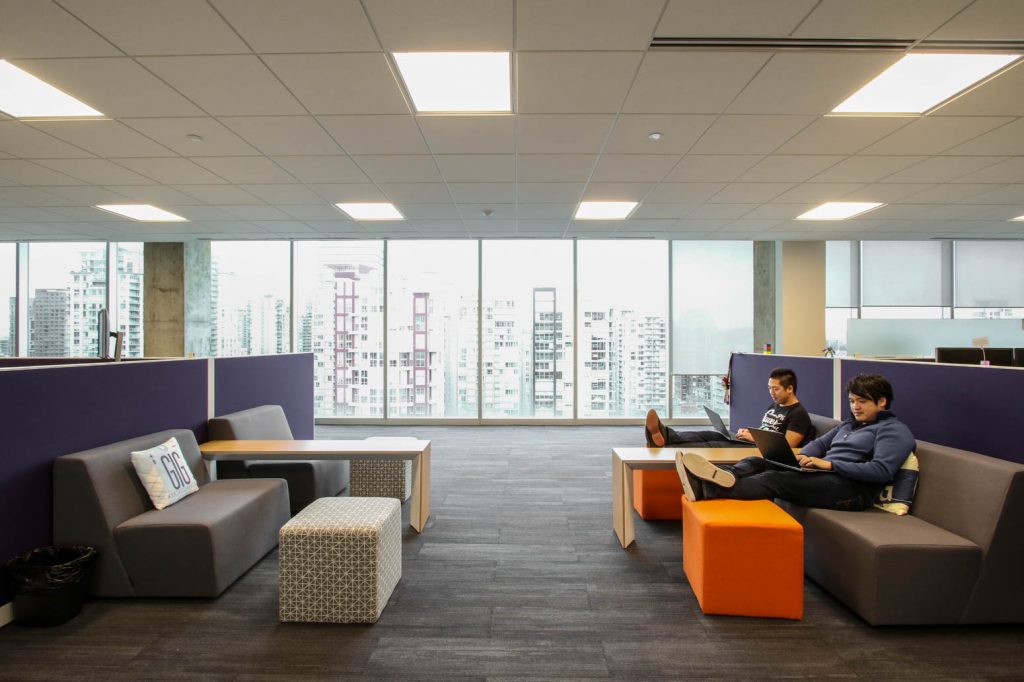 From that talent perspective, a rebrand also offers a new chance to highlight the appeal of working at Galvanize. This new announcement will make noise in Canada’s tech industry and that can build a lot of awareness from a potential candidate’s perspective. Galvanize is able to tell more success stories and have those stories reach a wider audience, as a few in the past may have been shrugged off due to the fact they came from that “30-year-old audit-industry-focused company.”

And the stories? Well, they’re pretty incredible. As a company that works with nearly 90 per cent of the Fortune 500 companies, as well as dozens of national and state governments, there is a lot of potential to inspire real social wellness. The new brand promise is “Strengthening organizations to do heroic work.”

How about stopping drug cartels? Or putting malpracticing doctors behind bars and enabling hospitals to better serve their most vulnerable patients? These are real accomplishments that have largely flown under the radar. As Galvanize, the company will be able to tell these empowering stories with a new light.

And yes, ACL’s software did help the state of Oregon discover a Mexican drug cartel that was using food stamps and taking those dollars to funnel them back to their leaders.

“I think that new brand promise, ‘strengthening organizations to do heroic work,’ really nailed it for us,” says Enros. “It says how we’re helping as a company and it reminds us that we’re all here to do that. We try to share these stories, because maybe not every single one is all that impressive, but the ones that are, they really have a huge impact. And we can associate the new brand with them because that process is in our name and we’re damn proud of it.”

For the clients, new and old

When it comes to a B2B rebrand, the number one thing anyone with a business sense will immediately think is “How does this affect my existing clients,” because there’s no point in rebranding to find new customers if that process alienates all of the existing ones. Sure, a new name offers a great way to market to new and old clients by saying “This is our new name, and this is why we changed it,” but it has to be genuine.

That’s why Schultz is very careful to pay homage to what she calls ACL’s anchor tenants—the company’s auditor clients, which are the ones ACL formed around and built itself upon. 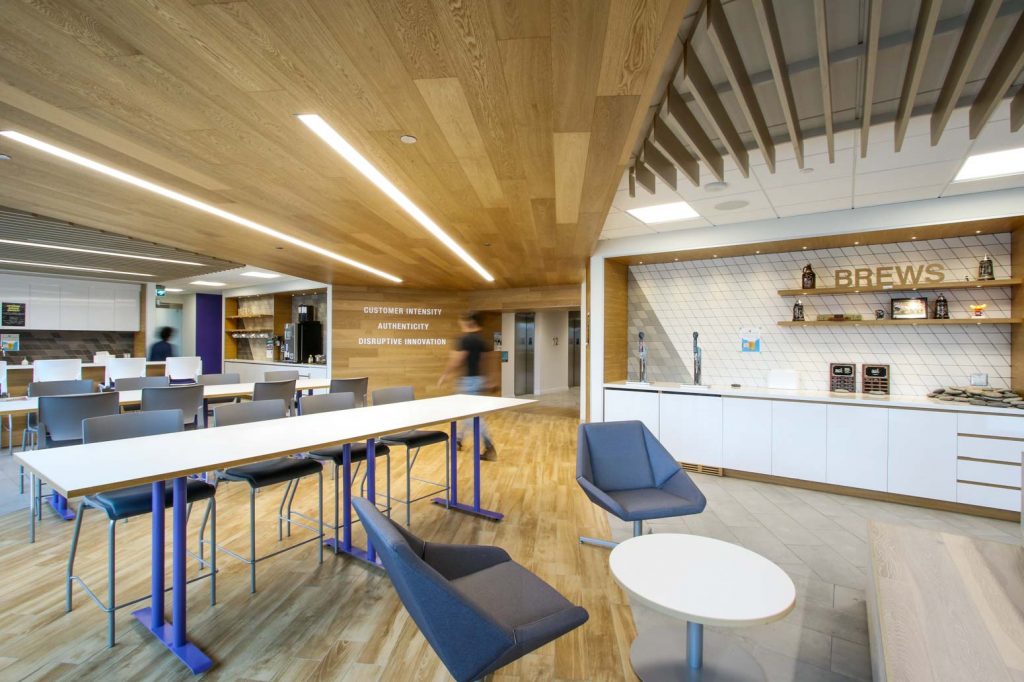 That respect has led to a very careful consideration of what a rebrand may mean to existing clients. It is easy to only consider the biggest innovation hubs and how a rebrand will affect customers within those fast-moving ecosystems, so Schultz made sure to look at traditional partners in the audit space around the world and make sure they come along too. A big part of this involves transitioning the ‘ACL’ corporate brand to a product brand—’ACL Services’ will be the name of a platform offered by Galvanize, so every client will still be able to access the platform they have been using for the last 5, 10, and even 30 years.

Everything is not in a name either. Beyond the research done to choose Galvanize, the company also surveyed existing clients and prospects to see how a rebrand might go.

“One thing I was glad and surprised to hear was customers saying ‘can you please rebrand.’ I was not expecting that,” Schultz says.

A year from now, when Galvanize’s board of directors meets to discuss whether the rebrand is on the right track, Schultz will measure success in two ways: Firstly, has Galvanize significantly expanded and diversified their anchor tenant list, and to add to that, have they also maintained renewal rates and retention? There must be a balance of representing the companies that made the old brand what it is while also bringing in new names and improving those recently-released products.

Maybe the main reason to rebrand is one of the most difficult to address and the hardest one to bring up with a well-known company in an industry that thrives on disruption and iteration.

“When I joined ACL eight years ago, it seemed like we had kind of fallen asleep,” says Schultz. “A lot of folks in the local tech scene had kind of written us off. Since then, we’ve transformed our business and we’re damn proud of it. We did it by taking risks, one of which is this rebrand. And we’ve earned the right to take this risk.”

“I will say this: leaders create a future that otherwise would not have happened, and they do it by embracing what they don’t know, making promises they don’t know how to keep, and then spending every living moment living up to their word. It might sound cheesy but it’s a sincerely authentic part of how we have transformed everything we are, from culture to product to brand.”

Techvibes is an Official Media Partner of Galvanize.