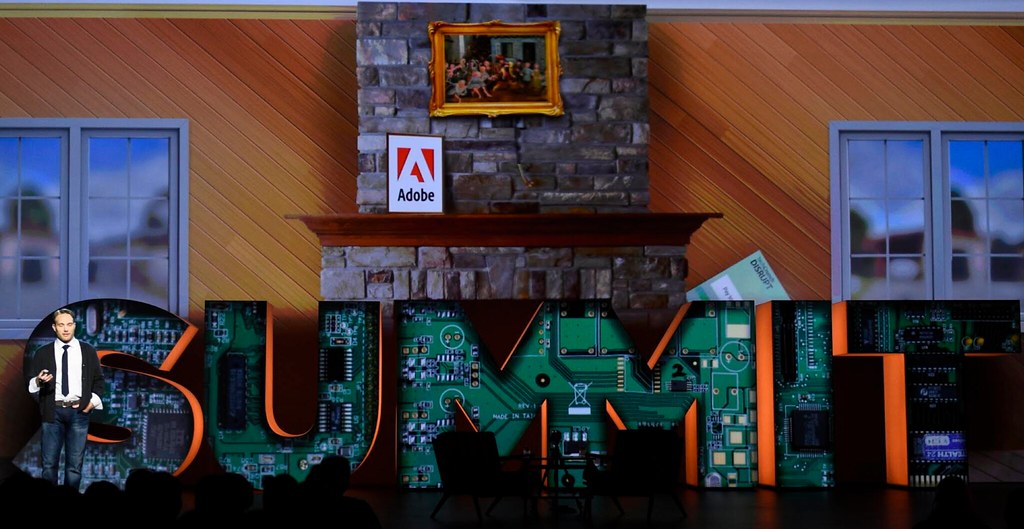 The feature which generated the most Twitter interest was X Attribution, a tool that standardizes the measurement of sales attribution for marketing channels such as email, app or social media.

The feature will not only show which channels are driving the most sales, but also indicate how channels work together along the road to conversion. For instance, it can show the path of a customer who went from email to social to website before purchasing a product, and detailed information about each of those interactions. With the use of the new Adobe Device Co-op, the tool can also reveal the sequence of devices used before a sale was made. These insights can be used to mold future marketing and sales strategy.

In his role as audience interpreter, Middleditch commented, “You get to see which team gets a bonus, and which team isn’t even invited to the Christmas party.”

X Attribution was announced as “hotly anticipated,” and generated the most Twitter interest from the crowd during the event, who was instructed to vote using hashtags. Other popular sneak previews included AEM XD, a feature being developed under the Adobe Experience Manager umbrella that simplifies designing and creating an app. In a simple interface, users will be able to drag and drop assets in to templates, link the pages together and publish a functional app in minutes.

There was also Ad Wearout, which will be able to track customer fatigue with brand messaging such as promotional emails and automatically set the amount of messages the customer would be comfortable receiving.

Another feature which received significant buzz was Smart Authoring, which will aid in editorial content creation by automatically drawing in images based on keywords in the text, highlighting whether a topic may have already been covered, and giving suggestions on what to remove for condensed formats like app copy.

Many of these features are likely to launch next year at the 2017 Summit. This year, several features that were previewed at the 2015 Summit Sneaks were officially launched, including Smart Tag, which automatically analyzes and tags assets.