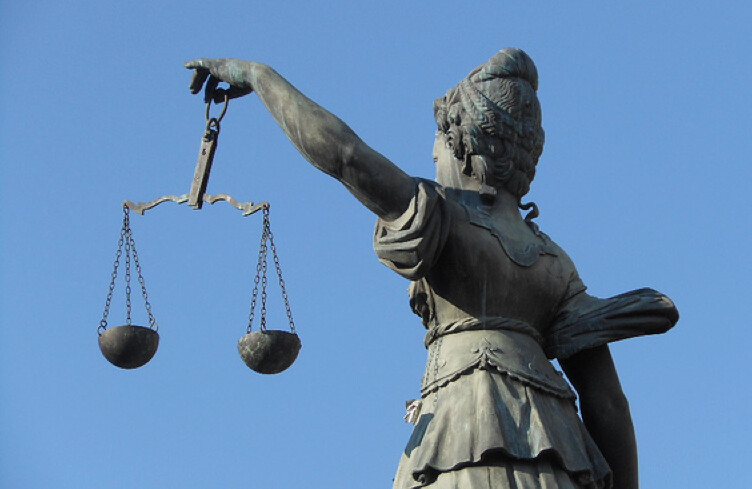 If you spend a little time looking at the landscape of the legal business—some say “profession” (adorable and kind of antiquated)—you will note that there is a traditional view of what it means to be successful.

If you wanted to spot a successful lawyer, you would look up, way up, at a glass tower of brand name law firm operating as part of what has become known as “Biglaw.”

What is Biglaw? George Beaton offers up a great definition of Biglaw as a business model which attracts young legal talent (meaning people who write law school exams well, including but not limited to the LSAT). Associates are leveraged to do the bulk of the work and aspire to become equity partners.

The Biglaw firm charges high to insanely high hourly rates for both associates and partners. These firms have been generally defined by very expensive real estate and not a huge focus on controlling costs, which are ultimately passed on to the client anyway. Profit is taken out of the business each year by equity partners with little retained.

Does that sound like a sustainable business model to you? Little to not much is left for reinvestment back into the business. Why would you want to do that if you were an owner (partner) who made at least a few hundred thousand dollars each year? Every dollar that goes back into the business beyond fixed costs is one less dollar for you.

Notwithstanding its strangely unbusiness-like approach, Biglaw has always won the juicy work and many firms have been in existence for a century or more.

As we often say in this #legaltech series, the times, yep, they are a changin’.

Globalization, price pressures, a movement toward efficiency (hard to incentivize when you bill by the hour) are obliterating the traditional Biglaw model.

As a client, it’s hard to admire the beautiful hallway artwork upon realizing that ultimately, it was paid for by your fees and the fees of those who entered the ling elevator ride to the top before you. The advice doesn’t get better from a marble adorned boardroom overlooking a stunning cityscape (the views are admittedly stunning) whilst dining on actually delicious catering for a meeting that lasts 45 minutes.

Smart business people know that they are paying for the extras and it’s actually perturbing to be served in opulence if your company is resource conscious. It’s infinitely more desirable to obtain great advice from providers who understand the bootstrap experience that launched the business not so long ago.

If that’s overstating or oversimplifying things, there is still a prevailing and inescapable truth: Biglaw needs to reinvent itself and get lean.

So, Biglaw has started to take a harder look at technology, process improvement, project management, and all the approaches that their clients have used for the last 50 years to, you know, run effective businesses and such.

But Biglaw can never be as lean as the smaller players and in large measure just does not get legaltech. They truly don’t.

The reality is that Biglaw can never be as lean as the small guy, the small firm or solo practitioner.

Traditionally, here’s why solo didn’t work: They couldn’t afford the technology. Early tech such as Nexis and Westlaw and before that they couldn’t even afford to own the BOOKS. They had to use public or law school libraries, where unctuous 1Ls still cut out the cases with exacto knives.

But lean is finally hitting legaltech in a broad and deep sense and it’s precisely because what Biglaw can’t do is go fast.

Biglaw has a legacy of infrastructure, established talent with entrenched work flows which have proven to be lucrative for those at the top, and there is absolutely no positive incentive to change. Not to mention a palpable disdain for “non-lawyer” professionals including very impressive IT, e-discovery, knowledge management and project management professionals who unlock immense value in the new economy.

Okay, but what are the advantages of a large organization? Typically, large organizations enjoy supply chain, manufacturing and distribution networks that smaller players simply can’t match without significant capital investment. This would tend to drive economies of scale, lowering unit costs which can increase margin or keep prices in alignment with client requirements.

Does Biglaw produce more efficiently than lesser resourced smaller players imbued with experienced lawyers? No. When Biglaw does manage to lower its cost base or drive efficiency, does it pass the savings on to its clients? No.

Biglaw is, at its core, a collection of separate businesses under one brand name and hundreds of owners. Try coordinating that multi-headed beast. What you end up with is a lot of committees and egos to manage. There is no such thing as a quick decision and consensus-building can be a killer process and a process-killer.

Rather than value, the person who logs and charges the most hours is the winner, and that is not a good thing if your aim is to be lean and value-focused. The individual trait risk-aversion personified by most lawyers becomes more entrenched when there is an entire partnership interest to consider which (and we’ve yet to raise this juicy irony) is borderline illusory in 2014 and beyond. The automatic nature of partner track has irrevocably changed. More on that in another piece.

So, for our purposes here at Techvibes, what Biglaw can’t really do is work with startups and entrepreneurs. They’re absolutely trying. Some firms are getting at least a little creative and setting up programs, usually run by a self-annointed tech whiz partner who was so bored with her or (probably) his practice that he pushed for ages to get the rope to do this. Although this would never be admitted, they often focus on startups when there is a lack of work for their associates to complete on more lucrative matters. But when that comes around, the human resources available to service these non traditional clients vanish.

For Biglaw, startups and entrepreneurs are a 99 cent package of hot dogs at the grocery store. They’re a loss leader, there to get you into the store to buy the huge markup items. Sure, Biglaw finds all kinds of way to work with comparatively safe bets (including and not limited to Y Combinator, StartX, teams that are the object of elite angel investments, and other assorted blue chippers) but they’re not built to work with the real gambles, which 99.5% of startups are.

Small firms and solos can. Sure, they need to eat too, but they have a lot more flexibility in structuring mutually reasonable terms of engagement. They also get to make decisions on the fly, without navigating a morass of committees.

Investment in technology is much cheaper, better and faster than ever, with online research tools, document automation software and electronic processes generally. Most importantly, small firms and solos are way more authentic in their desire to see a startup succeed because it can dramatically drive up their lifetime customer value. That small law firms even think, in 2014, of terms such as lifetime value is a massive win.

Of critical importance, the future will also see many of the antiquated walls being torn down around the notion of the unauthorized practice of law. And when this happens (and it totally will) you’ll see lean X warpspeed. An entirely new suite of legal products will grow out of a reimagining of how to do lean law well.