Awareness of augmented reality applications soared this year among organizations and consumers thanks to major releases like Nintendo’s Pokémon Go, according to a new study from global business technology and cybersecurity association ISACA—but adoption rates remain low among enterprises.

Only 15 percent of IT professionals in North America are convinced that the benefits of AR outweigh the risks, says the study, and consumers also have concerns about the possible risks of Internet of Things devices enhanced with AR. (It reminds us of when companies were hesitant to adopt the cloud for similar reasons, despite similar benefits.) 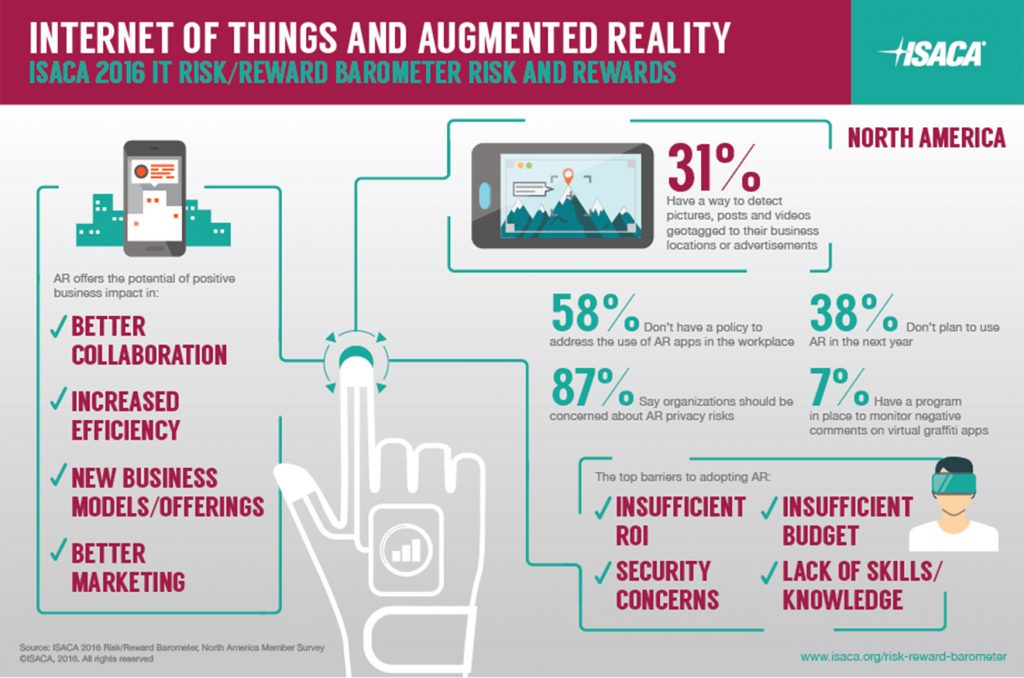 The business world is still in the early stages of AR adoption, the study shows, with security concerns posing the top barrier to adoption of AR in North America. Only 7% have a program in place to monitor negative comments on virtual graffiti apps, for example.

According to the report, thirty-eight percent of organizations have no plans to use AR applications within the next year and only 14 percent of respondents have used AR outside of work.

“Enterprises need to work on being agile and applying sound measures around governance, security and risk management to fully realize the benefits of these technology advances,” said Christos Dimitriadis, Ph.D, chair of ISACA’s Board of Directors. 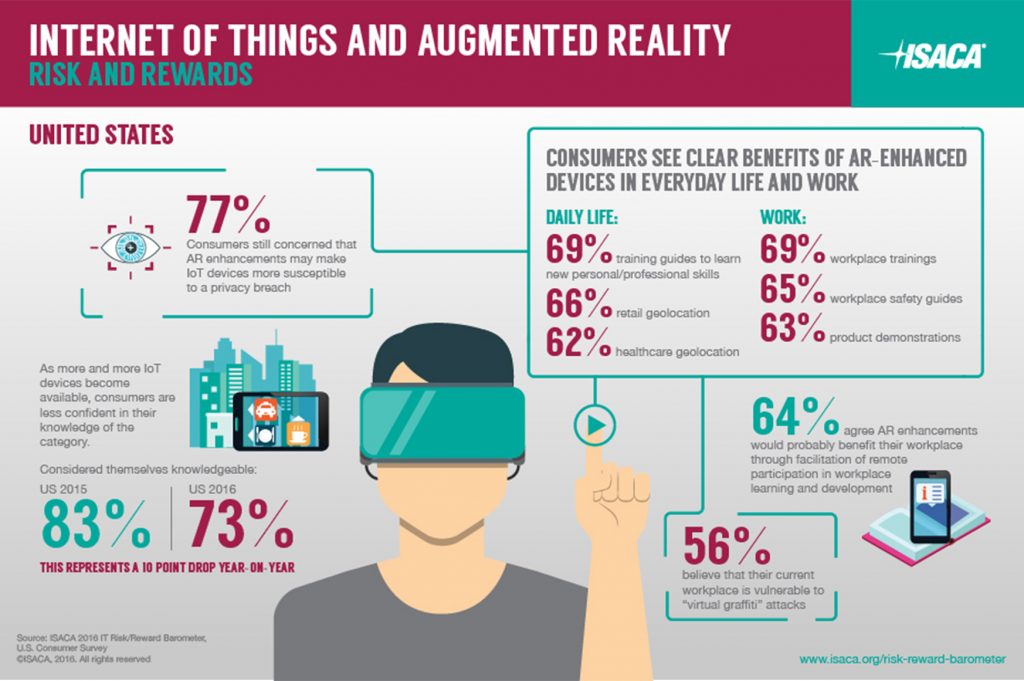 Among US respondents, 69 percent think workplace training utilizing AR could make it easier for them to do their jobs, and the same percentage think AR-enhanced training guides would be helpful in their daily lives.