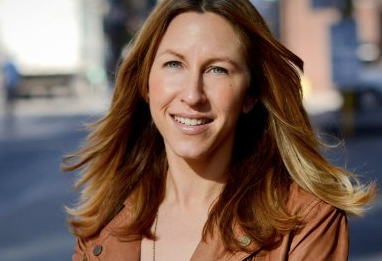 In order to win in a changing environment, companies will need both “bricks and clicks” according to Erin Green, Etsy’s country lead for Canada.

“I think the marriage of online and offline is very important,” Green says.

That’s going to be the focus of her talk, “How to Connect Online and Offline Campaigns,” at the Dx3 conference in Toronto this March.  “It’s really about how to take a company that’s online” and create offline experiences, she says.

It’s something she’s been working on a lot at Etsy. The company has formed new partnerships with major Canadian brands including book-seller Indigo and David’s Tea.

In September there was Made in Canada, a day of pop-up in-person marketplaces in 22 cities. Before that there was an Etsy road trip, in August, which which visited Montreal, Ottawa, Kingston and Toronto, featuring some of the site’s sellers, along with musical performances and food trucks.

It’s also a way to “foster community growth on the ground,” she says.

Etsy has also begun using out-of-home advertising, including a campaign on city busses and subways in Toronto.

While online shopping is growing, there are still a lot of people who do all of their shopping offline and aren’t familiar with online brands. That’s why it’s so important to “put the brand in front of people,” Green says. In the future the “companies that will win” will be the ones that are able to straddle this divide, she says.

She’ll be bringing lessons from her experience with this to Dx3. “I’d say start with small tests that allow you to build on things that you can improve,” she says.

When it comes to things like out-of-home advertising, she suggests picking a single channel and giving it some time see if it works before adding other channels or trying something totally different.

“Test, prove and either build or abandon,” she says.

The multi-channel approach is something that Etsy encourages among its sellers, Green says. Many sell offline, at craft fairs or retail outlets, as well as online and many sellers also have their own website in addition to an Etsy store. For Green, it’s all about letting the makers and sellers on the platform do things “on their own terms.”

Insisting on exclusivity “would not be empowering. It would be completely contrary to what we believe,” Green says. “The heart and soul of everything we do is about our community of sellers.”

The importance of community is something Green knows from her own experience as an entrepreneur.

“When I was 21, I had a vintage store,” she says. “It was rather isolating to have my own store and not have that community.”