Technology news reporting is going to be completely overwhelmed by stories this next week about the Consumer Electronics Show in Las Vegas. This year should be more of the same, with prototypes, new announcements and, most importantly, consumer buzz coming out of the event.

So what will be the big stories at this year’s CES? Here are four that might make waves at the 2011 CES: 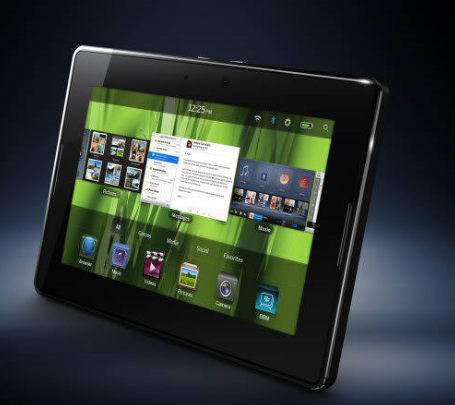 RIM to show off PlayBook to a mass audience

RIM’s long-awaited tablet will be the big attraction at this year’s CES. The PlayBook, expected to be released in March, will be center stage at RIM’s exhibition. With 2011 set to be a banner year for tablet computers, RIM plans to hit the ground running:

This year, RIM is reportedly prepping a handful of announcements related to the PlayBook. RBC Capital Markets financial analyst Mike Abramsky said it’s possible RIM will show off some of the innovative third-party apps that integrate with existing BlackBerry applications — known as “SuperApps” — on the new PlayBook.

RIM could also be getting ready to launch new enterprise-grade applications and the PlayBook’s advanced user interface technology, developed by recent acquisition The Astonishing Tribe (TAT). It has kept the Play-Book largely under wraps since it debuted at the company’s developer conference in September — except for a demonstration at an Adobe conference in October — and many observers see CES as the PlayBook’s coming-out party.

Toshiba’s entry into the tablet market

Toshiba will debut a 10-inch tablet computer at the CES running Honeycomb Android. The device seems to be a direct response to the iPad, right down to the pricing, as The Vancouver Sun reports:

The 1.7-pound tablet, which uses Nvidia’s Tegra 2 mobile processor, connects to the Internet over Wi-Fi, but has no built-in capability to connect to high-speed mobile phone networks. It features front and rear-facing cameras, and will have access to an applications store.

Toshiba’s tablet will be competitively priced versus the iPad, which starts at $499, although the company declined to be more specific.

Jeff Barney, general manager of digital products for Toshiba America, made it clear that the tablet is only the company’s first.

“We are going to embrace this category, and we are looking to develop a family of tablets,” he told Reuters.

Speaking of tablets, the reigning heavyweight champion in that field will be completely absent at the CES — as usual.

Apple unveils all of its products at their own carefully staged events. I assume this is because only at Apple events will Steve Jobs have adequate access to enough black sweaters to complete a product demonstration. But, as The Associated Press reports, this could leave Verizon, who is attending the CES, in a pickle:

Apple’s shadow also falls on the presence of Verizon Wireless, which will be at CES to show off the first phones for its next-generation wireless data network, known as 4G. The network was turned on in December and offers the highest data speeds yet, but only for sticks that plug into laptops.

Apple is widely expected to introduce a version of the iPhone for Verizon’s network this year, but indications are that it won’t happen at CES.

That leaves the CEO of Verizon Communications Inc., Ivan Seidenberg, to talk about other smart phones at his keynote presentation Thursday, while everyone will be thinking of the elephant in the room.

As cnet reports, Ford is attending the 2011 CES and has promised big news for Friday’s portion of the event, possibly related to a new Ford Focus powered via battery.

Today, the automaker has released teaser photos of what appears to be a new Focus BEV concept and announced via its Ford Electric Vehicles Facebook fan page that it will have big news at the 2011 International Consumer Electronics Show in Las Vegas.

A set of photos posted on the automaker’s Facebook wall showcases the electric car’s charging port, which is located on the driver’s-side front fender. Surrounding the charging port is a four-section LED ring that we assume indicates the battery’s charge state in 25-percent increments. Also pictured is Ford’s electric vehicle badge, which shares design elements and iconography with the automaker’s hybrid vehicle badging.