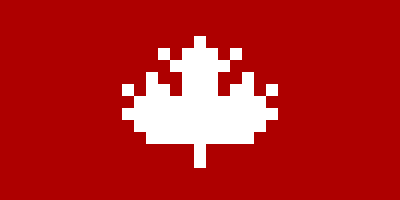 When Extreme Startups and GrowLab merged in August 2014, it served notice to the Canadian accelerator landscape that things were being taken a little more seriously.

With more programs popping up every year, those two reputable institutions did the opposite of flooding the market. They consolidated their energies into one offering, the HIGHLINE program.

It wasn’t hard to decipher what the move pointed at: there’s too many accelerators in Canada, many of which are poor-quality.

We chatted with HIGHLINE’s CEO Marcus Daniels about what will change in 2015.

Daniels, the former managing director of Extreme Startups before it merged with GrowLab to become HIGHLINE, immediately pointed to increased specialization in 2015.

Programs will focus on one key area and provide more expertise, much like China’s HAXLR8R program for hardware startups. Others will focus on Software as a Service (SaaS), non-profit and social ventures, and still others will only look for more mature companies. The list goes on.

“One of the most valuable things accelerators do for you is focus on a few core objectives,” said Daniels. “You’re going to have a few programs that are going to fit that need of companies who are further along, offering more advanced programming.”

There’s still a place for more classic programs that simply try to educate its founders on early-stage education, basic mentorship, and working towards product-market fit, but Daniels said the number of these will begin to decrease in 2015.

“There are too many accelerators that are more or less using the same model and aren’t specializing in anything,” he said. “Unfortunately it’s not effective.”

Like HIGHLINE, Daniels said he sees more Canadian accelerators and incubators merging to provide more value to founders. In fact, he’s pushing for it.

“It would be a hell of a lot more powerful if people were more open to collaboration across the country,” Daniels told Techvibes. He called his program an open, collaborative platform that serves founders from eastern to western Canada.

One thing currently holding Canada back is that “there’s still a lot of silos right across the board,” he said. But after several conversations with accelerator stakeholders throughout the country, Daniels thinks they’re warming up to co-creating programs for a stronger offering.

Just like we suggested the need for a results watchdog within the Canadian coding school sector, the same can be said even more forcefully about the accelerator space. An undeniable need for more transparency and accountability exists for accelerator programs that should truthfully report both their successes and failures.

“I think that’s going to happen either naturally or people are going to start publishing their success and not skewing the data. It’ll be data derived from legitimate sources,” said Daniels. “I can even envision an international measuring stick for this.”

Just who will end up creating this is still unknown. But Daniels said beginning in 2015 there’s going to be much more transparency about results.

He also didn’t dance around the issue, questioning which programs are actually adding value versus ones that aren’t.

“There’s lots of programs that are doing lots of activities, but are they truly driving impact to the founders that they’re serving?” said Daniels

On one hand this demands founders to be more diligent and careful in their research. On the other, programs need to be held accountable if they’re taking equity from dozens of companies a year.

More and more incubators and accelerators will be created both in Canada and abroad in 2015. Some will be strong and others will be poor. In fact, over 1,000 programs currently exist in the world.

More corporate-sponsored programs will pop up, new programs that partner with reputable institutions will be created, and still others will create entirely new propositions.

“Let the free market decide,” he said. “At the end of the day top-tier founders will know where to go. The reality is that for programs that aren’t adding any real value, their sustainability model won’t last.”

Moreover, after nearly four years since the first modern Canadian startup incubator or accelerator program was born, founders are savvier.

“Over the last few years we learned a lot about what’s worked and what hasn’t worked,” said Daniels.