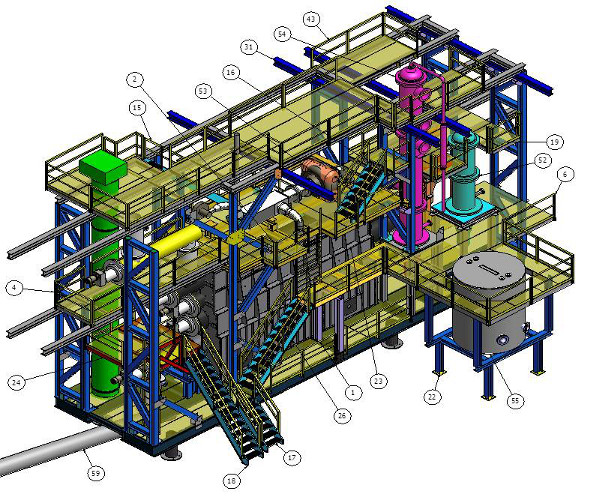 Fulcrum’s TiPs (Thermal-static internal Pyrophinic system) converts hydrocarbon-based waste and fossil fuels into clean energy. The company says that the technology can remove greater than 99 per cent of all trapped hydrocarbons in various feedstock, such as coal and oil shale, and in waste materials such as tires, industrial waste, municipal waste and contaminated soils. Under this new deal, DGF Shandong Industries Corporation will use TiPs for five years.

The agreement is “a symbiotic relationship in which all parties bring something different, something valuable to the table. I believe we will collaborate really well together, achieving breakthrough results,” Fulcrum CEO Lyle Ewanchuk said in a release.

The TiPs process also has a reduced environmental impact as it does not use any water or catalysts to extract hydrocarbons. It also produces minimal emissions.

The facility will have two 50-megawatt electrical generating sets and three 220-ton steam boilers. China is the top producer and consumer of coal in the world, which means that they also are one of the top emitters of carbon dioxide. While the country is already working on building out other clean energy sources such as wind and solar, Fulcrum’s landmark partnership with DGF Shandong Industries Corporation allows for the use of coal as a clean energy source while reducing greenhouse gas emissions during production.

Besides coal production, TiPs technology can also be applied towards petroleum drilling, mining, tire recycling, and municipal or commercial waste management. TiPs can help maximize production and reduce greenhouse gas emissions, which makes it a solution that is profitable and environmentally friendly.

Fulcrum is a private company headquartered in Edmonton, with a manufacturing and test facility in Texas. The company was established in 2011 when the founders acquired the global Intellectual Property rights to a revolutionary green technology proven effective at converting various hydrocarbon-rich resource and waste materials into valuable refined products.