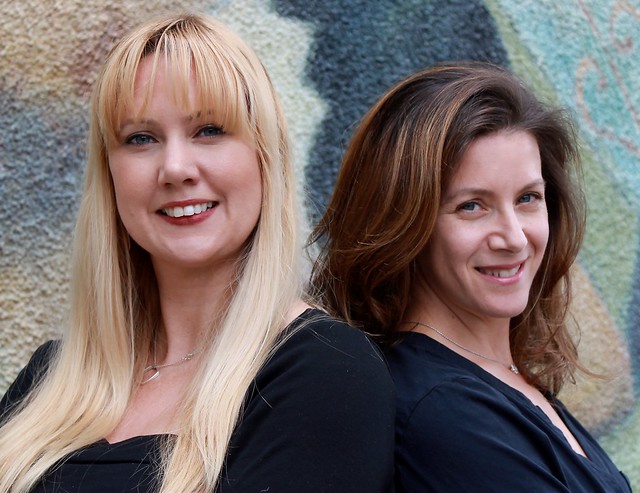 Crowdfunding has become part of standard operating procedure for entrepreneurs in the 21st century.

But crowdlending has proven elusive in Canada, thanks to an interprovincial power struggle regarding the construction of a national securities regulator. That doesn’t mean that Canadian minds aren’t coming together to try to make crowdlending a reality. It just means they haven’t been able to pull it off north of the 49th parallel.

Twelve months ago, Tabitha Creighton knew it was time for a career change. She knew she wanted to do something that would create a legacy—when her friend told her to get in touch with Lisa Ohman, she did so. Now, the two Canadian women are the founders of InvestNextDoor, the first community-focused online peer to business investment marketplace. Tabitha regularly makes the commute to their offices south of the border.

“When we originally looking at launching the company about a year ago, we looked at the securities laws relative to the American laws, and realized that [Canada] at least for now—there are proposed changes that would make some impact—just wasn’t a viable environment yet to launch,” she explained to Techvibes. “We can accept Canadian businesses into the marketplace, but the difficulty is really about the Canadian investors—because they have to adhere to the securities laws, and right now there’s no province that allows crowdlending scenarios.”

“I hope with all my heart that it’s not always going to be this way, but for the time being, Canadian businesses can participate, Canadian investors cannot,” she added.

Setting up a crowdlending campaign is no different from setting up a crowdfunding campaign. True, the application process includes determining an interest rate for the loan, but the campaign exists just as any Kickstarter or Indiegogo campaign would, with the need to mobilize existing fanbases to generate buzz around a business. Still, Creighton admits there’ve been more than a few challenges involved in IND’s creation.

“Working within an ever-changing regulatory market and trying to launch a business at the same time is a challenge; it’s not like launching an app or a piece of enterprise software—we’re entering a market that doesn’t exist right now, where the regulations don’t exist yet,” she says. “We’ve invested a lot of our resources to make sure we’re one step ahead, and positioned to go wherever those regulations go.”

“And with any two-sided marketplace, we need both sides to grow equally,” Creighton continues. “You can’t have too many businesses or investors, or else the whole thing goes out of whack. It’s like trying to stand in the centre of a teeter-totter. And we’ve got to educate the businesses and investors about what we can do for them. Everyone’s so used to doing things with banks.”

For better or worse. Banks might be the most obvious place to go for money, but they’re not always the wisest. Even American institutions seem to be coming around to that idea. American credit unions and smaller banks are very much in favour of InvestNextDoor’s presence; larger banks seem to resent InvestNextDoor’s freedoms, curtailed in the wake of the bank restructuring at the start of the century.

While Canadians might not get to invest yet, there are already Canadian businesses participating as investees. Leslie MacLean of Toronto’s First Dawn Enterprises became the first Canadian business to be listed on the site a few weeks ago. As a personal friend of Tabitha’s, she knew she would choose IND to be her fundraising platform—but not solely out of personal loyalty.

“[Their] principal of socially responsible capitalism is a big one for me,” she says. “The access to a degree of funding, while small, is extremely critical for smaller businesses. You go to major lenders and say that you’re only looking for $20,000, to say that you just want to hire your first people, and they look at you and say that they won’t really look at you unless your plan is $200,000 and you want to buy real estate. But everything is virtual now and we don’t need to make massive capital investments. But the small steps we do need to take do still need to be funded. InvestNextDoor is exactly that kind of thing [to help with that].”

InvestNextDoor is very much a growing enterprise. Plans to include geolocation within the platform, to help users find local businesses in need of support, and the creation of a campaign to raise equity for IND are both in the works.

Twelve months ago, IND was an idea. Twelve months from now? The sky—and Canadian laws—are the limit. To see if the platform is right for your business, go here to learn more.