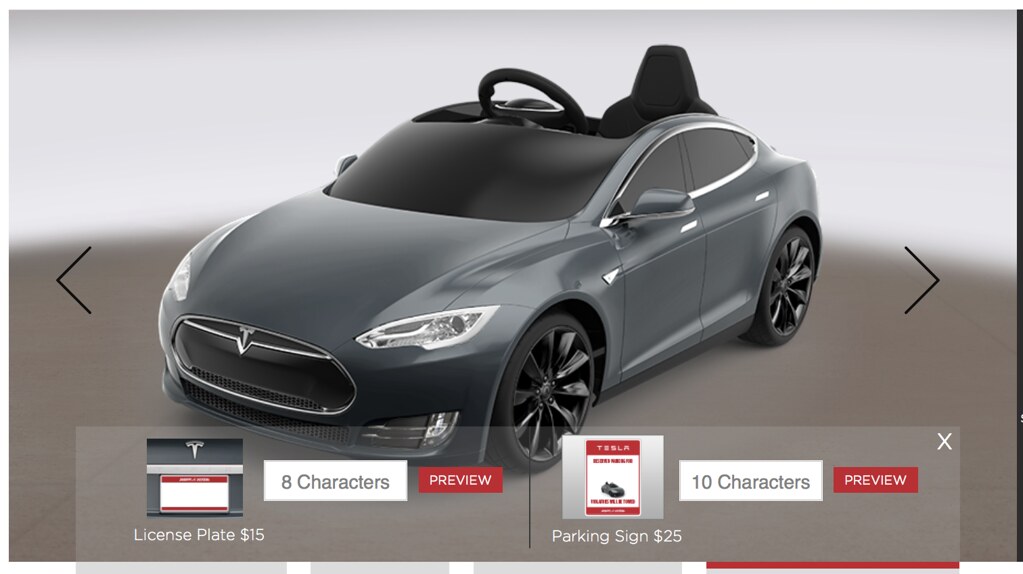 A couple of weeks ago, Tesla sold $7.5 billion worth of its new Model 3 in less than 24 hours, accepting several thousand orders per hour.

It’s great fun for adults to ride around in a Tesla, but what about kids? Radio Flyer has that covered. The toy company launched a Tesla Model S designed for kids aged three to eight.

The Tesla, which uses a Flight Speed Lithium Ion battery, is shipping to Canada this July.

The car, which features working headlights and a sound system, is available for preorder. Depending on the customizations, the toy will run parents around $600 USD.