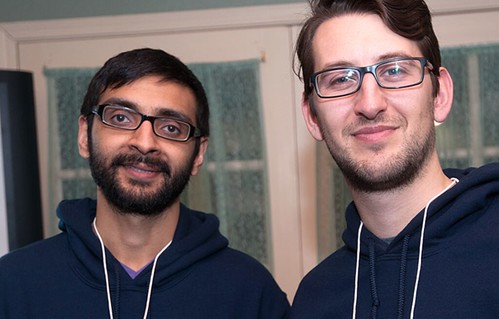 Jeremy Shaki and Khurram Virani, the founders of Lighthouse Labs, say they want to see the Conservative, NDP, Liberal, and Green Party leader’s commit to kickstarting a discussion in parliament on code literacy, outcome-based education, and Canadian innovation through technology.

The election is three weeks away and it’s a topic that has not been addressed by any party, they note.

We’re disappointed. The tech community is disappointed. And many Canadians, from coast-to-coast, are disappointed with the lack of discussion on the importance of technology, technology education, and code literacy to drive prosperity and innovation across Canada. … We need to see a commitment from the government in kickstarting the conversation, creating awareness, supporting digital literacy and coding education in schools and beyond, and helping all Canadians be part of this solution. … We all want to know why you don’t care about Canada’s need to be code literate. We all want to know why you are not supporting Canada’s progress through technology.

The letter follows a similar petition launched by another Canadian coding school, Bitmaker, in July.