“Renewable energy has never been seen as widely accessible, especially in a city condo.”

A Toronto-based startup wants to give condo dwellers more control over their energy use through a smart solar charger called Jenni.

Better Current developed an intelligent charging hub for electronic devices that learns a user’s habits and daily routines, and knows to pull energy on grey days from the power grid during off-peak hours. Drawing energy from the sun, power is stored in a 120 watt-hour lithium battery—enough to charge an iPhone many times over.

Jenni users can monitor the hub’s activity through a mobile app that shows time to charge, energy savings and how the green product is contributing to the community.

“No solar product has the capability that lets you see your charge and efficiency. With the app, you can see how much sunlight Jenni’s exposed to and how the device is pulling charge from the grid,” said Better Current’s Daisy Morris.

Better Current has been in the solar space for a few years, providing solar charging stations exclusive to large-scale company events and green exhibits. They designed Jenni for everyday use, targeting people in condos who have less say over what energy they use. 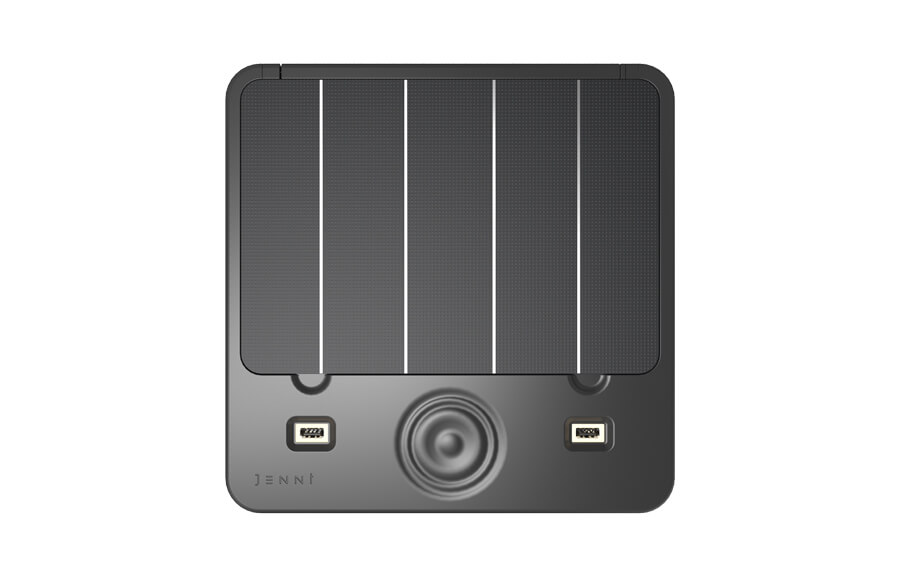 Morris said the Toronto company’s first made-for-consumer device is hoping to be a “gateway into green energy.”

“Renewable energy has never been seen as widely accessible, especially in a city condo. In a home, you can have solar panels on your roof. But in condos, you have no say whether your building has green products or not,” said Morris.

A little smaller than a laptop, Jenni is equipped with both inductive charging and charging docks. It’s powered by a 5-watt built-in panel and a 20-watt window panel that can also double as a photo frame, clipboard or whiteboard.

Jenni is officially launching in two weeks time on the crowdfunding platform Indiegogo. It will be priced at $349 USD for the hub, window panel, dock insert and mobile app.