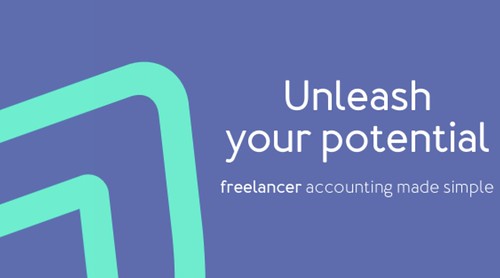 Dominic Goulet says he wasn’t planing to launch a startup when he built a software tool to reduce the amount of time he spent doing accounting.

But that’s just what Goulet did. He’s the founder and CEO of Momenteo, a Quebec City startup and that software tool he built for himself is now a cloud-based accounting product aimed at freelancers.

Goulet says he got the idea in 2014, while he was working as a freelance software developer. He says he was using accounting tools that were designed for small businesses but they just didn’t fit with the way he worked.

“I never felt that these tools were designed for me as a freelancer, so I just went and created a very, very simple tool for myself,” he says. “I managed to get my accounting down to two minutes a week, which is pretty awesome as a freelancer.”

He says his wife, who was also working as a freelancer, started using the tool as well, reducing the amount of time she spent doing accounting from around four hours a week to four or five minutes.

But it was only after some friends, also freelancers, started using the tool that what had begun as a way of making Goulet’s life easier started to look a little more like a business.

“After a couple of weeks using the tool, we were having a beer at my home and I told them, ‘hey guys, this cost me money and time, I think it would be a good thing if you paid to use the tool,’” he says. “So they all got out $20 bills and put them on the table.”

That’s when he decided to devote his efforts to building Momenteo.

Goulet spent a year building out the tool and getting feedback through a private beta. He launched it officially on Jan. 11.

“We managed to nail down the freelance accounting to a single question,” he says. “We ask each freelancer ‘what have you done today.’”

By answering that question, adding quantities and dollar values, users can give the app all the information it needs to create an invoice or expense report, as well as create other documents that are important to freelance workers, like tax remittance reports.

“We tackled the way a freelancer works and we work the same way as they do,” he says.

Right now, Momenteo is only available as a web app but a mobile app is scheduled to launch in February.

While many cloud-based accounting products use a freemium business model, Momenteo only has single price – $20 a month (there is a free trial).

“It fits the brand we have. We focus heavily on saying to freelancers that they should charge the price they’re worth,” Goulet. “It’s just fair that we do the same.”

He says having a free version would send the wrong message.

“Quality is important,” he says. “When you’re serious about your business and you charge the right price for your services, you know the value of having a great tool to support your business.”