According to newly released April data on the Netflix ISP Speed Index,which ranks which internet service providers in Canada provide the best primetime Netflix streaming experience, there’s a huge difference between streaming video on Bell versus Rogers, among other findings.

Shaw ranked third at an even 3 Mbps, while Telus sat in the middle at 2.5 Mbps, according to the index.

Overall, our average streaming speed for Netflix was 2.5 Mbps, just ahead of the US at 2.3 Mbps but well behind most European countries, which typically averaged above 3 Mbps. 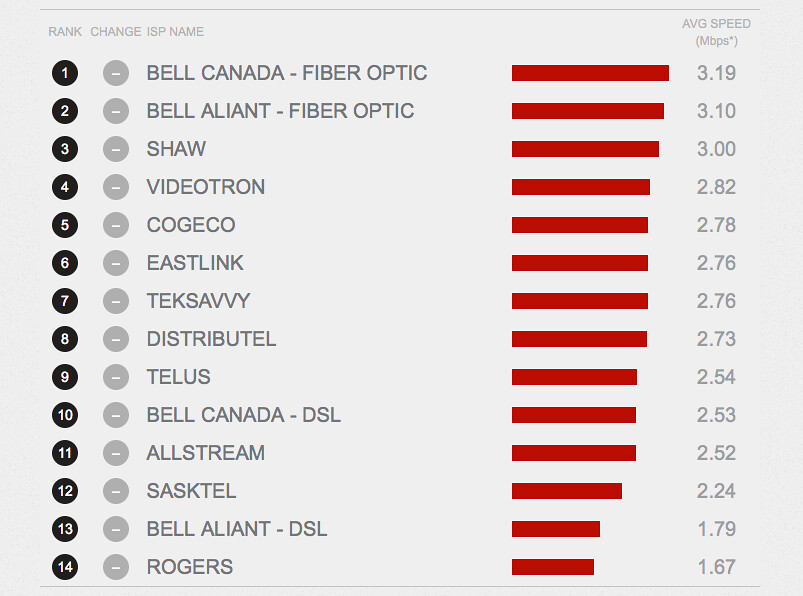