Mobile remains as big as ever, and apps see more usage than mobile web, but a large chunk of consumers rarely download new apps, making it a tough business for many.

According to comScore’s new 2017 US Mobile Apps Report, more than half of smartphone users download exactly zero applications each month, while 13% download an average of one. Just 5% download eight or more apps per month on average.

If an app has made it onto a phone, congratulations to that app—if it becomes a staple of that user’s roster, it will see major usage: Half of all time spent on digital media is via smartphone apps, which is significantly more than the mobile web (7% for smartphone web and 2% for tablet web), comScore data shows.

App developers should not worry, however. This seems to be mostly a generational thing—the youngest generation is into discovering new apps, so with time, things should get easier. 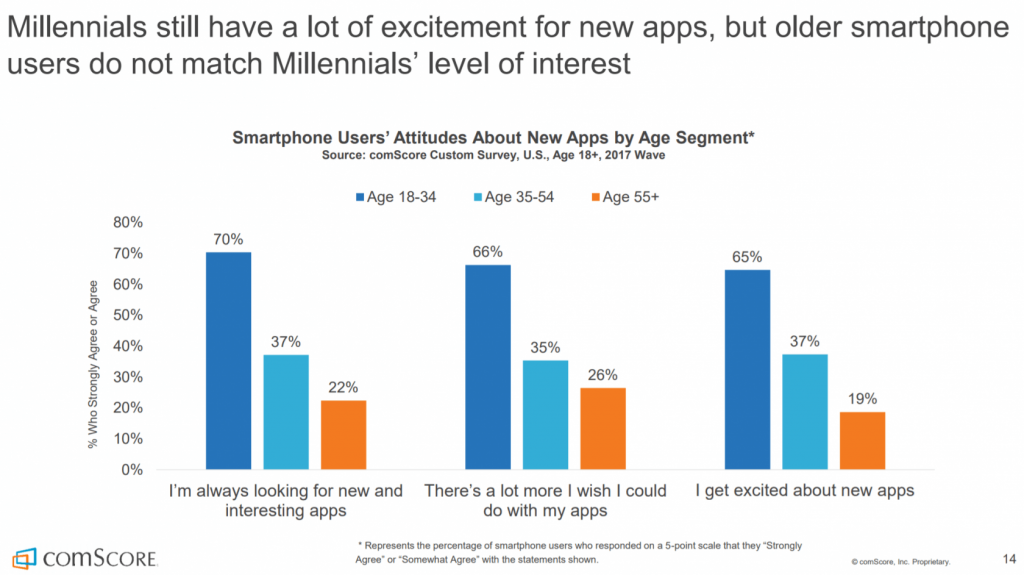 Not only do those aged 18-34 spend on average one more hour per day than those above 55, they’re also much more likely to seek out new apps and get excited about them. While 70% of those under 34 say they are “always looking for new and interesting apps,” just 22% of those 55 and older say the same. (Old folks may be on to something, however; according to a survey by Time Well Spent, the more time an app demands from us, the less happy we become using it.) 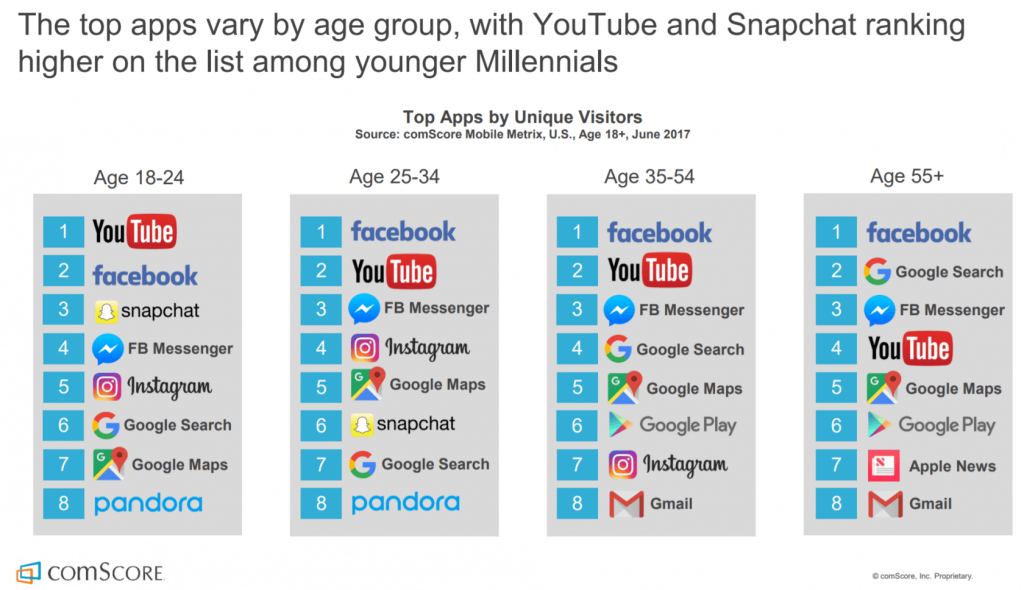 Interestingly, the most popular apps don’t change much across age groups. Facebook, YouTube, and Messenger all crack the top four across all age groups. Instagram and Google Maps also prove popular, while Snapchat sees love only from those 34 or younger.