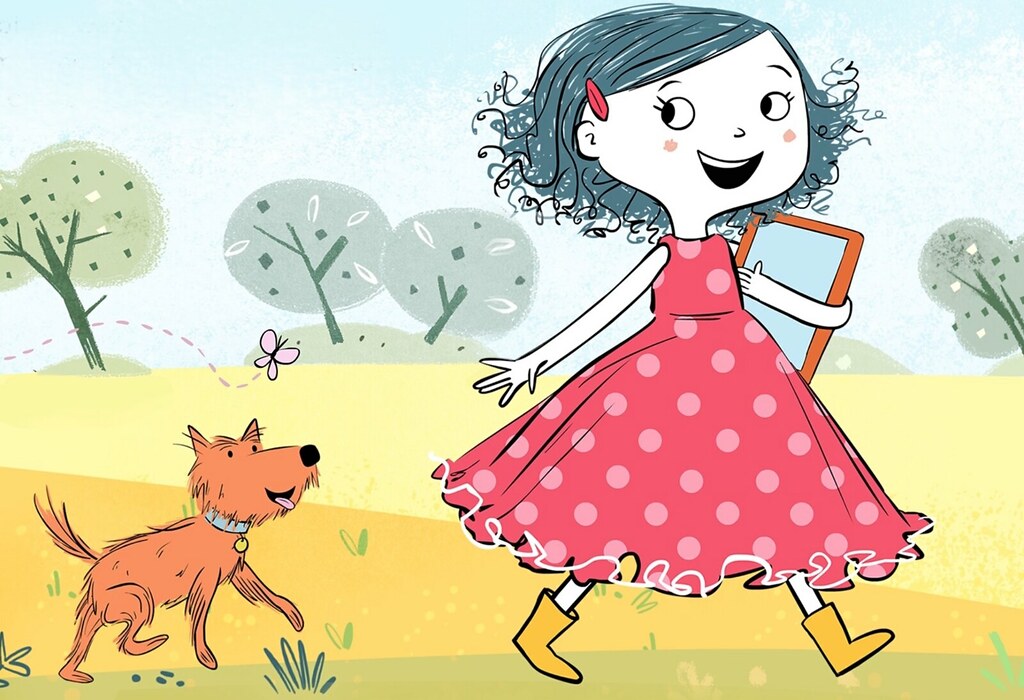 On Thursday, the CBC announced their fall lineup, which doesn’t sound exciting right away, but one of the new shows will be a kids show about a tech-savvy girl named Dot, based on a children’s book by Randi Zuckerberg.

Zuckerberg was in Toronto at the storied CBC headquarters to talk about the show, and why she created it.

“Silicon Valley is an amazing place of bright intellectual people trying to change the world, but I think one thing that’s missing is women, having a seat at the table and having a voice in these companies,” she said.

The character, Dot, and the book by the same name is meant to inspire young girls to get into tech. Zuckerberg thinks that we lose women early in their lives because of a lack of positive cultural touchstones.

“By age seven, eight, we’ve already lost them from STEM fields, and I think pop culture can play a huge role keeping more women in tech,” she said.

Since leaving Facebook, where she acted as the Director of Market Development, a key theme in Zuckerberg’s work has been when to unplug from the digital world. That theme stays with Dot.

“She’s very entrepreneurial, but we wanted to make it balanced. She knows how to when to put the tech away,” Zuckerberg said. The idea is a balanced life, but one where technology plays a central role, can make tech seem not only interesting to young girls, but also fun.

Though the technological world, which young girls often lack a an entry point into, can be fun and exciting for all kids, it does pose certain dangers. To counter this, Zuckerberg and her team worked with consultants in different areas of childrearing, and children in tech. “We certainly don’t believe eight year old girls should be on social media. You’ll never see Dot doing something not age appropriate,” she said.

Bringing young girls into tech and teaching them for an early age to live a balanced life has been a substantive part of Zuckerberg’s work since she left her role of Director of Market Development at Facebook in 2011. The original children’s book had the same goal as the show, and she is the founder and Editor in Chief of Dot Complicated, a blog. Dot Complicated isn’t a tech blog, or women’s blog, but it brings tech into the fold of lifestyle. With tech at the centre of modern life, a lifestyle blog that brings tech into the fold was appealing to Zuckerberg.

“Tech is modern living now,” said Zuckerberg; “I try to write about tech and entrepreneurship in a way that isn’t alienating to people who say ‘I would never read a tech blog,’” she added.

As far as Dot’s adventures, the first season of the show will cover almost every hot topic in the world of tech today. Dot, and her best friend Hal, other friends, parents, and pets, will 3D print food, fly drones, build robotics, and even learn about artificial intelligence. Each subject Dot and her gang tackle will have will come with their own wacky misadventures and lessons to learn, all while trying to maintain a balance between the technology world, as well as the practical world.

Even though Zuckerberg has focused on making tech an inclusive space, and making technology more accessible to the everyone, she can’t help be part of something innovative. The Industrial Brothers, the Canadian animation studio behind Dot, have been using new, innovative software to make the show. “It is wild to see the tech advances in animation. We’re putting 52 episodes together in a short period of time, so they’ve used some really interesting tech innovations to move the animation along,” she said.

Dot, the character and the show, will premier on the CBC in October as part of the fall lineup. The future of Dot can’t be determined now, but Zuckerberg has high hopes.

“Who knows? If it does well, maybe her dog, who is a recurring character, will get its own spin-off,” she said.