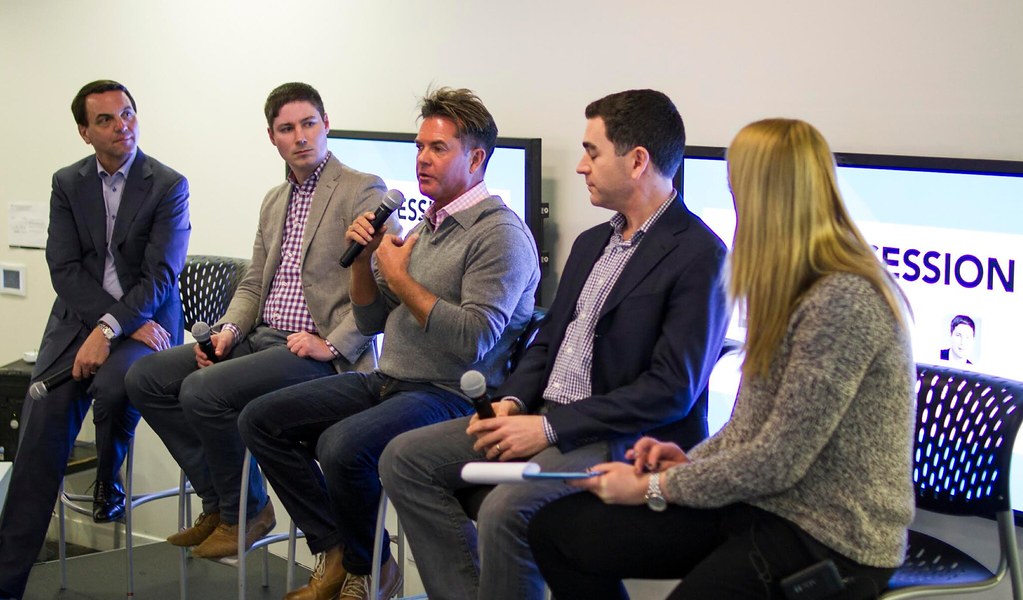 The DMZ at Ryerson University brought together a legislator, an investor, a startup, and a titan of the sharing economy together for a panel discussion yesterday.

After a few words of introduction from Ryerson University’s interim president Mohamed Lachemi, Tim Hudak, the former leader of the Progressive Conservative Party of Ontario, began by talking about his private member’s bill “Opportunity in the Sharing Economy Act” introduced to the Ontario legislature in October 2015. Hudak’s opening remarks were focused around keeping government regulators away from the sharing economy space and his excitement around how quickly the sharing economy has grown.

“No issue has advanced so fast, other than some civil rights issues,” said Hudak. The Ontario MPP also argued that Toronto and Ontario should do more to cooperate with sharing economy companies, citing San Francisco as an example.

He was then joined by fellow panelists Chris Schafer, the policy lead for Uber Canada, Brian Kobus, the director of OMERS Ventures and Grant Brigden, the founder of Rover, a parking sharing app. The panel was moderated by Daryna Kulya, manager of the digital innovation lab at Deoitte.

The panel went on to discuss regulations the government should enforce in the sharing economy space.

“There is a role for government to set the table for regulation and data privacy. That role is there,” said Schafer. Ultimately, Kobus stated that whatever compromise the government and companies the sharing economy space make, the sooner it happens the better it will be for companies. Kobus said that the regulatory gray area in creates doubt, and removing that doubt, “makes investment more attractive.”

The panel then went on to discuss how the sharing economy is fundamentally changing the way consumers place their trust in businesses.

“Trust used to be established by the government. Now, consumers are saying that a peer to peer trust is better,” said Hudak. Brigden said that it’s likely that as the sharing economy evolves, people will be able to check each other’s ratings across multiple platforms, so that people could firmly establish trust with a proven track record.

“The big picture is support; from the government level, from the VC level, and from the community level,” Brigden said.