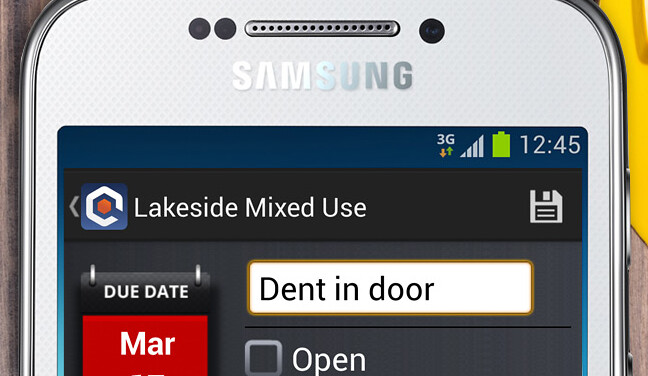 In 2008, Apple launched the App Store for the iPhone. It quickly came to define what an app store was all about. And what it was about was games and other consumer-focused tasks.

But travel back in time a few years before that, and you find yourself in a world before the iPhone, when smartphones were not on consumer wish lists.

That was the world of the Palm Pilot, Windows Mobile, and Blackberry, back when the company was known as RIM. The only consumers who sported these phones were wannabes with too much money to spend. At least, that was the perception. These were business tools that gave no ground to a populous sense of style and function. Besides the occasional game of solitaire, all mobile applications meant business.

Besides the few Blackberries that continue to be popular with the enterprise and institutions, all corporate phones come from the consumer sector. Business functionality is being bootstrapped onto those consumer devices, and into those consumer ecosystems.

What was a shocking headline in late 2011—“Apple iPhone passes BlackBerry in business use, survey finds”—is the normal of today. And while Apple has recently launched a campaign to court the business world with their offerings, what got iPhones and iPads into the boardroom was the work of third-party developers who created the business use case for these consumer devices. These are a few of the products that helped Android and iDevices displace Blackberries in the world of suits and ties:

Though the corporate world is dominated by people toting briefcases, we would be remiss if we overlooked the sector wearing hard hats. Construction is a mammoth industry we often don’t think of as being in the middle of the tech revolution. But a big construction project easily generates as much paperwork as any job performed in a cubicle. In addition to safety gear, the construction worker needs as much IT support as the average office worker.

Android devices, popular for their variety and affordability, are making their way onto the tool belts of more construction workers every day. Those looking for an Android construction app will find that the most powerful and popular tools are on offer with cross-platform availability.

Where you don’t find these applications are on Blackberry and Windows Phone. It is important to note that Windows Phone is the successor to Microsoft’s Windows Mobile. Together, these two companies once divided the business market between them, much like Apple and Android do today. Today, Microsoft and Blackberry offer the last platforms to get availability of apps designed for business.

One of the early innovators in the POS app space was a company called Square. They started with the iPhone, offering a square dongle that plugged into the headphone jack. It had a slot for sliding a credit card. The hardware accessory was paired with simple to use software that enabled the average person to take credit card or debit card payments on their iPhone, iPod touch, or iPad.

Of course, that product was never designed primarily for consumer use, but for people with a business need for taking plastic. Eventually, the product matured into point of sale registers based on iPads in a retail setting. Since then, there have been so many point of sale apps that we need app guides to help sort them out.

There is more to business than suits, hard hats, and retail cash registers. There is also the plethora of small businesses with an interesting twist on technology.

For instance, ten years ago who would have ever suspected a pub could make use of cutting edge technology, and increase efficiency in the process? That wild idea is an imminent reality with a new app called Preo. Here is the latest on the app scheduled to be available later this year:

With an inventive app for consumers and a patent-pending printing system for bar and restaurant owners, the Toronto and New York-based company has seen dramatic results for their clients. In some cases, bartenders were able to shake, stir and concoct their way to twice as many drinks served per hour.

Starbucks also has a specialized app for optimizing service, and reducing the friction points between ordering and fulfillment. It is one of the few, mainstream reasons to use Apple’s PassBook app. Airline ticket integration is another.

Love them or hate them, Dominos Pizza has changed the way we order pizza. There was a time when getting a hot pie delivered to your door meant picking up the phone. Today, you still pick up the phone, only now it is to use the innovative application that is superior to calling.