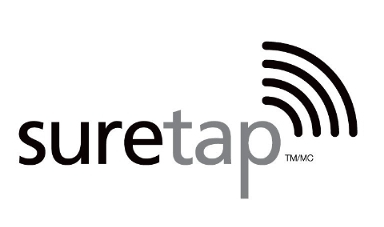 Bell, Rogers, and Telus, are now offering the suretap wallet across 30 Android and BlackBerry smartphones, with other device platforms expected to follow by the end of 2015.

In addition to strong wireless carrier support, suretap announced a new partnership with the Canadian Imperial Bank of Commerce today, expanding the credit cards options available through the suretap wallet.

“Suretap has gained and continues to gain substantial support and participation from a growing ecosystem of Canadian companies that embrace our application’s open and technology agnostic model,” said Jeppe Dorff, President of Suretap.

The Suretap wallet uses Near Field Communication technology which is immediately compatible with all contactless payment terminals; it also uses barcodes and QR codes for the compatibility to transact with retailer infra-red scanners.

Physical and online retailers such as SIR Corp (who carry Jack Astor’s, Scaddabush, Far Niente and more), Cara Operations (who carry Swiss Chalet, Milestone’s and more), Indigo, Cineplex, Forever 21, Groupon, and others have also signed up to participate in the multi-partner program and are available in the suretap wallet.