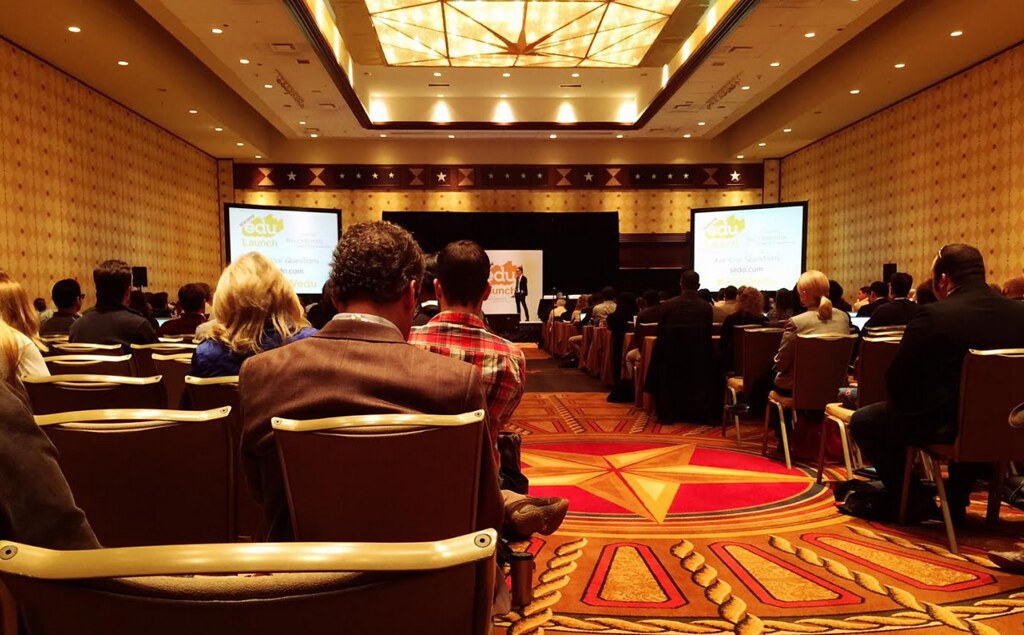 LAUNCHedu is a startup pitch competition currently in its fourth year and a central part of the increasingly Burning Man-esque SXSWedu conference-party. This morning here in Austin, the finals began.

I have four issues—I actually have like 50, but I’ll list four here—with competitions such as LAUNCHedu, and none are actually the fault of this competition. These observations represent what I and many (almost always silent) others see as the unsatisfactory current lay of the land in the education space.

First, nothing is actually launching here. The vast majority of the finalists are running well-established businesses, some of them with tens of thousands of users and others replete with risk capital and already robust revenue streams. So what this means in practice is that truly early-stage EdTech startups never even get a sniff at the finals of big-name startup competitions. That’s one of the built-in lies central to the game.

My next issue with EdTech startup competitions is simply the question of why. What’s the point? It’s not really to reach a broader audience, as conferences such as SXSWedu are perfectly incestuous by design. The thunderdome that is the Austin Convention Center plus nearby ubiqui-hotels aren’t the kinds of place where a causal observer just pops in for a couple of days. The type of audience these events draw is a mix of educators, education entrepreneurs, investors, and industry insiders.

The only people who might truly learn about the existence of the companies pitching are those with by far the least amount of power to help them succeed—the individual classroom teacher. Yes, these companies may be pitching directly to their audience but the idea that a SXSWedu appearance will make their product viral is simply inaccurate.

Third, of the 11 finalists, only one is a pure B2C play, with the rest either straight-up B2B startups or at least using the school to intermediate between the company and the end user (B2B2C). That’s simply anachronistic, out of touch with the future of the EdTech vertical, reactive rather than proactive. And it’s more than a little disappointing that more isn’t being done, generally, to fuel B2C growth in the industry.

Finally, in the past few years, none of these launch competitions have launched much that’s actually novel. That’s not to say that the finalists of LAUNCHedu aren’t, by any objective industry measure, “good” startups. Let’s say, for the sake of argument, that they’re even markedly better than that. None of these startups, or any that I’ve seen in similarly-situated competitions over the past few years, has been exceptional in the long-view, capable of generating more than the fleeting excitement that comes from watching a good pitch.

And the fault for this isn’t that of any of the finalists, nor of LAUNCHedu itself. It’s an industry issue and it truly extends way beyond the education and EdTech space.

The most compelling startups don’t make it through the various rounds of pitch competitions because that’s not how the competitions themselves are designed to work. Industry secret: Pitch competitions are actually designed to weed out startups that are engineered to produce fundamental and systematic change. Deep status quo-disturbing isn’t part of the game. Having judged many competitions over the years, evaluation revolves around the practicalities of making the company work. And maybe it should actually be that way. But the end result is deeply staid competitions where solid startups try to pitch themselves as shooting stars, which they’re simply not.

Here at LAUNCHedu x SXSW 2015, finalists included a startup that puts your homework on your mobile phone, a microfinancing platform, a portable multimedia classroom (a $16,000 Philippe Starck-designed next-gen laptop cart), a language app, and another “new way” for young kids to learn how to code. And, parenthetically, the next time someone tells me that learning to code is much more important than learning Mandarin or English, I’m totally going to snap. All literacy is important but, seriously, big picture, please.

And having sat through this morning’s pitches, I can attest to the fact that they were all fine startups and, I’m sure, well-deserving of having made the finals of this or any EdTech pitch competition.

But one of the massive and valid criticisms of SXSWedu is that it internalizes then mirrors the most troubling aspects of this industry’s personality. So while SXSWedu isn’t the ideal venue for a truly early-stage pitch competition with startups and ideas that can enlighten the monochromatic current landscape (and most probably implode while so doing), such an event and competition desperately needs to exist today.

Until then, we’ll have more of the same and more laudatory pieces as to how far EdTech has come to have such huge conferences such as SXSWedu, and ISTE, and even GSV (because EDUcapitalism, yay!). And, yeah, I actually like GSV because it’s painfully open and honest about what a ridiculously narrow thing it is and it’s actually the sole industry event that’s openly a wolf in wolf’s clothing.

But that’s next month, weeks after we implode from the cloying sugar high of Austin’s Kool-Aid, available here in central Texas in unlimited quantities, but all the same colour and flavour.