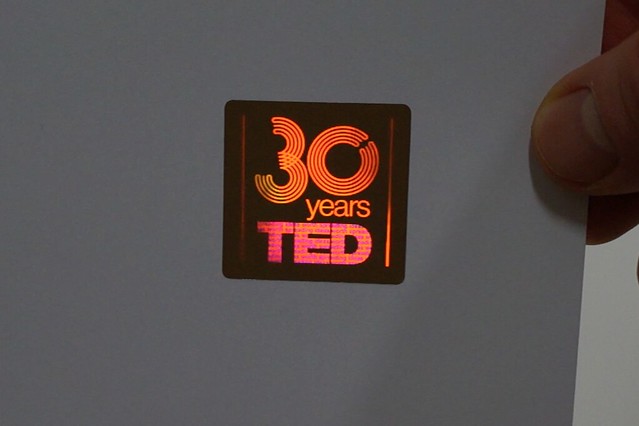 Nanotech Security announced that it has been selected to design and produce an exclusive event access ID and branding solution for the TED2014 and TEDActive 2014 conferences.

The public company’s KolourOptik nanotechnology will be integrated as a security feature on each participant’s ID badge for both events; the feature is a combination of TED’s iconic logo and ultra-high resolution lettering recognizing TED’s 30-year milestone delivering “Ideas Worth Spreading.”

KolourOptik technology produces intense optically variable images that can be applied to virtually any surface for anti-counterfeit and branding purposes. These fully customizable images result from billions of nano-scale surface holes per square centimeter which capture and reformulate light waves into brilliant colours without use of any pigment or dye. The commercial terms of the contract were not announced.

“Helping safeguard access to these conferences and capturing the brand was important to TED,” Nanotech CEO Doug Blakeway said. “What we have created for TED’s ID badges does both. This year’s TED participants have one of the most technologically advanced conference ID badges ever made. The badges will feature images that are imprinted with over 50,000 dpi resolution; that’s 150 times sharper than Apple’s Retina display.”