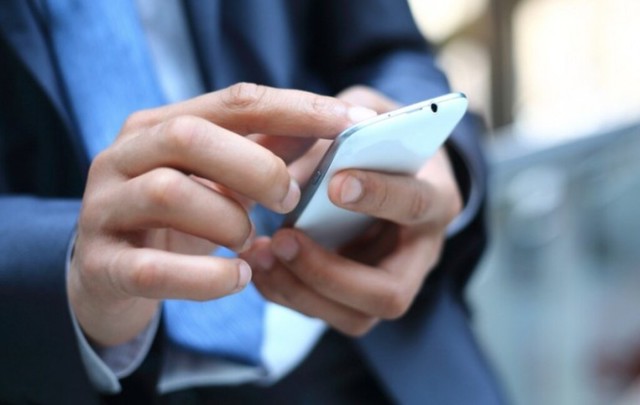 An interesting development is afoot and it is forcing everyone to rethink simplicity when it comes to design and communication.

One of the simplest modes of communication, that was almost forgotten and definitely overlooked, is regaining prominence. SMS, which stands for Short Message Service, was introduced in the early 1980s. It is mostly used by people sending text messages between mobile devices. SMS was the most widely used data application, with an estimated 3.5 billion active users, or about 80% of all mobile phone subscribers at the end of 2010.

But while SMS has been and continues to be popular among consumers, the tech industry for the most part dismissed it. It has instead sought after new and better means of facilitating communication. But some companies have emerged in the last year or two whose core user interface and functionality relies on SMS.

Magic is a prime example. Its entire model centers around customers texting any request to a number provided and the entire interaction occurs via SMS messaging. As simple and low tech as that appears to be, it seems to have struck a chord with customers. In just three days, Magic added over 1,000 customers to its database, fulfilled over 1,700 requests and has more than 25,000 people on a waiting list.

Assist is another growing company who, like Magic, relies on SMS for all communication. They enable users to instantly message a local expert to discover where to go, where to eat, where to drink, what to see, etc.

Now some companies are realizing the value in simple text messaging and are reverting back to SMS. Tab is a payment dining app that has built out a beautiful yet simple iOS and Android app enabling users to reserve and pay for meals at local restaurant. They’ve recently introduced Tab Talk, which enables customers to text requests and speak directly with someone rather than going through the iOS or Android ordering flow.

With SMS making a comeback as a core application interface, I’m sure this is just the beginning of a significant shift with how apps, especially within the service economy, build out their services. This trend has already been occurring in China via services like WeChat, which boasts 500 million users across the globe. Because WeChat is open to integration, it has encouraged the addition of a number of interesting features. For example, users can use the messaging platform to check into hotel rooms, purchase train tickets, order food for delivery, schedule doctor appointments, pay tuition, and more.

While at first, designers might be scratching their heads about the use of simple SMS rather than their beautifully designed UX/UI, the answer might be far simpler than it seems.

Texting is familiar. It is as simple as it gets and it doesn’t change. Unlike going through an app, whether you’re texting on an iPhone or Android device, there is essentially no learning curve.

Imagine a world where all apps (specifically service providers like Uber, Yelp, Airbnb, OpenTable, etc) could be accessed via a simple SMS request. Rather than navigating through a task-specific UI, you would simply open up your text message and text “I need an UberX” and get a reply “John will be there in 5.” That’s it. Suppose you want to book a flight, so you message flight-brokerage company Hipmunk, “I need to fly to Miami on Monday and be back in Toronto by Saturday morning”. Shortly after, you get the reply: “We have a flight getting back to Toronto at 5:30am and one coming in at 10am. The 10am flight is $60 more expensive at $475 USD”. You reply, “I’ll take 10am, thank you.” They reply, “Flight is booked. Check your email for your ticket and booking details.” Done.

The uses cases for messaging based platforms are many, but they generally break down along two broad go-to-market strategies. You can attempt to corner a particular vertical similar to what Tab and Assist are doing with restaurant reservations and local recommendations, or you can focus on a horizontal approach.

While time will determine which approach ultimately wins in the market, I believe going horizontal offers a more compelling value proposition for both users and founders. While it is clearly a more difficult feat, it seems to be a more attractive opportunity. Focusing on a vertical may have a lower barrier to entry and you are likely to spend a lot of time and money fending off competition as you try to control marketshare.

Magic is a close example of a company attacking the horizontal market, but they still rely on the messaging OS of whatever device it’s customers use and would still be competing with a company like Postmates if they decide to implement SMS in their offering. Even Operator, whose touts “Make a request and we’ll find it for you,” is still limited to what i can do if it lacks users. For example, Facebook messenger recently released a feature that enables users to send each other money.

This is something Operator may have a difficult time fulfilling. It is important to differentiate SMS vs. Messaging. Operator for example is a messaging app which means you can send messages from within the app to others who’ve downloaded the app. Magic isn’t an app at all and relies entirely on the SMS (text messaging). When it comes to building a horizontal service, I think WeChat is doing it right and Facebook is also a potential player with its 1.44 billion active users (don’t forget they also own WhatsApp). The key is building the messaging platform and allowing third parties to integrate into it. This would enable users to download a single app, but have access to virtually every service they would ever need.

An interesting idea I came across was the potential for Apple to turn iMessage into an open source platform, a sort of iMessage kit, that would allow third parties to integrate their services into iMessage. You could delete 90% of the apps on your device and replace them all with iMessage. You’ll be able to text Ticketmaster for tickets to the concert or Groupon for deals to the restaurant down the street and never leave your messaging app. Imagine a home screen with almost no apps.

With almost a billion iPhones sold world wide, a move like that by Apple could open up the door to a lot of interesting ways to use SMS.