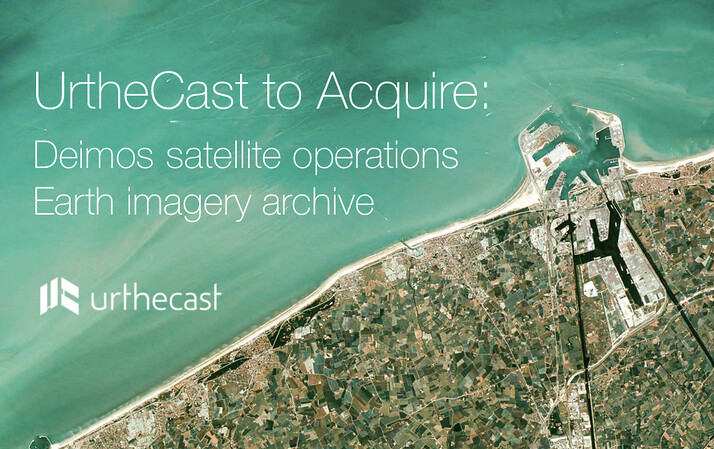 UrtheCast this week entered into a definitive agreement with Elecnor, S.A. to acquire its earth observation business, Deimos.

UrtheCast will acquire Deimos ownership, operation of the Deimos-1 and Deimos-2 satellites, and the Deimos global archive of Earth imagery. Terms of the deal were not disclosed.

“This is an incredible acquisition that epitomizes technological and operational synergy,” explained Scott Larson, UrtheCast Co-founder and Chief Executive Officer. “UrtheCast is rapidly accelerating its mission to democratize Earth Observation imagery, and bring a unique dataset and distribution model to customers and users that up until now, haven’t had this type of access.”

UrtheCast (pronounced “Earth-cast”) is a fascinating company in the Earth-observation market.  The company currently has two cameras onboard the International Space Station, an Ultra HD video camera and a medium-resolution still imager, and they have recently announced that they are teaming up withNASA to distribute real-time footage from the cameras.

The platform will enable the democratization of Earth observation data, as anyone with an internet connection will be able to stream the live footage. After raising $10 million in 2013 and earning recognition at last year’s BC Technology Impact Awards for Most Promising Pre-Commercial Technology, UrtheCast signed its first brand partnership earlier this year.