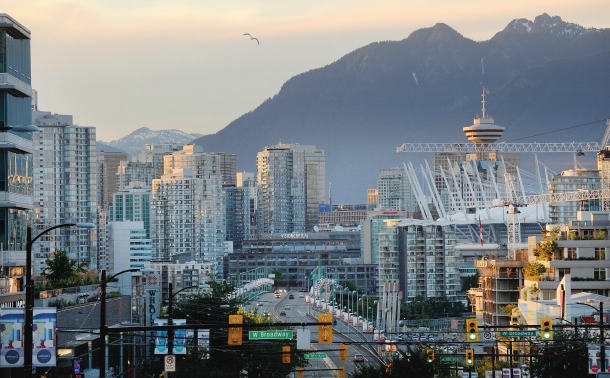 In the Canadian investment landscape, there are few VCs as adept at funding tech successes as OMERS Ventures, the venture capital arm of OMERS, one of the country’s largest pension funds.

In Vancouver alone, OMERS Ventures has funded Hootsuite, BuildDirect, and Vision Critical.  Their portfolio also includes Wattpad and Shopify, the latter of which prominently entered the public markets last month on both the TSX and NYSE.

Despite not having a particular geographic restriction, the vast majority of their investments have been in Canada, where they believe they have a competitive advantage and deep understanding of the market.

OMERS Ventures director Sid Paquette and senior associate Gideon Hayden were in Vancouver last week, and participated in a 45-minute fireside chat at the BCTIA office for its Grub in the Hub event.  The casual discussion touched on OMERS’ investment philosophy, what they look for in entrepreneurs, and which industries are attracting their attention.

Here are some of the excerpts from the discussion:

On what excites OMERS Ventures about upcoming tech:

Paquette: “We’re spending a lot of time in the Internet of Things (IoT) space. As we all know, in a very short period of time, everything is going to be connected and very soon the notion of IoT will not be a unique application.  It will have a similar transition as Big Data. Today, unlike four years ago, there’s not a company in this room that is not a big data company.  It’s not a business model in and of itself any longer.  Everybody is manipulating, collecting, and utilizing data for the betterment of the business, and that’s ultimately going to happen with IoT in the very near term. A lot of things are going to be connected and we’re not even going to think about it.

“We’re also spending a lot of time in adtech.  I’d say very generally though, we spend most of our time on software technologies, and probably the bulk of that is on the enterprise software side.”

Hayden: “With so many devices coming online, there’s a lot of talk on cybersecurity – how to secure your environment considering end points are proliferating like crazy. And they’re being built not with security-first principles. They’re just being built.”

Note:  To bolster Hayden’s point, security research done at HP has shown that 70% of devices under the Internet of Things umbrella are vulnerable to security threats.  The concern is that this increased amount of connected devices without adequate security provides opportunities to hack into a network and access more sensitive data.  Take, for instance, the hack on Target in 2013, when cyber-criminals used a third-party HVAC maintenance person’s login information to access data included in live customer transactions.

Incidentally, the founders of Optigo Networks, a Vancouver company that provides complete solutions to protect, connect, and manage smart buildings, were at the event, and participated in the discussion.

On Vancouver as a tech hub:

Hayden: “We’ve seen it come a long way in the last three to five years.  If you talk about our investments, we’ve deployed a lot of capital here. Three of our later-stage investments – Vision Critical, BuildDirect, Hootsuite – are all in Vancouver, and you look at how that’s weighed in our portfolio, it’s heavily in BC.

“There is a ton of activity at the really early stage in Vancouver as well, and we’re excited about the companies that are on the verge of making that jump.”

Paquette: “Vancouver is an amazing technology hub in Canada.  You should be very proud of what you’ve built here.  This is one of the best technology hubs in Canada; very comparable to the other tech centres in Canada, and I would argue in a lot of ways better.

“As the infrastructure starts to get a little bit of legs underneath it, I think Vancouver will be a juggernaut quite frankly.”