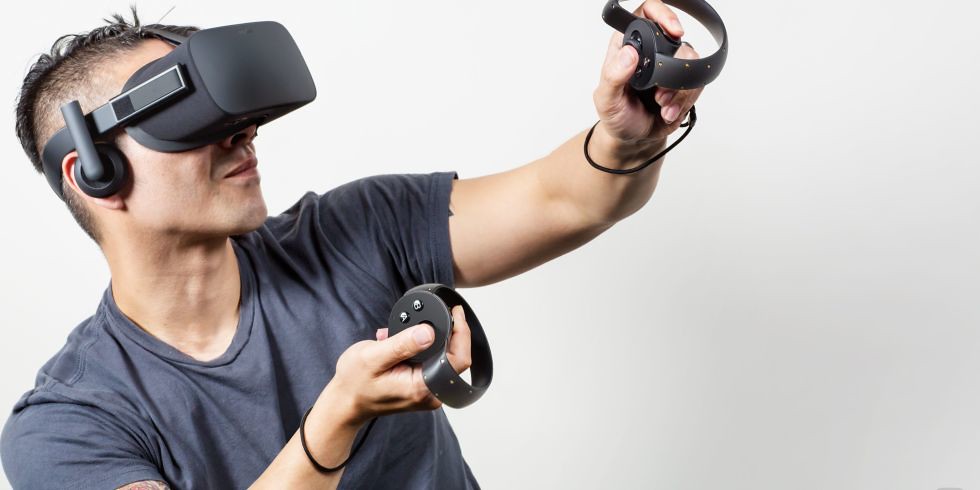 This week we were invited to the Vancouver Enterprise Forum’s VR event, and it was a night filled with entertaining anecdotes on the industry, the market, and where it may be going.

The evening began with a check-in, and mingling. The foyer of the VanCity Theatre on Seymour St being of perfect shape, and ideally soaked in daylight to stimulate conversation, and introductions. The bar helped too, I’m sure.

The topic of discussion? Virtual Reality. Or more accurately; VIRTUAL REALITY IS CHANGING THE WORLD AS WE KNOW IT.

Today Virtual Reality can be found in many different applications from gaming, to healthcare, to architecture, to new ways of training. Whether you are new to the VR world or actively involved, this panel will stimulate interest and conversation. Gain an inside glimpse into world of Virtual Reality. We have lined up a panel who work in different parts of Virtual reality arena to share their insights and knowledge with the audience.

It seems that the tech industry of Canada is bustling with high-powered developers working in the VR space these days. We’ve already attended multiple events providing information, highlights, and demos for a ton of different platforms that put you in another world.

Come six o’clock, the crowd – consisting of around a hundred VC’s, and VR enthusiasts – shuffled into the cozy seats of the main theatre.

To kick-off the speaking session of the night’s schedule was a brief, and well executed “lightning pitch” event, where three two eager entrepreneurs (who showed up) looked to the audience for support. Trying, in just 100 seconds, to gain their favour, and maybe even generous financial contribution. A well deserved shout-out to Kim Hansen (of signl.fm) and Noam Kenig (of Viooa) for putting together great pitches.

After the short pitches, the panel for the night took the stage. Hosted by the acclaimed Mack Flavelle, the creator of Hammer & Tusk, a once newsletter, but now successful VR news/blog platform, making waves in VR journalism. Flavelle then asked his four guests to introduce themselves.

Flavelle got the group going by asking the panel about the non-entertainment aspect of VR. Will VR change the way everyday jobs are done? What is the impact on a … say … accountant?

“I think it’s really easy to say that VR will change entertainment, obviously. But I can go from this experience where everything was there he motions all around him to being stifled in front of my computer,” said Chapman.

“You could have an entire accounting firm, in remote locations, doing business next to each other in VR,” added Hine.

“I think VR will massively change any screen-based occupation,” remarked Williams. Leaning on the extent of information one can surround them in whilst in a VR landscape. While the Monitor (as we know it) can only display information from edge-to-edge, the VR space could consume you with information.

When questioned about the movement of the market, the panel had a lot of different ways of saying the same thing.

“This will move faster than smartphones did,” said Roadhouse President Tarrnie Williams. “It’s going to affect every industry,” he added. “I’ve put people from 6, all the way to 92 years of age in a HTC Vive. No one misses the controllers when I reach out to hand them over.”

The biggest hurdle for most of the industry is form-factor. A lot of the issues are stirred up from the cream of the crop demanding high-end personal computers, lengthy cords. But who knows where manufacturing and development of the products will go in the coming years.

“VR is at the beginning of the Hype Curve,” said Hine. “It will crash, so we have to prepare for that as well.”

“It seems like it’s moving too fast, but it’s not. The time to get into VR is NOW.” Exclaimed Cheng.

Flavelle then asked the group whether or not people will still be talking about VR’s commonly misconstrued competitor, 360 video, in five years time.

“No,” replied Chapman bluntly. “I think it’s the easy thing to do right now.”

The rest of the panel nodded their heads in silent agreement.

The second, a man asked about the patents of technology poisoning the well of developers and received a sturdy “It won’t affect much” retort from everyone on the panel.

All in all, it was a fantastic night. Flavelle and company really opened some eyes on the way these business owners, entrepreneurs, and investors see the future of this technology. While the panel discussion was short, and sweet, it seems the night was meant to provide just as much stimulating elbow-rubbing, as it was information streamed from the mouths of professionals.

The next VEF event is Tech Crunch: Recruitment Success Stories, hosted by Hootsuite, on June 16.