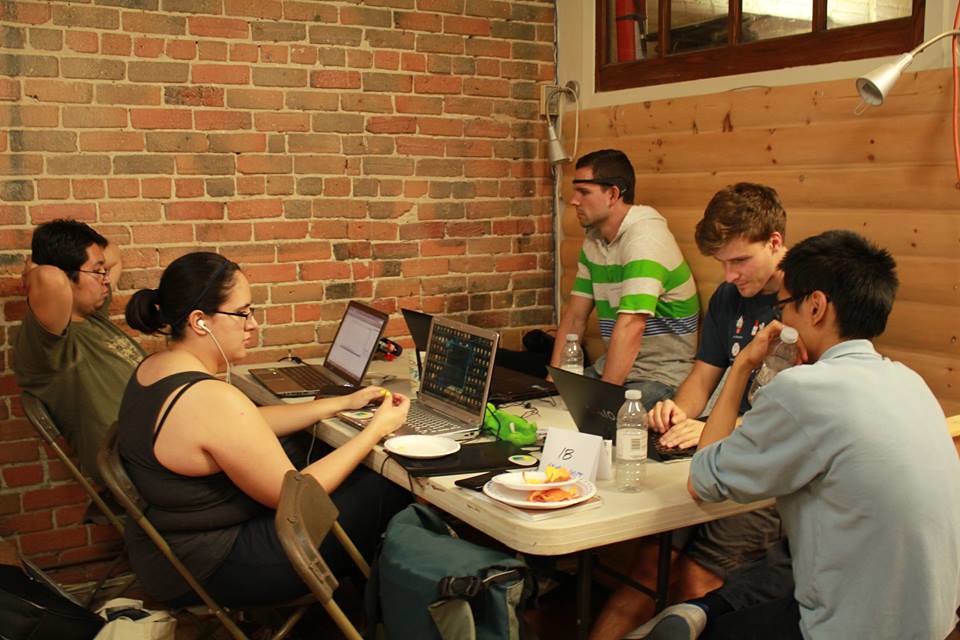 Hackathons are a new way of creating and recognizing innovation.

The term, coined in 1999, has become ubiquitous with each passing day. Technologists collaborate together in an intense, short burst of creation to come up with a new innovation in less than a weekend.

Major technologies have been built in the span of days under this framework. One example is Phonegap, an open-source platform that allowed developers to build mobile applications with web APIs started at an iOS hackathon and continues running to this day after having been acquired by Adobe.

Hackathons are a recognition of a new truth in the digital age: the cost to create has gone down exponentially in terms of time and money. Innovation has become distributed. Small teams of people can indeed come together to change the world around them.

WearHacks, a Montreal-based hackathon taking place in the La Commune, a cooperative co-working space, aimed to spur this innovation with a twist of its own.

A recent wave of hardware startups has taken over the world, one crowdfunding campaign at a time. While hackathons have traditionally focused on creating online web or mobile applications, WearHacks proposed a different canvas for creation: taking physical, wearable technology, and augmenting them with software.

Developer kits from some of the hottest wearable companies were provided. The Estimote beacon system allowed teams to easily tag locations and play around with them in mobile applications.

The CEO of Nod flew all the way from the Valley to come judge projects, and talk about his hardware venture, a ring that could wirelessly control and click, to pixel-point accuracy, buttons on a projector slide. It was, he stressed, a new way of digital input, something that could allow for you to control computing devices without the need for a burdensome mouse. I tried it on. It fit lightly around my finger, unobtrusive, ornamental—and ready to be called on at any time it was needed.

Oculus Rift and Google Glass kits were handed out. Muse, a brain-sensing headband was dispensed. Canadian Thalmic Lab’s Myo made a splash by bringing its armbands along: the Myo connects with your arm and allows you to project your intentions onto electronic screens by moving and flexing your arms. It was a perfect ingredient for a hackathon.

With this source material, great ideas flourished. Teams used the Myo to help create virtual drums that could be tapped and played wirelessly through the motions of their arms.

Games were created where spaceships or mini-robots moved because of your level of mental concentration. Muse would sense your level of brain activity, and adjust things in the physical world accordingly.

Sensors tracked metro stations, store aisles, boxes, and thermometers, turning physical objects into members of a smart network that made it easier to navigate public transit, find exactly where the milk is in a grocery store, find out how many times a box was hit in transit, and keep track of patient temperatures over long periods of time.

Building on other wearables isn’t the only thing that happened, though. New wearables were also built.

A glove was created that using Arduino sensors, was able to transcribe sign language into readable text. It was an extension of speech recognition for the deaf, and something that was made entirely from scratch.

The grand winner was a wearable belt built in the span of a weekend that could tell you directions by giving you vibrations to indicate when you should turn left or right. Dubbed the SenseBelt, it was built as a way to help the visually impaired navigate without having to use any visual input at all, and without having to receive constant auditory directions that could be lost in the wind. I played a part in its building. It was amazing to see the future being built right in front of me.

It’s a hallmark of our distributed digital age that groups of individuals can come together to build the future. The participants at WearHacks took full advantage of that opportunity.