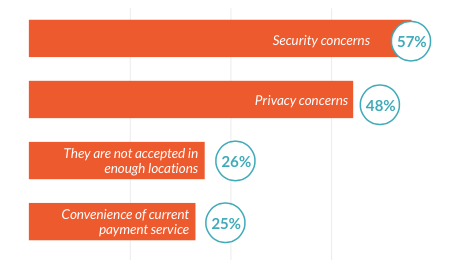 The promise of mobile, digital wallets on our smartphones has been in the works for years. Now the technology is here.

But consumers, for the most part, still aren’t biting.  Only 4 percent of US consumers have tried Apple Pay, for example, according to Walker Sands’ 2015 Future of Retail Study. What gives?

Turns out consumers still harbour a lot of reservations about this idea of an all-digital payments world. 60% of consumers use no mobile payment applications—not even Passbook or a retailer’s app, like Starbucks’. This is because 57% of consumers are worried about security concerns and half fret over privacy concerns. 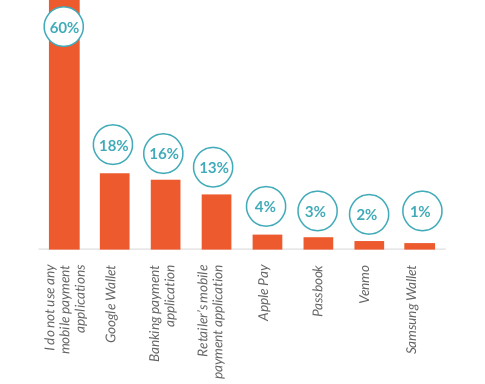 There are other issues, too, like how accepting payments from smartphones still isn’t mainstream: 26% of consumers say such methods aren’t accepted at enough retail locations while 25% aren’t convinced it’s more convenient than other methods of paying. Finally, 23% believe the issue likes on the retailer end, with stores simply not being prepared for this technology.

“The transition to mobile payments might not be smooth,” the Walker Sands report reads. “Apple and other leaders in the mobile payment space will need to overcome several consumer concerns before smartphone payments compete with the convenience of credit cards.”