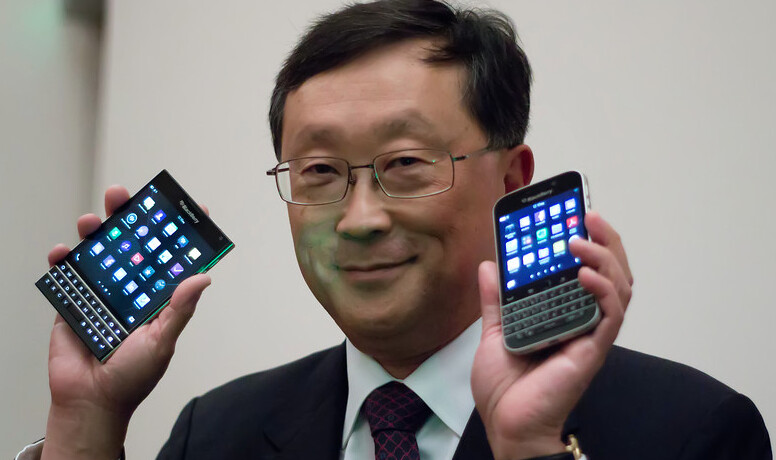 There was a lot of buzz surrounding Samsung’s alleged recent attempt to acquire BlackBerry, even though it was highly unlikely to actually happen for several reasons.

Lenovo has also expressed interest in BlackBerry, and while interest has ever been noted publicly, there’s no doubt that companies like Apple, Google, and Microsoft wouldn’t benefit massively from owning the Canadian smartphone maker.

But those companies wouldn’t necessarily be after BlackBerry’s product lineup or marketshare. Rather, they’d all drool over the company’s treasure trove of patents.

BlackBerry’s war chest of intellectual property spans key areas for mobile companies, including security and wireless technology patents. The company’s portfolio, which is several thousand patents strong, has an estimated market value of up to $3 billion, which is roughly half of BlackBerry’s entire worth excluding its cash reserves.

While patents are no doubt the most desireable component of BlackBerry for a potential acquirer, its hardware, infrastructure, and operating system would be nice bonuses, as well as its 80 million active BBM users, especially considering the recent boost in the popularity of instant messaging apps and texting alternatives.

BlackBerry isn’t expensive—Samsung’s offer was reportedly $7.5 billion, a small fraction of the company’s former $80-billion valuation in 2008—but the Canadian government has suggested it’s apt to shut down attempts from foreign firms to buy the company whole. Plus, CEO John Chen has stated clearly he isn’t interested in selling.

So no matter how shiny BlackBerry’s teasure may be, it’s probably not going anywhere anytime soon.