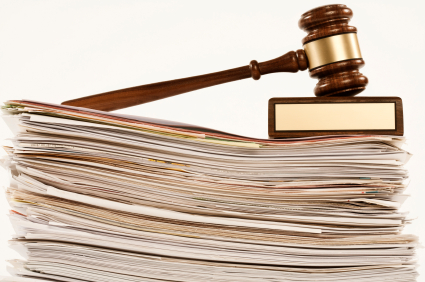 Many date the history of legal technology back 41 years to 1973, when Lexis invented a system to allow attorneys to search case law via computers and their system instead of through books.

Within five years, many wealthy law firms began to purchase computer terminals that allowed their attorneys to search through these legal databases and save time in their practice. This allowed lawyers to work faster, take more cases, and be more productive, as the legal profession has long wanted lawyers to be.

From this research starting point, what has been seen as innovative legal technology has been focused around one central thing: legal documents and how to manage them. We will continue to see innovations in the document space and, from where we sit, this is perfectly fine. The past 40 years of legaltech have yet to solve some serious pain points in document management. There is definitely continuing work to be done here.

Let’s look at this in the abstract for a moment, through a technology lens: How can technology better facilitate the transactional relationship between the legal practitioner and consumer? This, to us, seems like an absolutely critical area of focus moving forward.

But it’s a difficult one and it’s in that amorphous space legal tech plays the least well. In an area such as document management, the technology is the beginning and end point. Add tech to an equation that isn’t working and then it will work better (this is, of course, assuming that the tech is good and the problem is fix-able).

Technology, generally, has a very poor track record of actually improving relationships. Yes, technologies such as Twitter, Facebook, and the like, create new kinds of relationships, but it has long been argued that they detract from how we historically interacted, creating new friction points in areas such as, say, the ability to sit down with a fellow human and actually carry on a conversation.

So, in the legaltech context, a massive challenge faced by technologies entering the transactional relationship space is what I’ll (in paying homage to the big brains of TV’s Big Bang Theory) call the Sheldon Paradox: how can we improve communication between the parties to a transaction in a real sense, where the end goal is not technology that works well but rather technology that actually improves the transaction by making it more human, perceptive, sensitive, empathetic?

Whoa. These are not terms used to describe legal technologies, nor are they generally used to describe the legal process. But we argue that they need to be, not because of a hey-let’s-save-the-world agenda, but rather because of a process flaw—a transactional relationship that needed to be fundamentally human and humane is now, often, no longer so.

Let’s look at just one potential example—one that practicing lawyers really don’t like to consider. We’re going to make a massive generalization here, yet one that is the product of years of combined experience and observations in and around the practice of law: many legal para-professionals have better interpersonal skills than practicing lawyers.

Honestly, no offense intended. The same argument could hold wight in the medical profession and many others. But that doesn’t obviate the reality that, from the perspective of the legal consumer (the client), it is often a less frictive experience to deal with a paralegal or legal assistant than a lawyer.

You can imagine how the bases of power in the legal profession have reacted to this prospect. The response is usually couched in terms of competencies, but this is more often than not a series of fictions. There are plenty of things that lawyers currently do exclusively, that would not be a professional or intellectual stretch for a paralegal to do.

It seems to us that more of these technologies should and will attempt to enter the market, to help re-imagine and redefine the transaction between attorney and client. A legal process that is more focused on the human elements of the transaction is one that is more welcoming and, in the long run, would be more likely to be used by clients not simply when they need a solution that is a painkiller, but also when they might need an immediate vitamin which might preclude the later need for a painkiller.

The challenge here never has been the technology itself but rather the orientation of the parties and that’s something that needs to be fixed before technology can provide the easier elements of the solution.