The new iPhone doesn’t have a headphone jack. Unless you own one, that’s probably one of the few things you know about it. Even in a sea of improvements, the missing headphone jack has dominated headlines and consumer reactions.

While the headphone jack is a minor change that comes with a major adjustment, it’s a part of slow process of wires disappearing from the world around us. It can be difficult to remember the time when logging on to the internet without a cable seemed just as bizarre as expecting water where there are no pipes.

For the immediate future, the next wave of transformative wireless technology is clear: wireless charging. For people with electric toothbrushes, wireless charging may already seem old hat, but phones, tablets, and laptops need substantially more power than toothbrushes, and face a slew of physical and engineering challenges.   The technology already exists and is available to consumers, but it’s still in it’s infancy. Like other technologies in early stages, manufactures and consumers haven’t agreed on a standard method for wireless charging, but different bodies are competing to set that standard.

The two main competitors in North America are the Wireless Power Consortium and AirFuel Alliance, the latter of which came after a merger of Alliance for Wireless Power and Power Matters Alliance. The Wireless power Consortium is betting on Qi (pronounced “chee”), a standard that works by using single or multiple coils to create a magnetic field of power that can charge a device.   On the other hand, AirFuel is casting a wider net by offering several systems. In principle, the systems are all similar to Qi, but AirFuel says the differences allow for a wider use of applications.

These two competing organizations will shape the future of wireless technology, but wireless charging, at least in the early stages, will be dominated by people who want to charge their smartphones. Both organizations have an impressive list of companies that support their technology, but they live in in the looming shadow of one question: What will Apple do? 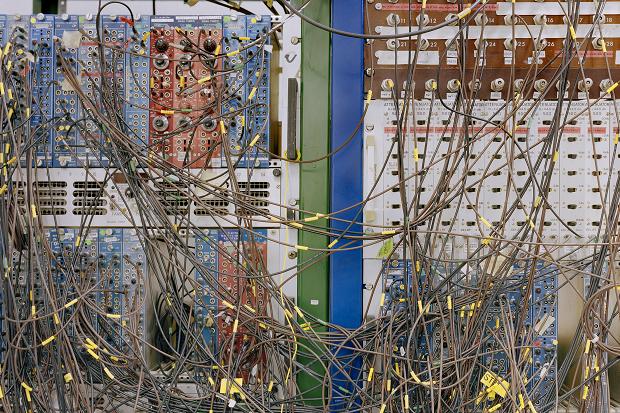 Because of Apple’s tendency to make their own proprietary technology, both AirFuel and the WPC are hoping for a compromise, where Apple users have some technology in their device no one else has, that may make it charge faster and increase efficiency, but it can still work on a standardized charger. Whatever Apple chooses to do, both organizations are hopeful that wireless charging will be so widespread that the time for an ‘Apple only’ option will have passed. “The world won’t wait for Apple,” says Ron Resnick, president of AirFuel Alliance. Apple, characteristically playing their hand close to their chest, declined to comment for this story.

The theoretical applications for far-field wireless charging are endless. It could end up with electric cars receiving power through the air from transmitters placed on roadways as they drive, but we’re a long way from even being able to charge a phone from any distance beyond 4.5 centimeters.

“It’s sexy, but it’s not going to happen too soon. There’s nothing commercially available, and there won’t be for quite some time,” says John Perzow, Vice President of Market Development at the Wireless Power Consortium. Resnick is more sanguine, but still recognizes that having a working model is a long way off, and a safe model is that can be approved by the Federal Communication Commission is further off still. “It’s exciting, and a lot of companies are working to make it happen,” says Resnick.

Part of the challenge is the nature of waves. As waves move over a distance, they lose energy and that translate into lost power. Even near field charging is only 60-70 per cent efficient, while plugging in a device is about 70-80 percent efficient. In many cases, efficiency issues can often be overcome by putting more energy into in the system, far field wireless charging doesn’t have that luxury.

“The frequency is different from your microwave, but those waves with enough energy could have a similar effect and be unsafe for humans,” says Perzow. With enough energy behind them, waves used for far field charging could effectively cook people.

This race between charging standards and the WPC and AirFuel will continue until either Qi or a system from AirFuel completely takes over. Market dominance will make many people very rich, and many more feeling like they’ve missed the boat. But charging companies aren’t the only ones looking to make money with new and interesting ways to use wireless tech.

The Internet of Things is a creeping eventuality, and as more and more things become connected, we’re going to start seeing stranger and stranger uses and applications for wireless technology. Like internet-connected hearing aids from Oticon that came out earlier this year. The two hearing aids connect wirelessly to each other through the internet to acutely control how a user hears. 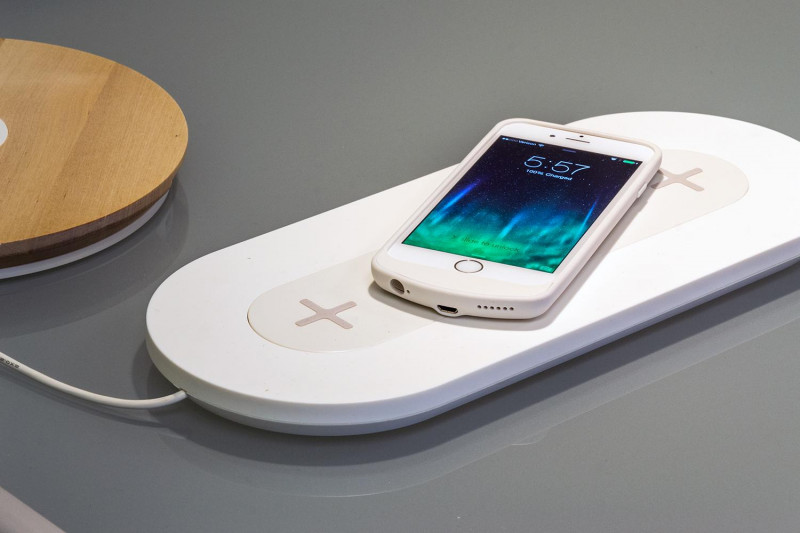 Other innovations to wireless technology have not been realized, but are tremendously ambitious. Kepler Communications, for example, is attempting to build an array of small satellites that could allow for sending information from remote places much faster and easier (believe it or not, even in the age of internet connected hearing aids, often the fastest way to send data from a remote location is to put it on a drive and send it in the mail), but that’s not the biggest impact Kepler could have immediately. “The biggest application we see currently is satellite operators who want to do aircraft tracking,” says Jeff Osborne, CEO of Kepler Communications.

Osborne says an array of small satellites coupled with a communication device on airplanes would allow planes to safely fly closer together, allowing for more direct flights that could cut down on fuel costs as much as 400 dollars a flight. If Kepler’s small satellite array existed in 2014, and every airline signed on to track their planes, it would equal a collective savings of 40 million dollars. Every day.

An array of small satellites orbiting the earth, far-field charging, and even efficient near-field charging are all still years into the future. One of the most interesting uses of wireless technology comes from people who are figuring out entirely new ways to wirelessly interact with an object or device.

Peter Iannucci, a researcher at MIT, built a system in 2013 that wirelessly transfers data, not through wifi or radio waves, but sound waves. The sound could be completely inaudible to humans, but it can send analog signals that a receiver that rounds that analog signal into a defined value. Iannucci first did this by turning a speaker into a transmitter and a microphone into a receiver, “That took some doing,” says Iannucci.

After the initial work, some problems with transferring data over sound became apparent immediately. “The amount of data that can be sent over sound isn’t that great,” says Iannucci, so he focused on cases where a little data can have a big impact.

One possible application for this kind of technology could be simple information sharing but in a secure and faster way. For example, if you give a presentation and everyone in the room wants a copy of the slides, you would have to put every person’s email address and attach the file. But with Iannucci’s technology, it would be possible for an audio signal to go out to anyone within the room, and come with permission to access the slides. Anyone, or any electronic devices out of earshot wouldn’t get the signal, and even if they did, they would not have permission to access it.

The permission mechanism, in theory, would work by creating a password that devices would use just once. After the password is used, the it would reset. Even if there was another device in the room, as long as the signal hit your computer first, the fraction of a second it takes the sound wave to reach another device would render the password useless.

Iannucci developed that project in 2013, has continued to work in wireless technologies with an eye to the future. More recently, he has been working to figure out a way to use crowdsourcing to map the world in a detailed way. Things like stop signs, landmarks and street lights are data points that can only be collected by laborious human effort, or by Google Streetview, or something like it.

“These are things a driverless car would need to know,” says Iannucci.

Currently, the biggest obstacle to being able to collect all this data quickly is inaccurate GPS. GPS is accurate to about five meters. If that could come down to less than one meter, we could gain a much deeper understanding of how people interact with roadways and physical locations.

“Submeter accuracy would let you know what lane a car is in. From that we could learn a lot about road conditions, turn offs, lights, and things like that,” says Iannucci. Even though GPS is not accurate enough to do anything like this quite yet, some of that data could be collected by smartphone users. No one has refined a way for people to passively or actively do this, but Iannucci and his colleagues continue to work on the puzzle.

Constantly working with the possibilities of wireless tech has given Iannucci a view of wireless tech that not many people can fully share. However, despite being grounded in the real world of engineering and problem-solving around wireless tech he’s still very excited about things that may come soon.

“If wireless charging ever really arrives, that could be huge,” he said.