Vendors shipped a total of 363 million smartphones worldwide in the third quarter of 2016, according to the International Data Corporation’s Worldwide Quarterly Mobile Phone Tracker. That’s up 1% compared to the year ago quarter.

Samsung’s global smartphone marketshare shrunk from 23% to 20%. Shipments declined 13%, primarily due to the Note 7 debacle, which involved a recall and then outright cancellation of a flagship device. Even so, the company retains its lead in marketshare. 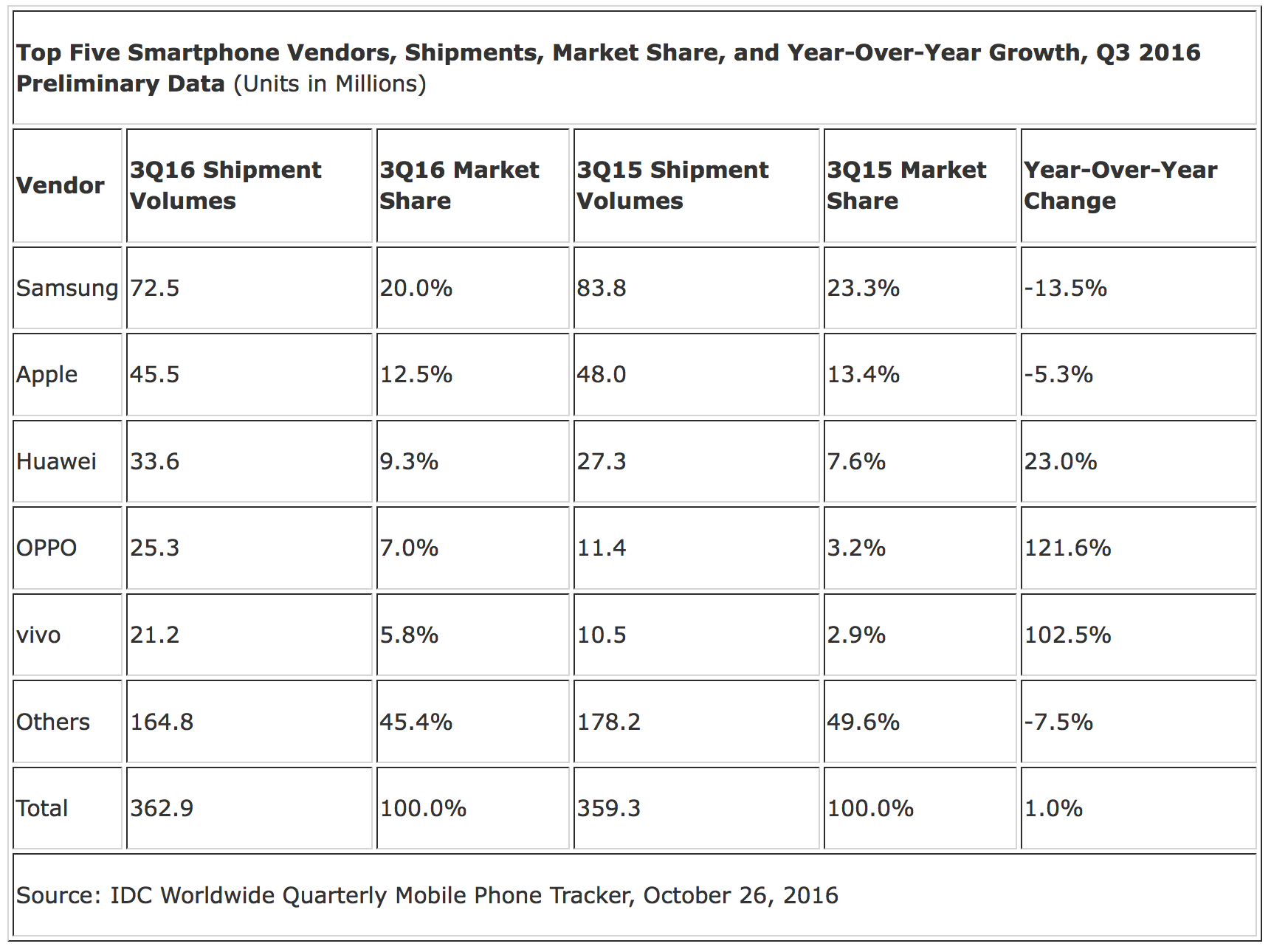 “Samsung’s market dominance in the third quarter was unchallenged in the short term even with this high-profile Galaxy Note 7 recall, but the longer term impact on the Samsung brand remains to be seen,” said Melissa Chau, associate research director, Mobile Devices.

“With Samsung’s Note 7 finally laid to rest, both Samsung and other vendors will need to invest both time and money into properly testing devices to avoid a future incident of this proportion,” said Anthony Scarsella, research manager, Mobile Phones. “The recall of the Note 7 represents an industry-wide wake-up call that will undoubtedly lead to a more vigorous testing and certification process moving forward.”

Apple sold 45 million iPhones during the quarter, 5% less than last year, resulting in a marketshare of 12%, down from 13%. The company posted quarterly revenue of $46.9 billion and quarterly net income of $9 billion.