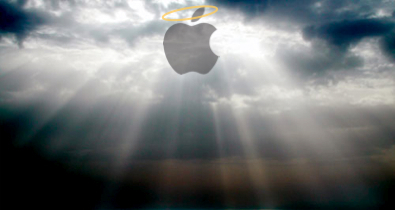 Is visiting the Apple store, not church, your Sunday morning tradition?

BBC documentary Secrets of the Superbrands delved into the mind of World of Apple editor Alex Brooks, a self-professed addict of all things Apple.

Using an MRI scanner, a team of neuroscientists discovered that images of Apple products stimulated Alex’s brain in precisely the same manner as does religious imagery to the faithfully devoted.

This striking similarity between that of God and a brand is a testament to Apple’s ability to harness the power of marketing, lifestyle trendiness, and revered products to create a cult of not mere fanboys – but a cult of devotees who are, quite literally, religiously dedicated to the brand.

Of course, Alex is a fairly extreme exception, and considerably more MRI scanning and other methods of research must be done to end up somewhere concretely conclusive. Still, it’s difficult to play down the lineups at Apple stores that snake through city cores when iPhones and iPads launch.

Perhaps Steve Jobs asks himself when plotting his next move, “What would Jesus do?”