Inside of a decade, Indochino has evolved from two college kids selling suits online into an international omnichannel retailer and bespoke menswear brand.

Kyle Vucko and Heikal Gani were still University of Victoria students when they dreamed up an affordable, online solution for a custom suit to beat tailored off-the-rack options for quality, price and fit.

The duo saw that vision come to life in 2007 with Indochino as the pair left school to run the business full-time. Gani set up Indochino’s operations in Shanghai, China—where the company still manufactures their suits—while Vucko was at the helm as CEO.

Eventually, the founders moved on to different endeavors in 2015 with Shop.ca founder Drew Green taking over Indochino’s chief executive role. As a retail and internet veteran, Green leaned into an aggressive five-year growth strategy for the once online-only made-to-measure suit purveyor. 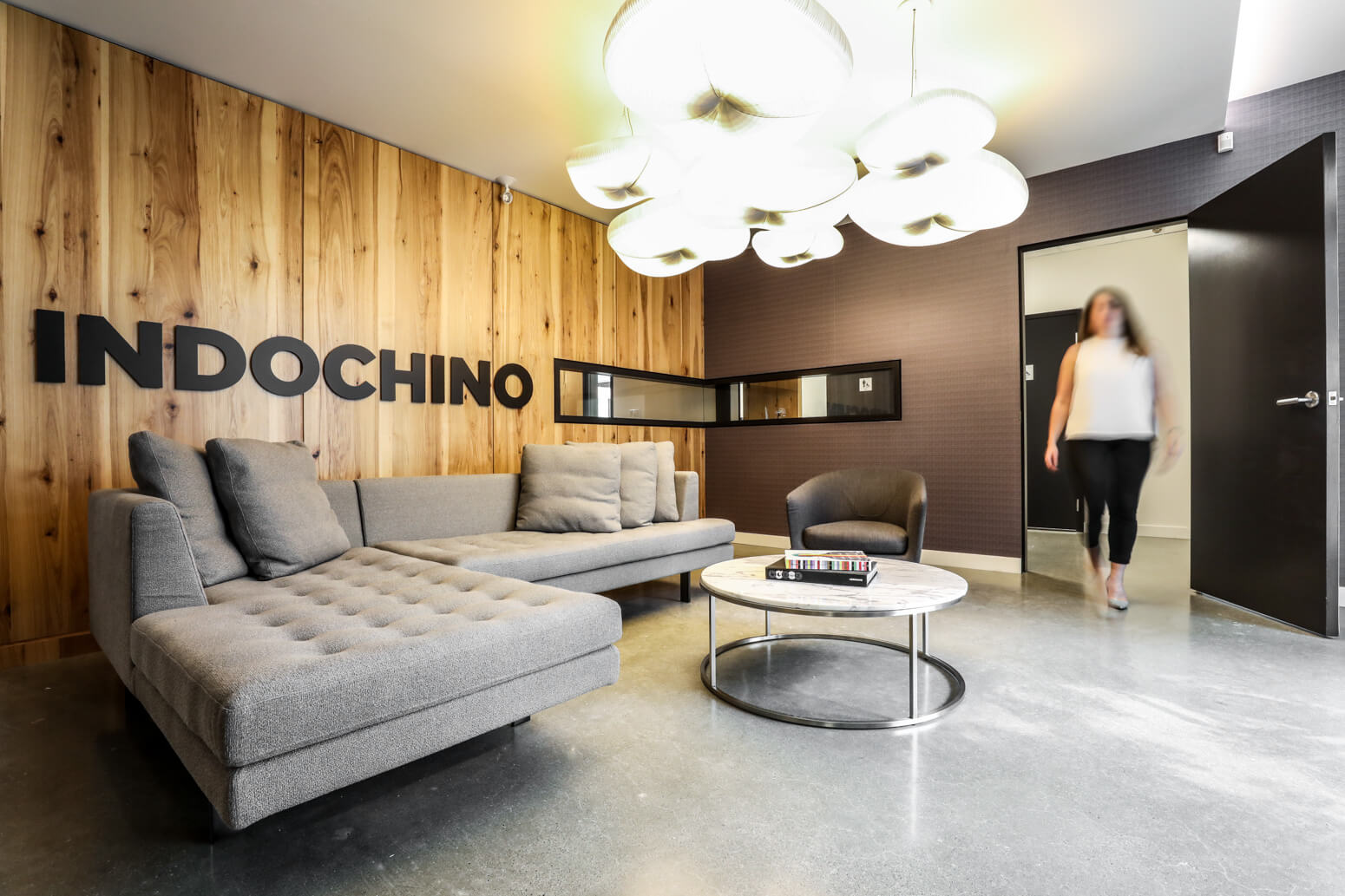 That plan saw pop-up shops evolve into permanent showrooms: eight in Canada and ten in the United States, with store number 19 opening shortly. The brick-and-mortar locations cemented the menswear company as an omnichannel retailer.

The online shopping experience that guided new users through taking their own measurements and customizing their suit—fabric, pockets, lining and more—has been mimicked in stores. Whether visiting Indochino’s website or a showroom, the company said it can deliver a one-of-a-kind tailored suit in under four weeks—and for under $500.

Last year, Indochino posted their five-year revenue growth of nearly 1,200 per cent. The company’s goal is to deliver one million made-to-measure suits per year by 2020, becoming the next billion-dollar digital-driven business.

To match its rapid North American expansion, Indochino doubled its HQ space, moving into a new downtown Vancouver with room for its growing 80-person team. 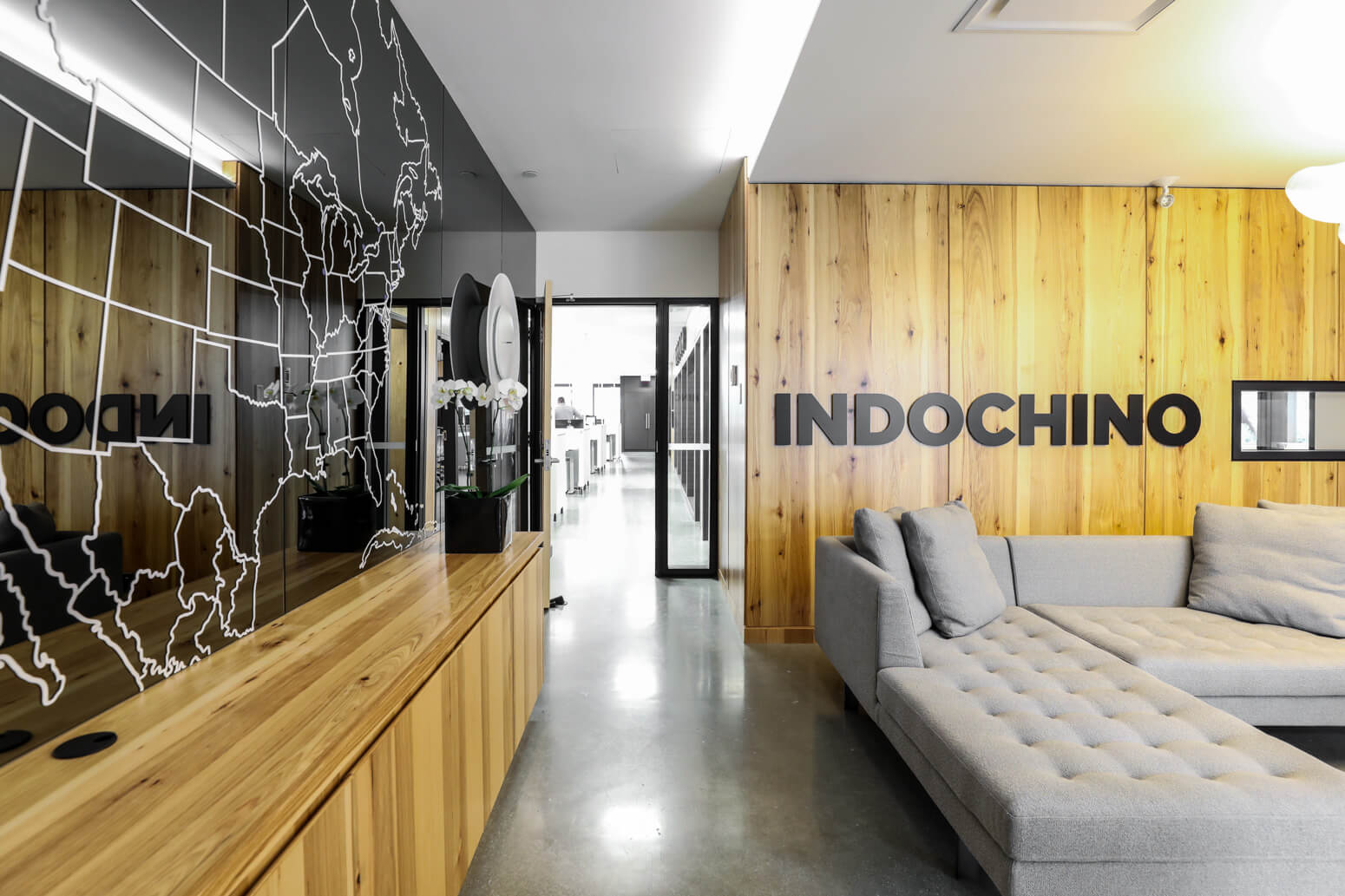 Designated meeting rooms are scattered on both floors and private cubbies are a haven for calls and one-on-ones. Indochino’s HQ houses its growing customer service team at the HQ–an unusual feature of direct-to-consumer retailers. A convenient connection to the technology and product teams. 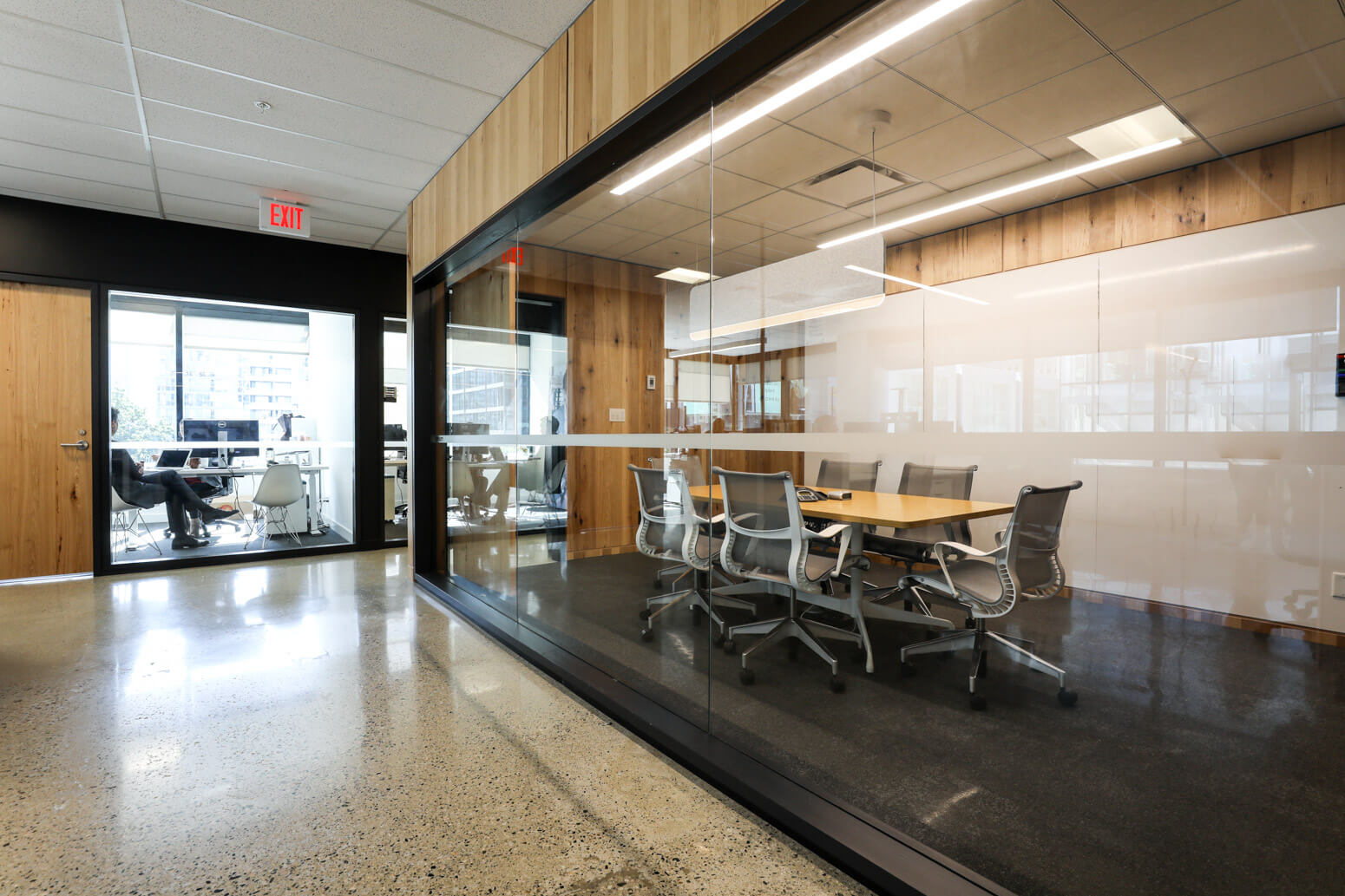 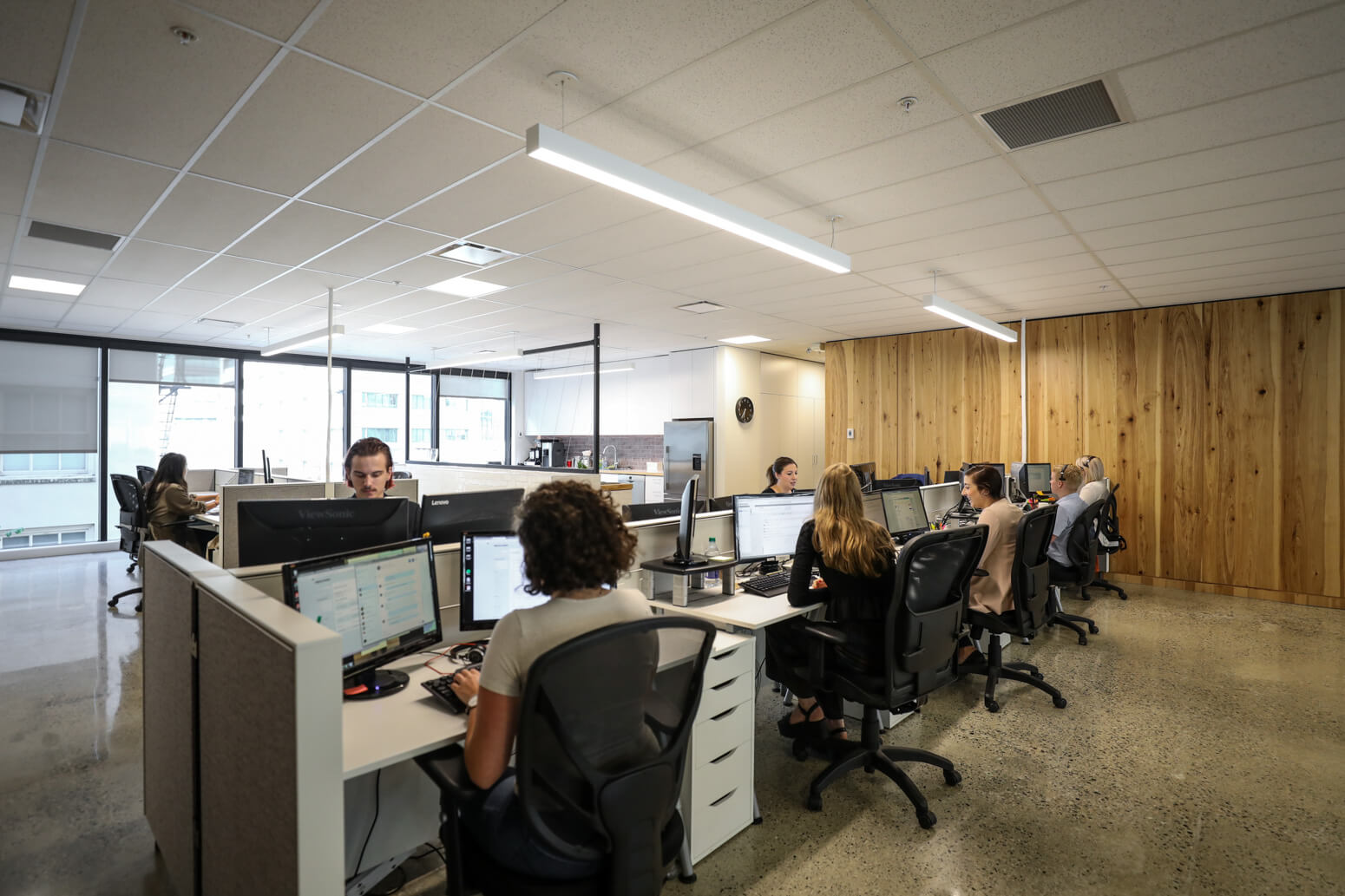 An expansive common space includes one of two kitchens, mixed seating and a corner where the product teams meet to discuss new product lines. Fabric swatches, suit customizations samples and more are pinned along the wall stretching the communal zone, doubling as a stand-up workspace. 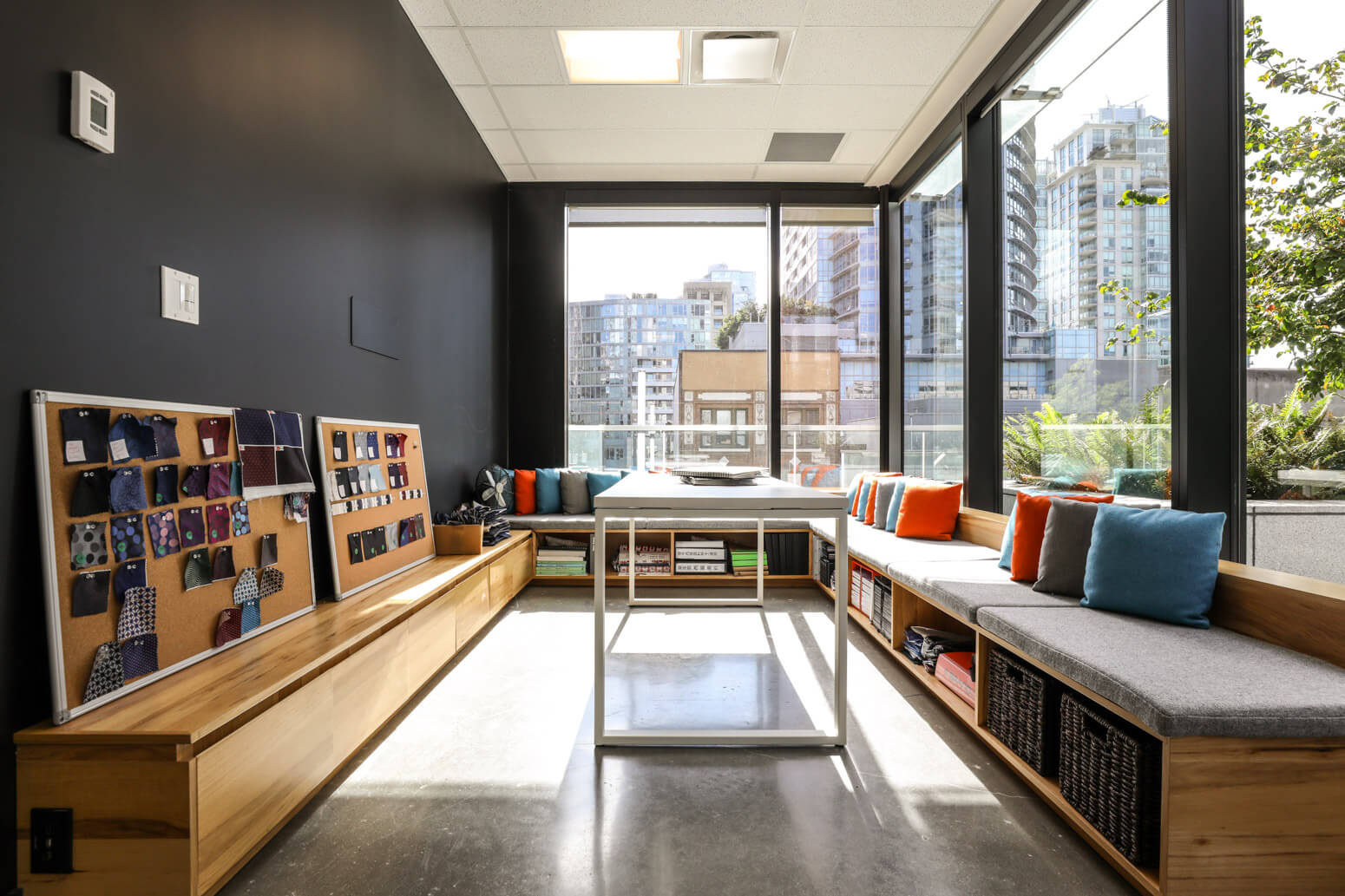 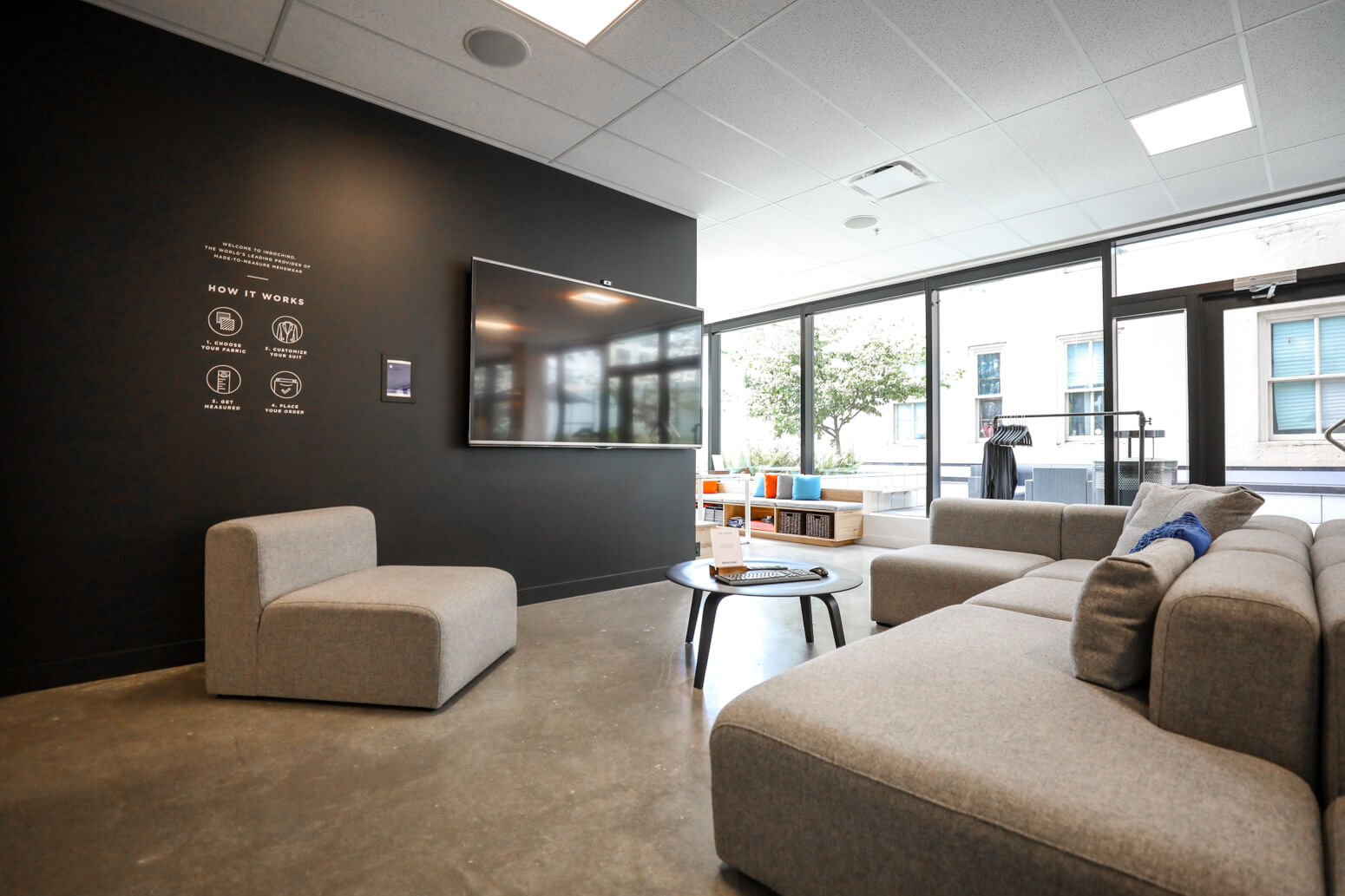 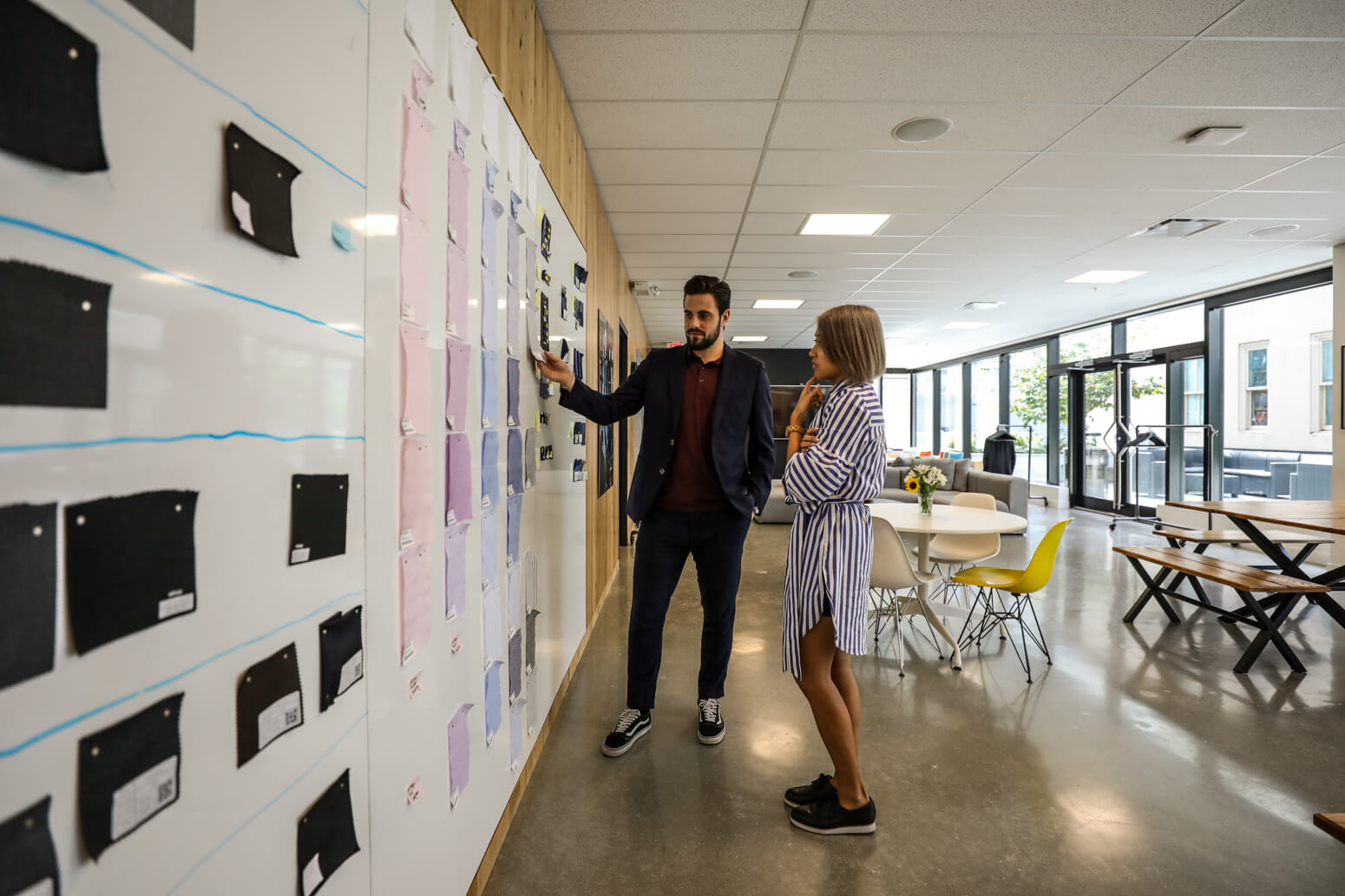 The kitchen spills out onto a sun-filled 4,000-square-foot terrace. On the sprawling wraparound patio employees can take a break or enjoy an after work drink.

The company is transparent about its manufacturing practices too. Each suit is created in a high-tech, dedicated factory in Dalian, China where the only other Indochino office is located, with similarly designed space. The Dalian space embodies the look and feel of the Vancouver office–just one way Indochino unifies company culture across the two countries. 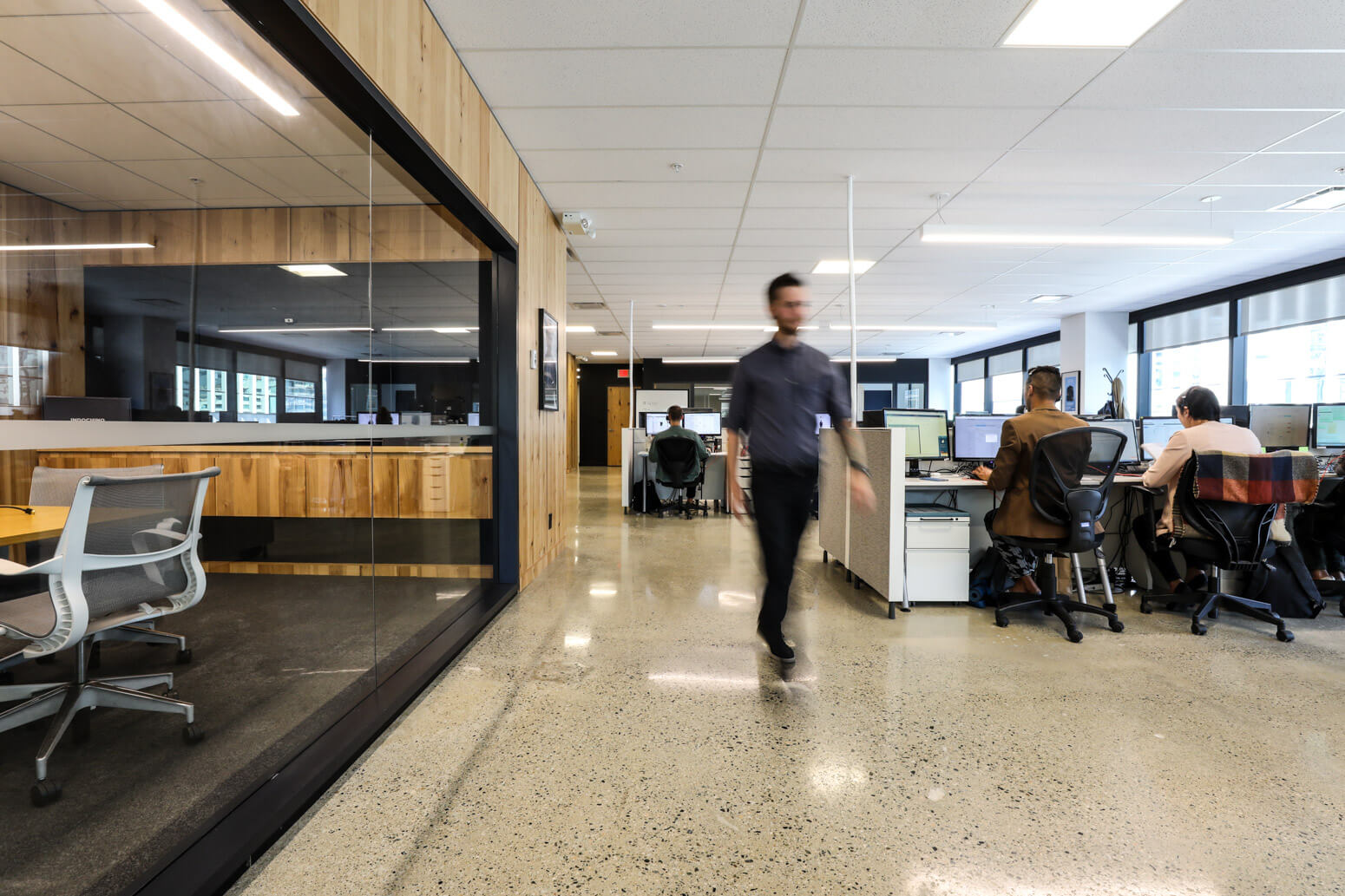 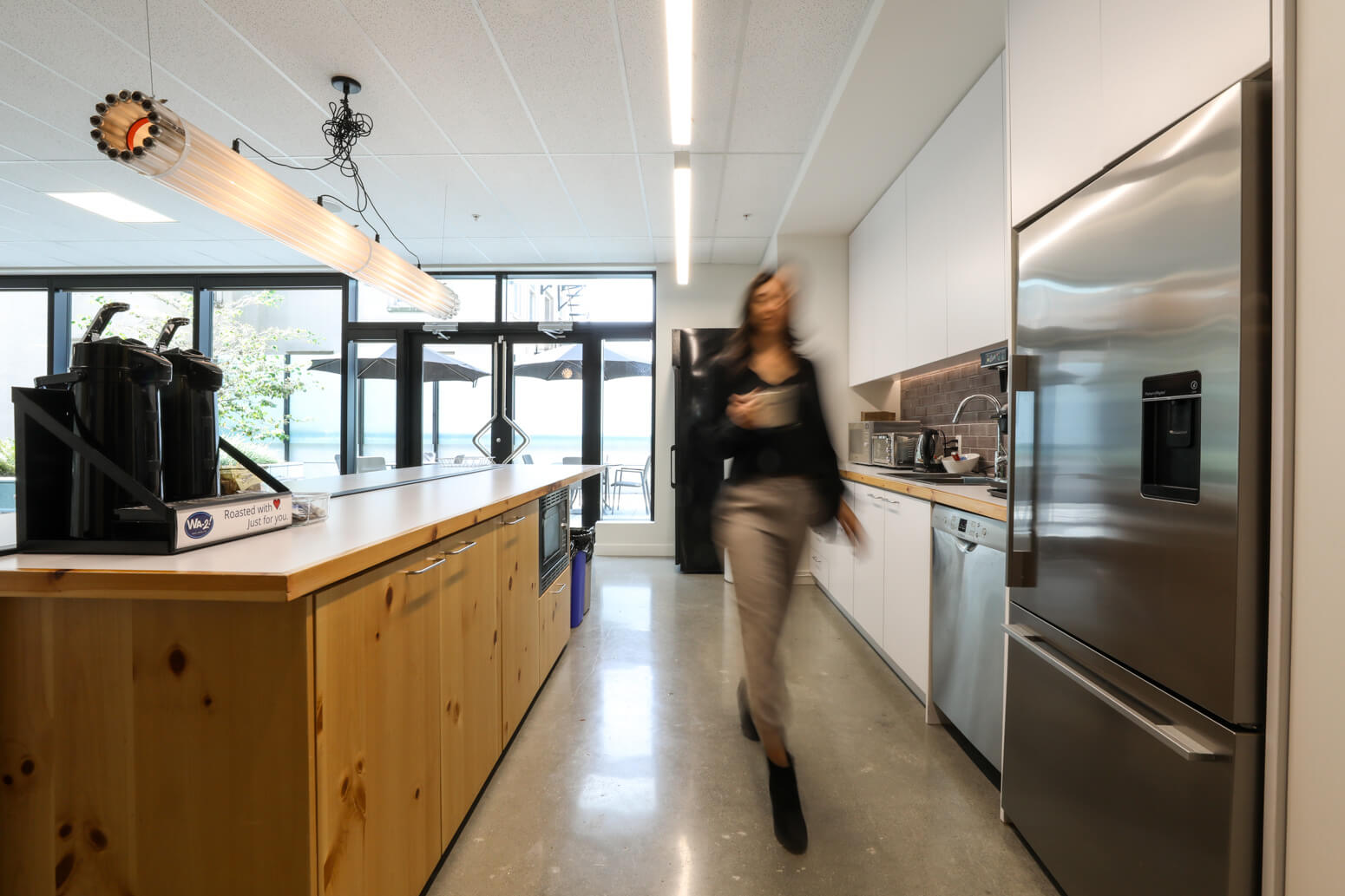 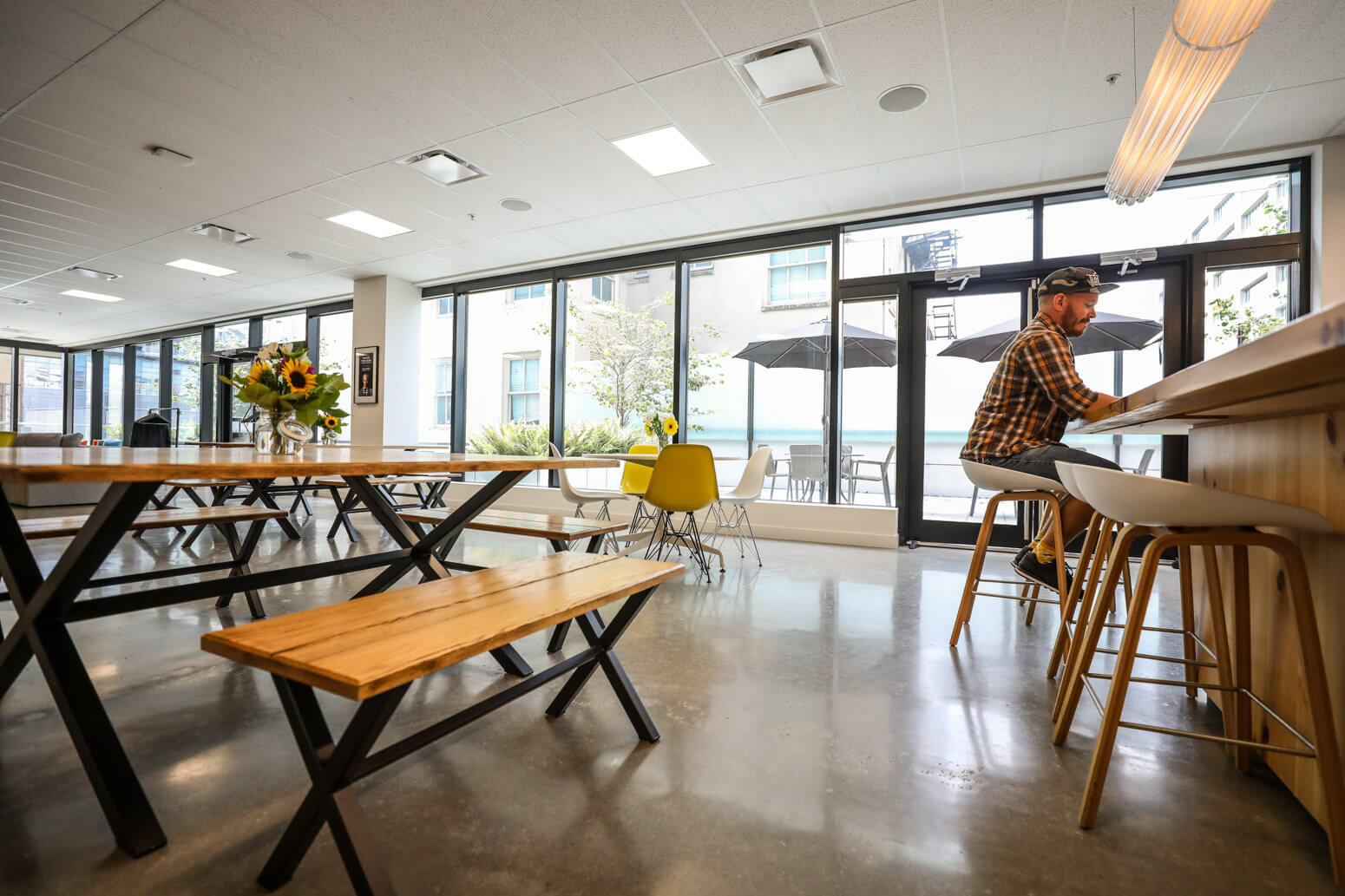 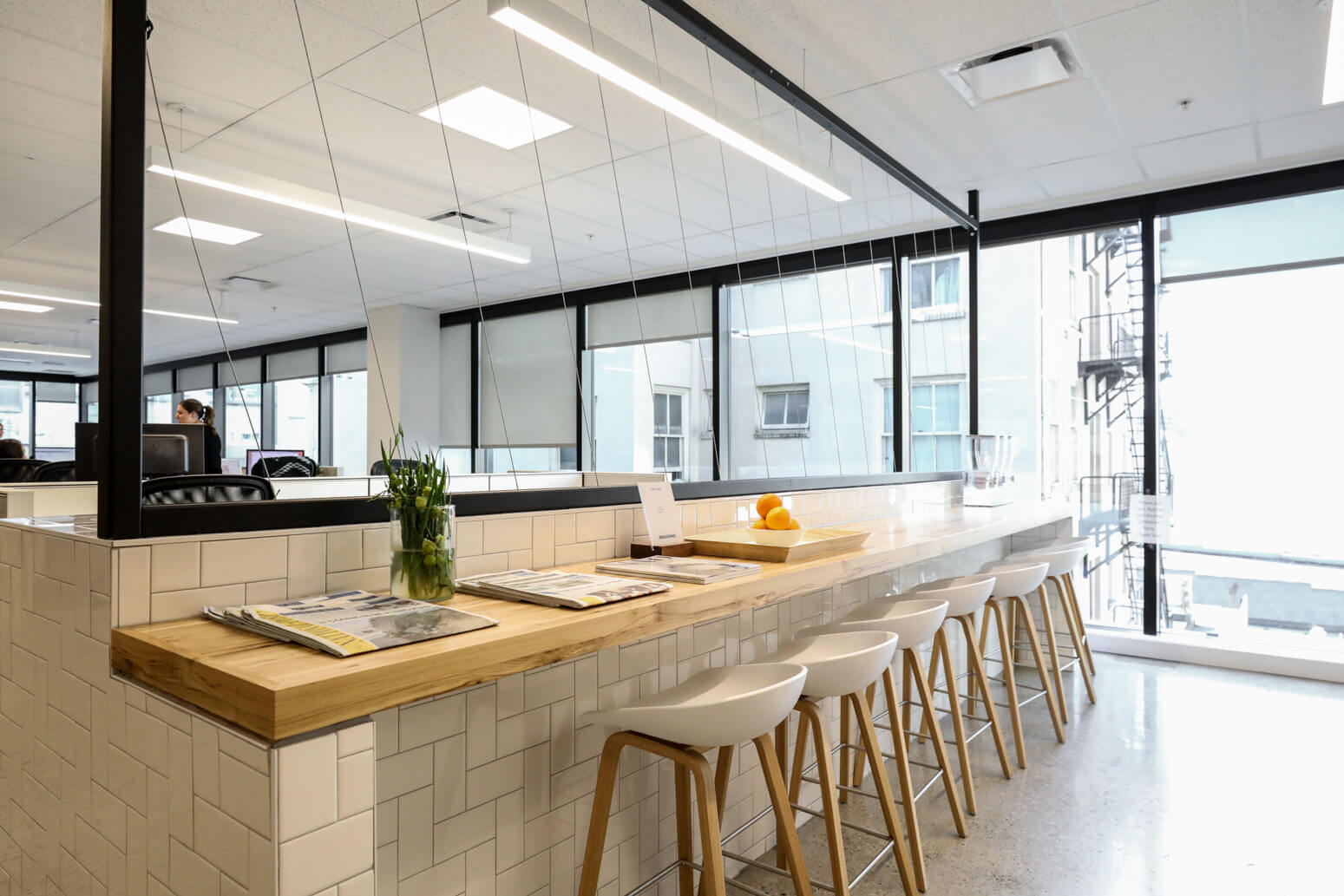 Indochino offers catered meals during company celebrations and its popular lunch-and-learn sessions. With the office perched above Granville and Robson, the neighbourhood offers some of the best cafes and lunch spots in the country just steps away.

Indochino features its company’s mission along the walls, a reminder of the core values that define Indochino as a brand. Customer-inspired, innovative, accountable, product proud and data-driven are earmarks of the e-commerce company that serves millions of buyers around the world.

Hosted by the CEO, the company’s weekly Town Hall is dubbed “Game Ball,” a meeting that extends beyond company updates by recognizing a stand-out team member. The week’s all-star is presented with a basketball that they’ll pass along to another teammate the week after. The idea has spurred a global program that’s also run in Indochino’s showrooms and China office.

While the HQ is close to transit, bike storage and showers cater to employees interested in an active commute. 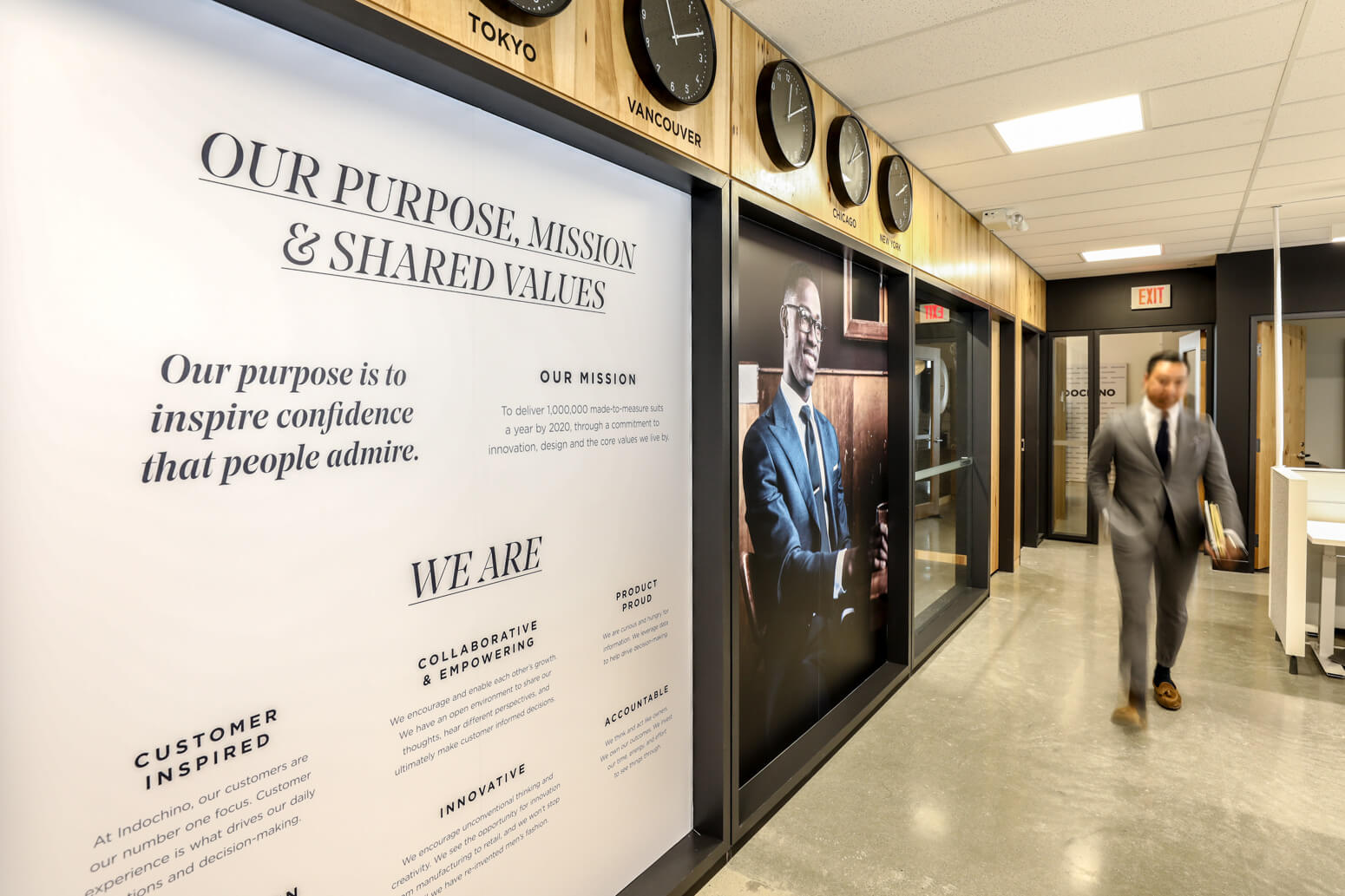 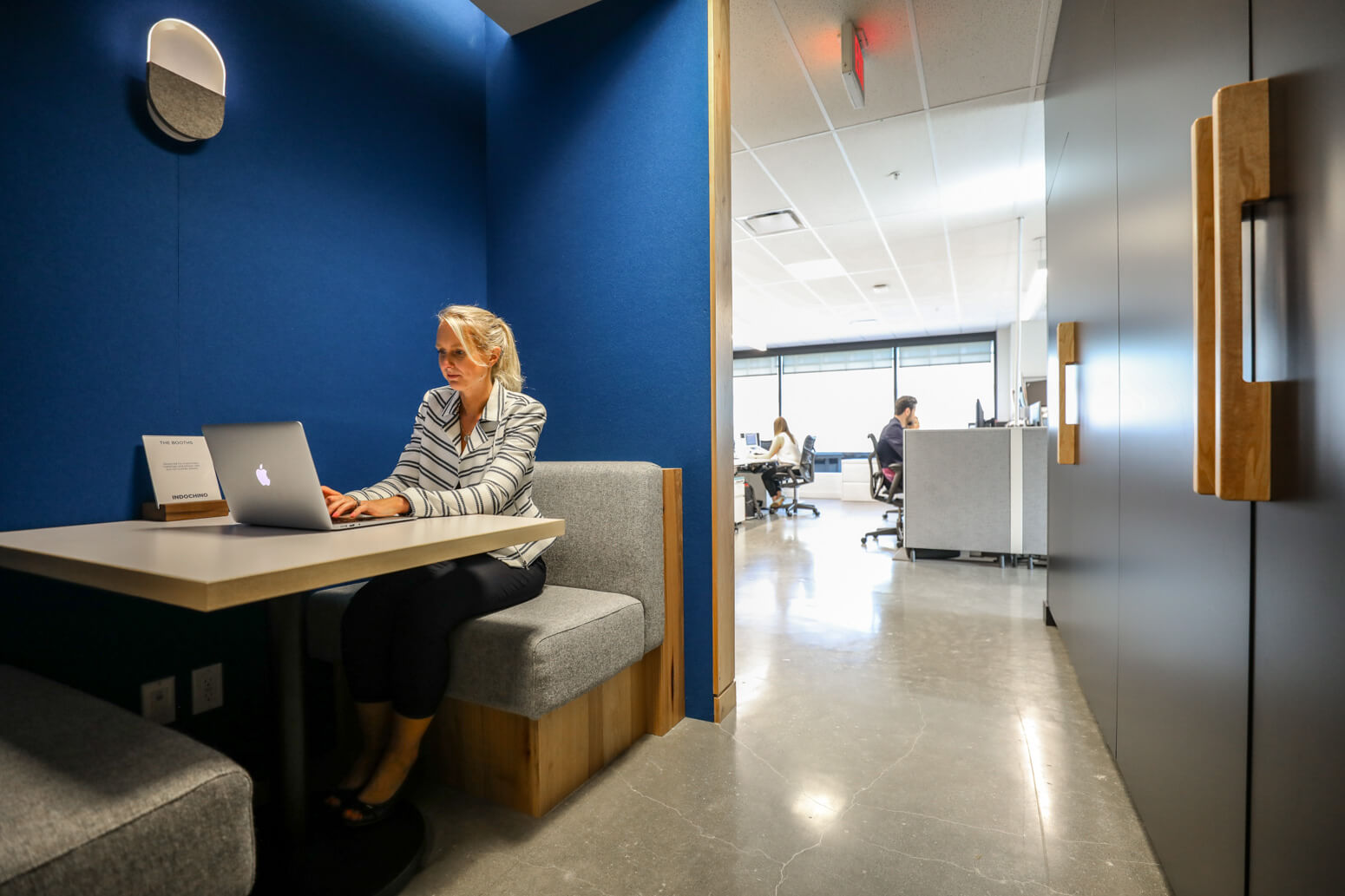 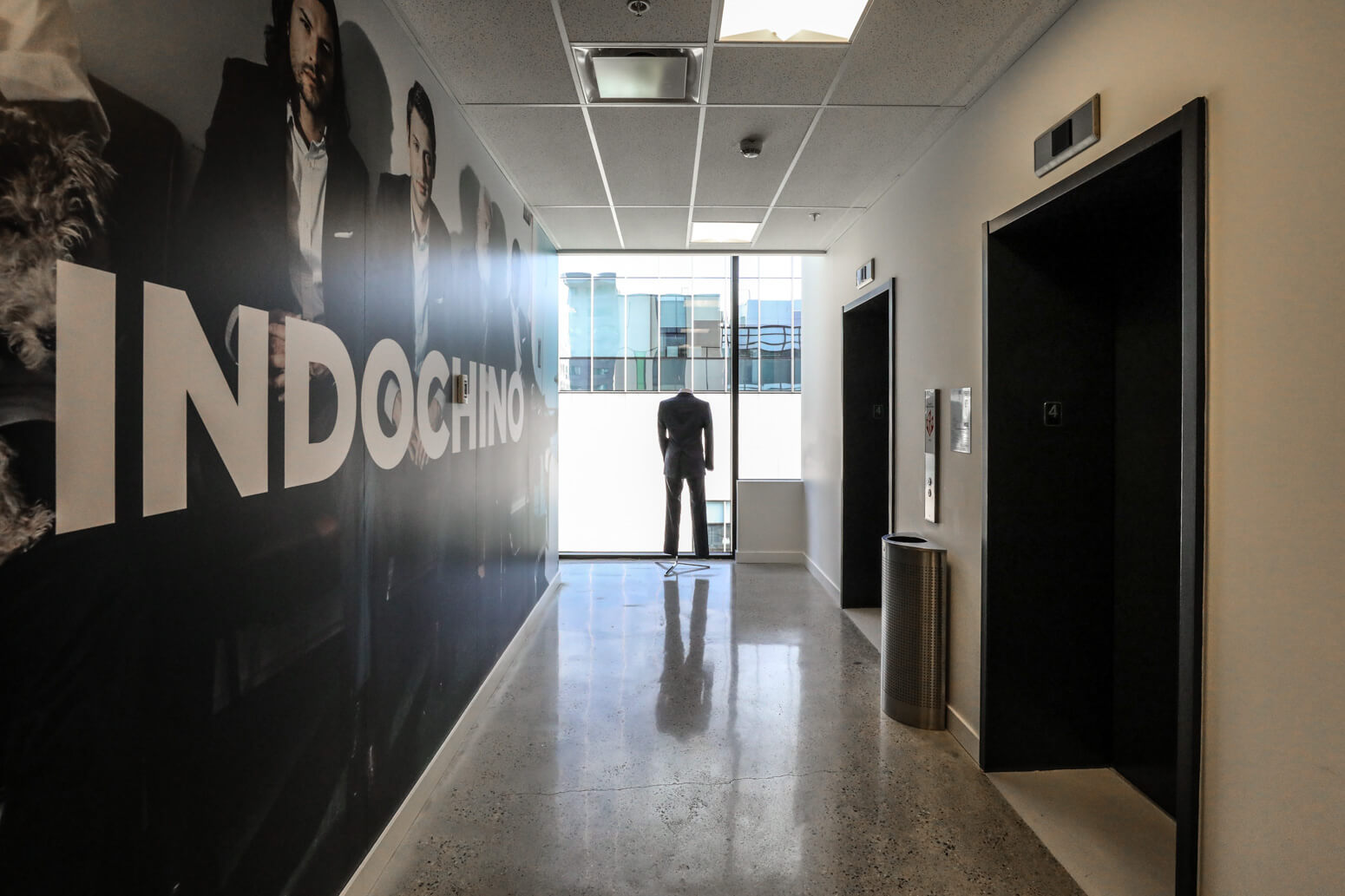 Indochino throws monthly social events, like its summer boat cruise, the Thanksgiving breakfast hosted by the senior leadership team, and the company’s annual holiday bash. Birthday celebrations at the office and after work team building activities are encouraged too.

With Steve Nash as one of Indochino’s early investors and the CEO’s varsity playing past, it may not be surprising to hear the company also has its very own basketball team. 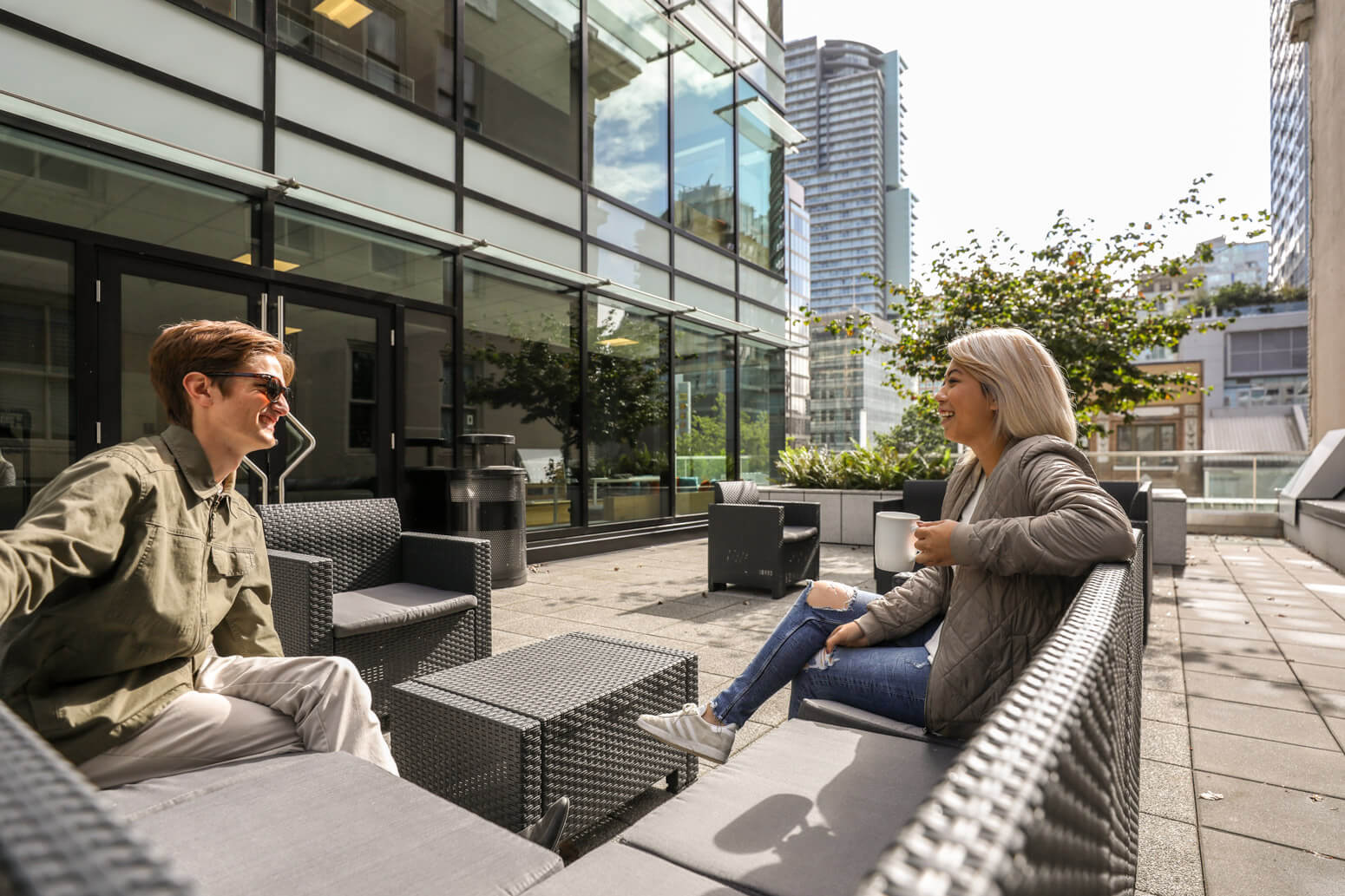