This announcement comes following Unbounce’s recent addition of a new chief operating officer in May, to further support the continued growth at the company.

“Our core mission is to equip businesses with the tools they need to build high-converting campaigns and Rooster allows customers to re-engage abandoning visitors with targeted messaging from their landing pages,” says Rick Perreault, CEO at Unbounce. “We could not be more excited to welcome Rooster to the family as part of our ongoing effort to bring more value to our customers.”

“For us, this is an opportunity to team up with a company that shares our passion for online marketing and conversion optimization, and can make our technology available to a wider audience of marketers,” says Wallace.

The Rooster team will be joining Unbounce at their Vancouver HQ. 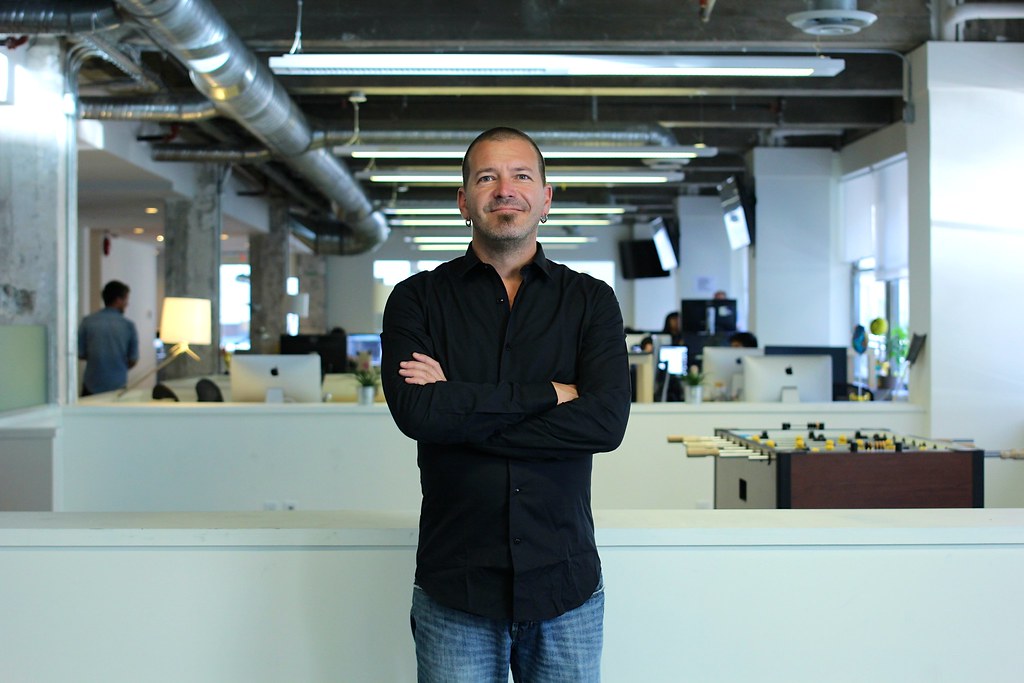 Unbounce’s catchy name encapsulates the “stickiness” of the website landing pages it offers.

The company itself, however, has as much spring as any tech startup in the world.

The Unbounce team, headed by founder Rick Perreault, has grown from its humble roots of six original co-founders to 70 employees by the end of this September—enough to necessitate the move to a new office last month as well as recent expansion to Montreal.

“This time last year we were about 27 employees,” says Perreault. “Business is good.”

In his previous marketing roles, Perreault noticed the need and demand for website landing pages was high for his and countless other companies’ marketing campaigns. But there just weren’t any good options available.

“I.T. was a bottleneck, the few solutions that were out there were enterprise level CMSs, and that was well out of the budget of most mid-market companies I was working with,” says the 46-year-old entrepreneur.

So in the summer of 2009, Perreault convinced a crew of five former co-workers to quit their day jobs and form Unbounce to fulfill the untapped demand he saw waiting.

The company is at 7,300 paying customers and growing, having passed the 5,000 mark back in January this year.

Born of the marketer in Perreault, it’s no surprise that the company pushed online promotion heavily right from the first day. The commitment from day-one to a well-written blog built loyalty and interest before Unbounce even launched a final product.

“While the product was being built, we built our reputation,” says Perreault. “We were slowly gaining credibility with the industry we were going to be playing in, and building relationships with thought-leaders and future customers.”

In doing so, they became a thought-leader themselves, so when the platform was introduced, there were people chomping at the bit to try out what Unbounce had to offer.

In this way, Unbounce is unique in the tech startup world where marketing usually comes much later in the shaping of company strategy. Concepts like conversion rates and A/B testing are at the core of Unbounce’s essence, so emphasis on a marketing-driven approach early on was natural.

They’ve specialized in those and similar fields to such a degree that Perreault says it gives them great competitive advantage in a young, still-burgeoning niche.

“I think our space today is what SEO was 10 years ago,” he says. “The next big thing is post-click… we should be doing A/B testing, we need to build better post-click experiences.”

By using Unbounce’s testing and conversion rate optimization (CRO) tools and tips, companies won’t just see a rise in sales, they will see an increase in their return on investment.

“You can make really small changes that can have a huge impact to your conversion rate which is far more cost effective than doubling your ad spend,” says Perreault.

The overwhelming response to their tools and expertise has led the Unbounce team to hold their first conferencethis month.

At the Call to Action conference experts of online marketing will gather to discuss their craft and provide actionable take-aways to attendees. Even after the event, Unbounce shows no signs of slowing down in the foreseeable future.

Perreault will be at the upcoming Techvibes Tech Fest to scope out the talent in attendance as the company is recruiting for 16 available job openings.

With its success and growth, the company hopes to “unbounce” some of the best minds of Vancouver into the right positions of its ever-expanding ranks.